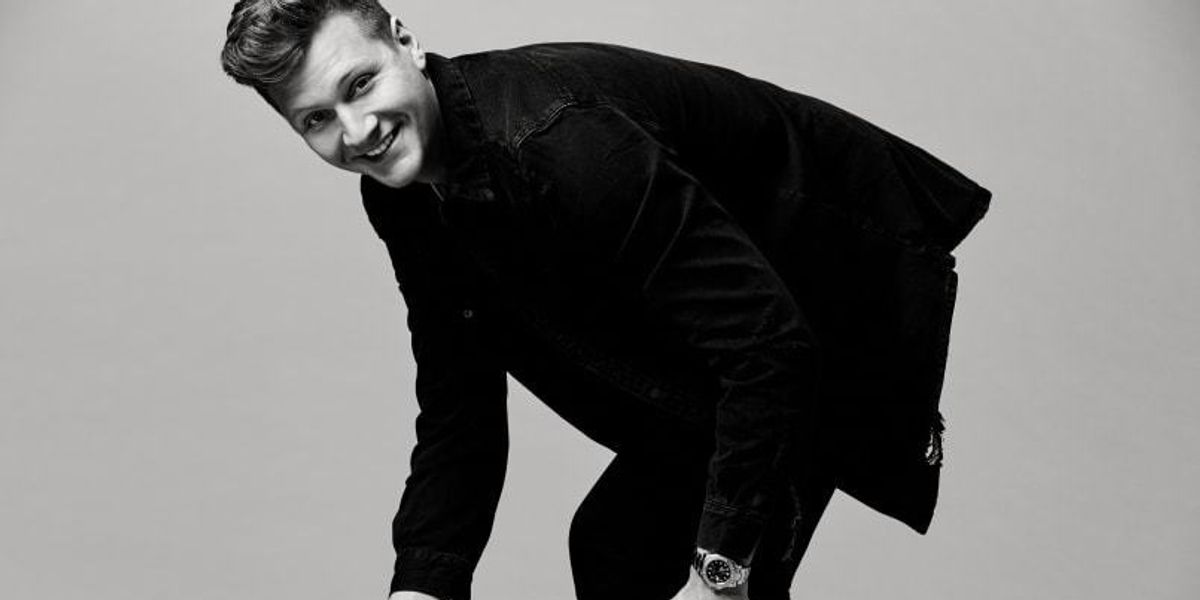 Matoma Joins MNEK and Kiana Ledé for 'Bruised Not Broken'

Of course Matoma released another summer banger. Based on the producer's past discography of upbeat bops like "Old Thing Back," or his collaboration with The Vamps, "Staying Up," it's a given. With the support of MNEK and Kiana Ledé powerhouse vocals, his latest single, "Bruised Not Broken" is a dance track with groovy instrumentals and uplifting lyrics.

​Its chilled, laid-back vibe combined with house notes work as a vehicle for its motivational message. "The lyrics connected with me," Ledé says. "No matter how much damage we suffer, we still must get up and keep moving."

But, the new music video for the song was unexpected — even for those involved. "When we received the video treatment we were all so impressed by the fresh take on the song," MNEK says. "I had no idea of what a video for 'Bruised Not Broken' would look like, but I'm so glad that it turned out like this."

The campy portrayal of the song begins with the three artists' heads frozen in a walk-in fridge next to fish, cured meats, and other freezer-stored goods. Their body parts are segmented and placed in different areas of the kitchen. The video follows the trio as their limbs try to escape the terrorizing butcher that presumably chopped them into bits. By the end (spoiler alert), the villain is locked up, watching the three of them live their best lives as their floating limbs are reunited and dancing about.

Below, Matoma talks to PAPER about how the collaboration came about, where the idea for the video came from, and what the energy was like on set.

This song feels like a new direction for you. Why did you decide to go for a new sound?

I'm always experimenting with new sounds and never like to stay in just one palette, but the common thread for my music is always that it should make you feel good. As one of the first songs I wrote in 2019, I guess subconsciously I wanted it to have a fresh feeling to it. I also really let the energy and vibe of the room shape where the music goes, and we just ended up having a lot of fun with this one. So it found a natural bounce and groove.

What influenced you to produce this song?

I wrote it in London with MNEK and another amazing writer Ryan Ashley. As we were chatting and getting to know each other, we shared that we were all a bit down about something. I was missing my girlfriend as I hadn't seen her in quite a while, and MNEK just found out that day he had to move out of his studio, which meant so much to him. So we started exploring these ideas about having hard times or down feelings, but that positivity can pull you through!

How did the collaboration with Kiana Ledé and MNEK happen? What was it like working with them?

I have wanted to work with MNEK for the longest time. I've always loved his writings, his voice, but above all, I could just tell he has such a positive vibe and personality, which is really what I look for. After what must be a couple of years of trying to find a date, we finally locked a day to work together in London at the beginning of the year. We wrote and pretty much finished the song in a day. Talking together online, we both wanted to find a strong female voice to deliver the second verse and make up a duet and almost teamwork feeling for the song. We both really loved Kiana and got in touch. She was in LA the same time I was, so we got together and she nailed it. Often a lot of work is done remotely and I don't get a chance to meet our collaborators, but I'm so glad we did. She has the most insanely fun energy. This is one of those songs where it's just a mixture of all of our personalities and good vibes in an organic way.

The music video matches the lyrics in such an interesting way. Where did the idea come from?

I was talking with my manager about ideas for how we could represent the spirit of the song in a video. We picked up on the one line, "I put myself back together," as really representing the sentiment the most. Then [we] had some goofy ideas about me, MNEK and Kiana all being broken in pieces and putting ourselves and each other back together. My manager contacted a director he loved that he worked with before called Carlos Lopez Estrada, and he, in turn, brought in his collaborative director Jeff, and the two of them developed the idea and came up with the approach, which honestly was just genius.

The three of you looked like you all are having such a good time in the music video. What was it like on set?

It was pretty fun. I think we were all running on adrenaline and coffee, Uzo [MNEK] had just flown in from London, Kiana was in the middle of crazy promo, I had just come from no sleep after some shows, but we all got together and gave each other the best energy. When we saw the set, met some of the team and the dancers, and started running through shots, it was impossible to not have fun. It was like being a kid and just goofing around. I felt so humbled and honored that this whole big team of people would dedicate their time and energy and craft to making something so special.