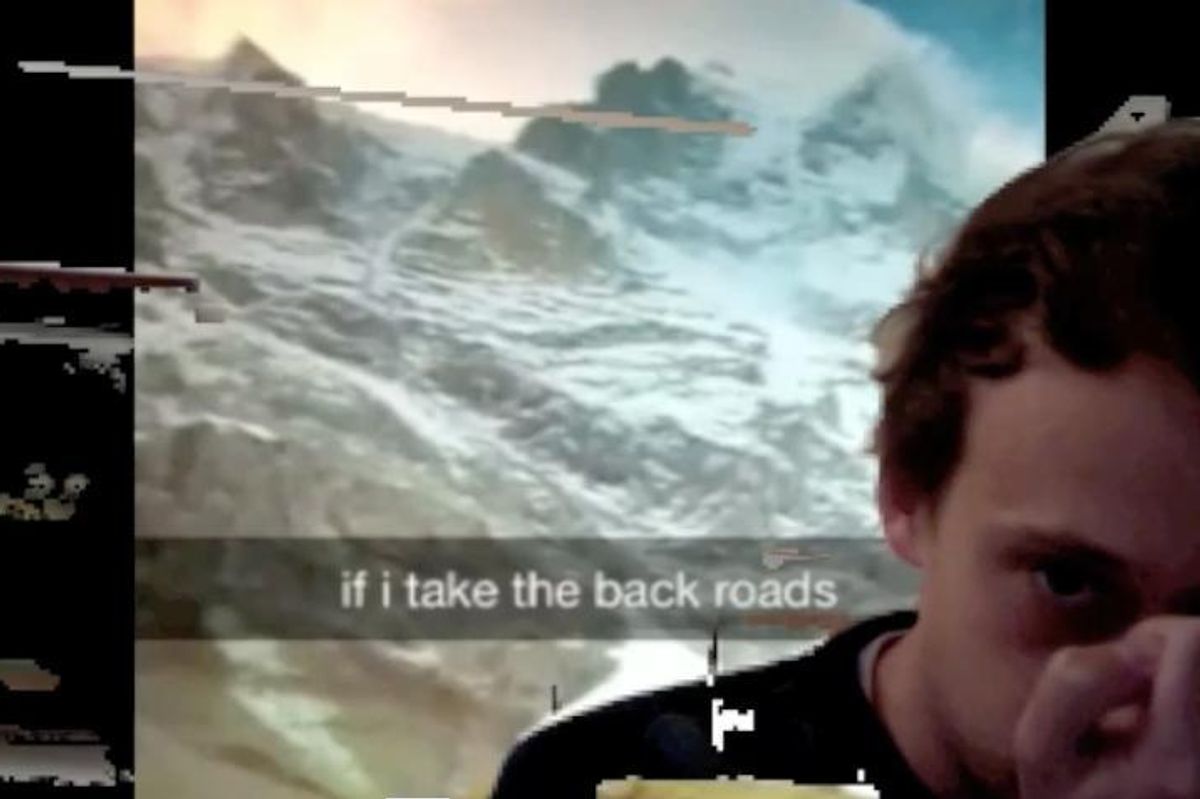 London-based producer Mat Riviere's new video for the yearning "san pell" is absolutely enchanting in its earnest simplicity. Because for what the video lacks in fancy production tricks, it makes up for in its whimsy-tinged introspection and ability to bask in the banality of the present. Made alongside writer Stacey Teague, "san pell" brings together screenshot collages, Snapchat stories and grainy found footage -- a visual choice that Riviere told The Quietus was inspired by the rise of Vine and Snapchat, and how the type of documentation they facilitate "relates to memory and nostalgia."

"It sometimes seems that we are living several lives simultaneously, he explained. "Our histories don't leave us like they used to, the past is constantly looping somewhere online." And one thing designed to tap into this (especially online) is branding and subsequent consumption, which is symbolized in Riviere's song/video by the ubiquity of San Pellegrino cans.

"San Pellegrino came to represent, for me, something like the failure of memory. Like… I don't remember what I said at the airport but I remember what I was drinking," he said. "As if our memories operate more like adverts than anything else." Watch the video below.