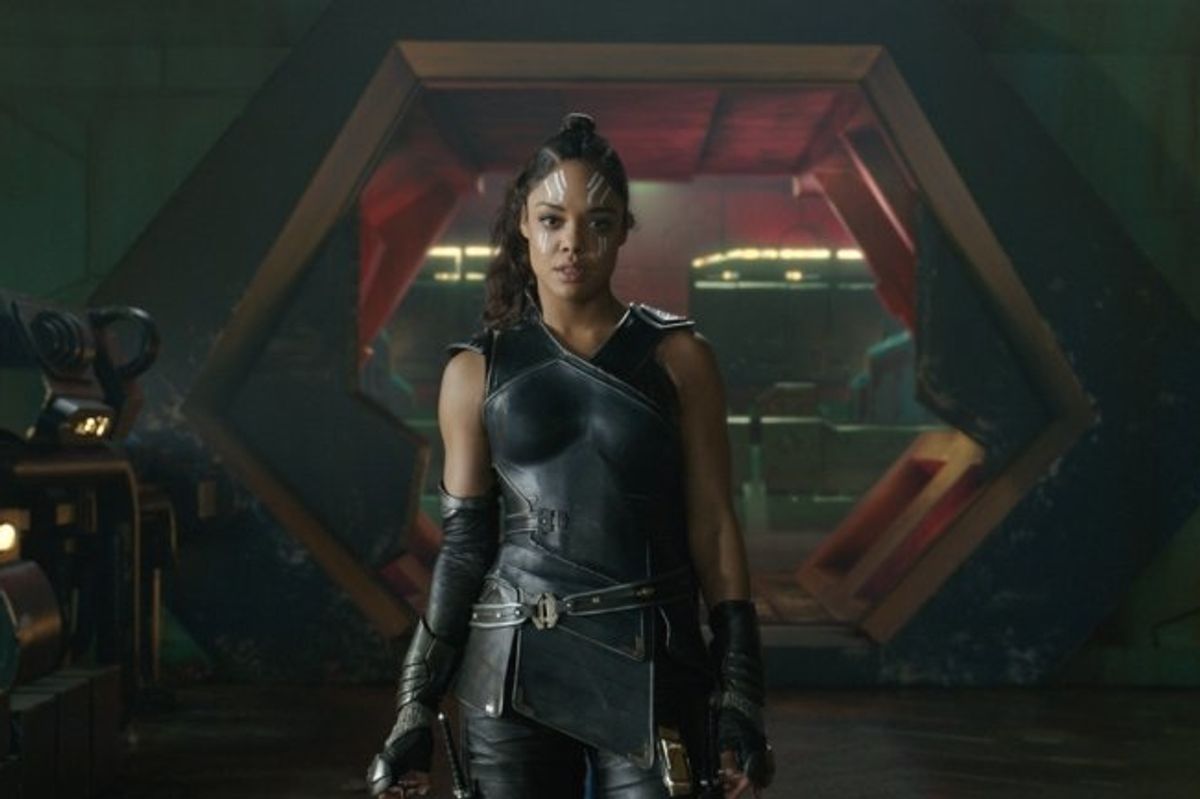 Marvel is going gay, and stans are here for it! On Saturday night at San Diego Comic Con, Marvel revealed their plans for Phase 4 of the Marvel Cinematic Universe, and one of their biggest announcements involves the announcement of their first LGBTQ hero: Tessa Thompson's Valkyrie.

At SDCC one of the films in the Phase 4 timeline is Thor: Love and Thunder, wherein Natalie Portman's character Jane is set to play the female Thor. Valkyrie, who is the new king of Asgard (after Thor has ventured of with the Guardians of the Galaxy in Avengers: Endgame), will also be featured in the film. And during her time onstage with Chris Hemsworth and Taika Waikiki, Thompson said, "First of all, as king, she needs to find her queen."

Tessa Thompson on Valkyrie: “First of all, as king, she needs to find her queen.” #MarvelSDCC pic.twitter.com/XR1I2wsUNR

In an interview with io9 after the SDCC Marvel panel, Kevin Feige confirmed the news that Valkyrie will be involved in an LGBTQ storyline. "The answer is yes," Feige said. "How that impacts the story remains to be seen with that level of representation you'll see across our films, not in just Thor 4."

Taika Waititi is so powerful, Natalie Portman wanted everyone to forget she was ever in the MCU and he rolled up to her like “that’s really cute, what if you got to maaaaybe kiss Tessa Thompson though” and she signed that thang in a heartbeat

Thor: Love and Thunder is set to come out in November 2021.

Aside from Thompson, actor Lauren Ridloff is also representing as the first deaf superhero in the MCU as she'll play the role of Makkari in The Eternals, which also stars Angelina Jolie and is set to come out in November 2020.