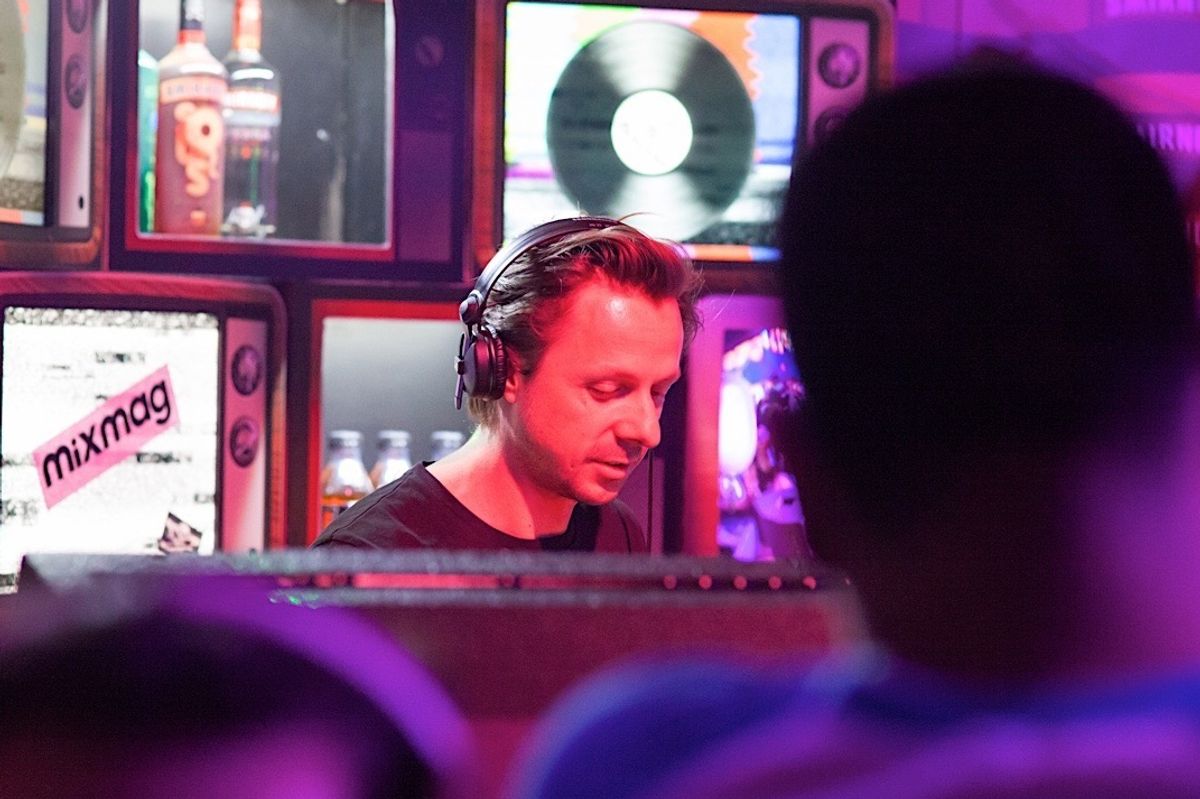 This past weekend Smirnoff sent us to Las Vegas to check out the Smirnoff House at Electric Daisy Carnival. We got to see great acts like Hardwell, Alesso, Ingrosso, Brillz, Ookay, Martin Solveig and more. We had the chance to chat with Solveig, the Parisian-born DJ best known for his hit dance single "Intoxicated," before his headlining set at the fest. We talked about working with Madonna, his residency in Ibiza, and performing at America's largest electronic music festival.

What's your favorite part about being here in Las Vegas?

Playing EDC is definitely my favorite part. It's once a year, it's a very important festival. One of the first that has become a monster or a master festival in the U.S. for our genre of music and yes it's definitely the reason why I'm here.

What takes up most of your time?

I have the chance to do a lot of sessions in Los Angeles, and so I often use my trips to Vegas to do that, but this time I'm in and out because I have my residency in Ibiza, which is on right now so I have to go back.

Tell me more about Ibiza.

I play twenty shows in a row every week, every Wednesday from the last week of May till the last of September or first of October. This is very, very unique and very special for an artist and a DJ to do that kind of residency. Commitment is huge but it also allows me to make this show very, very personal and very unique because I get to work on it for basically the whole winter, and I can invite all my friends, all the guys that are considered the best DJs in the world and really prepare a very special party for them.

Who are the other DJs we should be watching right now?

The list is endless. I've collaborated with GTA, who are from L.A. and I'm playing with them tonight on the same stage. They're playing just after me so that's great, they are definitely guys that I was very happy to collaborate with. I've started a collaboration with a young guy from the U.K. called Billy Kenny. He's still very underground but I'm sure the world will hear a lot about him in the future. I'm more interested in general to collaborate with newcomer artists rather than established ones, in my zone. Of course I've worked with Madonna. I've worked with superb artists but for me it's more inspiring to open up to kids who can be fifteen or twenty years younger than me, and who will have an approach that will teach me a lot.

It's the best, she's fantastic. She's a great artist in all the sense of the word. I've learned a lot working with her.

Where are you based?

I have a place in Ibiza, I have another basecamp in Europe. The amount of traveling makes it difficult to really have a traditional home, but I will get there.

What will you be playing tonight?

Now is a very interesting time in music, things are changing really a lot, quite drastically. I sort of made a curve in my path going a little bit back to all my roots of music, which is house and techno. I've started this two years ago, typically with "Intoxicated" and with the release with GTA and so I'm very much into the zone right now. Meaning house and techno contemporary delivery, but it's a little bit far from the codes of EDM. What I'm working on now is that kind of music that normally applies more to clubs because of the energy -- basically a club set is basically like a wave, and if nothing happens during four or five minutes it's even better because then the people get into the vibe, and then when something happens it's even more exciting and you build a set on a three or four or even more hour journey. As in the festival, basically if nothing happens in thirty seconds everyone's standing like, "What's happening?" So my challenge is to kind of change this and to make people excited for a different kind of energy but still in a big festival stage. That's what I'm going to try tonight.

What's next from you?

I just released a new single called "Do it Right" with Tkay Maidza, It's been just out on the internet. We basically released it on just Spotify first two weeks ago, it's going super well. I have a couple of other tracks to be released in the next month. And yes, I have a full and very exciting Ibiza residency plus the rest of the touring and a lot of big shows mainly in Europe this summer. I'll be back in California in September and I'll be back to Vegas in October as well.

Watch the video for Solveig's newest single, "Do it Right" ft. Tkay Maidza