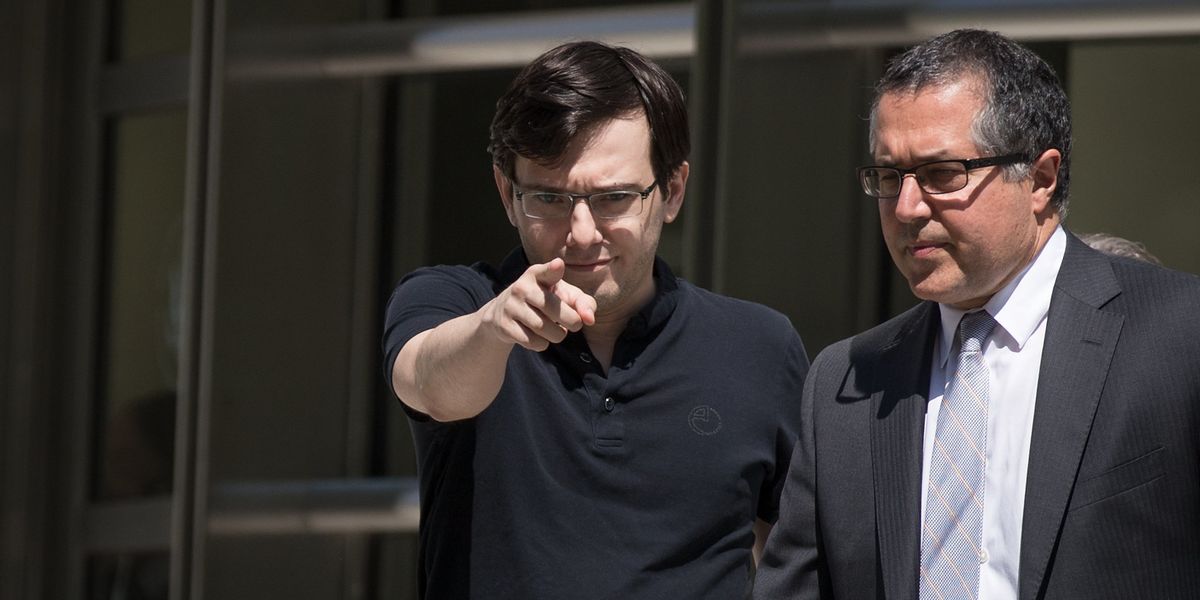 But today, Shkreli was sentenced to seven years in prison for fraud. After all legal fees and fines, his net worth is still approximately $20 million.

While his lawyer Ben Brafman tried to paint a positive image of his client, prosecutors were less lenient.

"He doesn't think that he did anything wrong because he thinks he's different," said prosecutor Jacquelyn Kasulis during the sentence. "He thinks he's better than everybody else and the rules don't apply to him."

On February 26th, Judge Matsumoto ruled that the former pharmaceutical CEO be held responsible for his investors' losses, which totals approximately $10.5 million. Prosecutors stated that between 2009 and 2014, Shkreli lied to MSMB Capital and MSMB Healthcare investors about the status of funds — and as the CEO of Retrophin, he used the pharmaceutical company's funds to pay off personal loans, debts, and LSMB investors.

Bail was set at $5 million, but then revoked when Shkreli offered $5,000 on social media to any individual for a strand of Hilary Clinton's hair.

Shkreli is most infamous for raising the price of AIDS medication Daraprim by 5,000% — the biggest outrage in recent pharmaceutical news. Raising critique from virtually every industry, including Donald Trump, the Pharma bro has been called everything from "brat" to operating a "Ponzi scheme."

The Federal Bureau of Prisons will be deciding which federal prison Shkreli will be sent to.