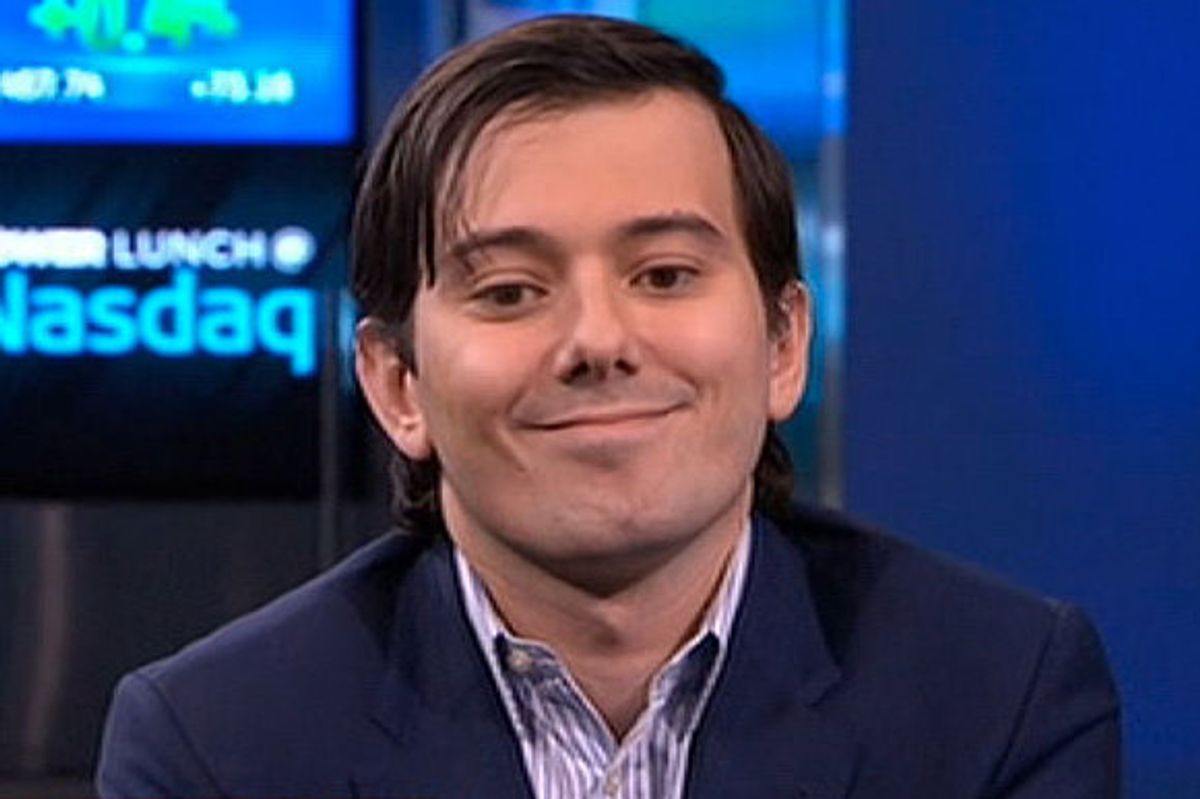 Martin Shkreli Is Auctioning Off His Own Face To Punch

In a shocking turn of events, Martin Shrkeli his infamy for a...good cause. The reviled former pharmaceutical CEO is auctioning off a chance to sock him in the face to benefit a friend of his who tragically passed away from cancer.

I will auction one slap/punch in the face to benefit my friend Mike who passed away & leaves behind a young son who survived cancer. DM bids
— Martin Shkreli (@MartinShkreli) September 26, 2016

Shkreli revealed that said-friend was one of the people who orchestrated his past media stunts, and that he will not only match whatever donation one gives ("to a certain point"), but will allow you to video it, and post it on social media.

I'll match donation to a certain point. You may video the slap/punch. Mike architected my publicity stunts & I bet he is watching, smiling. https://t.co/kqnvQtJ10T
— Martin Shkreli (@MartinShkreli) September 26, 2016

He's since given us an update to the donations, which are, as expected, very high:

This is all also coming from the same man who has plans to resurrect Harambe.

This is also the man who raised the price of HIV/AIDS combative medication Daraprim by 5,556%.

Fuck you, Martin. But also, somebody please punch him in the face so that little boy gets money.