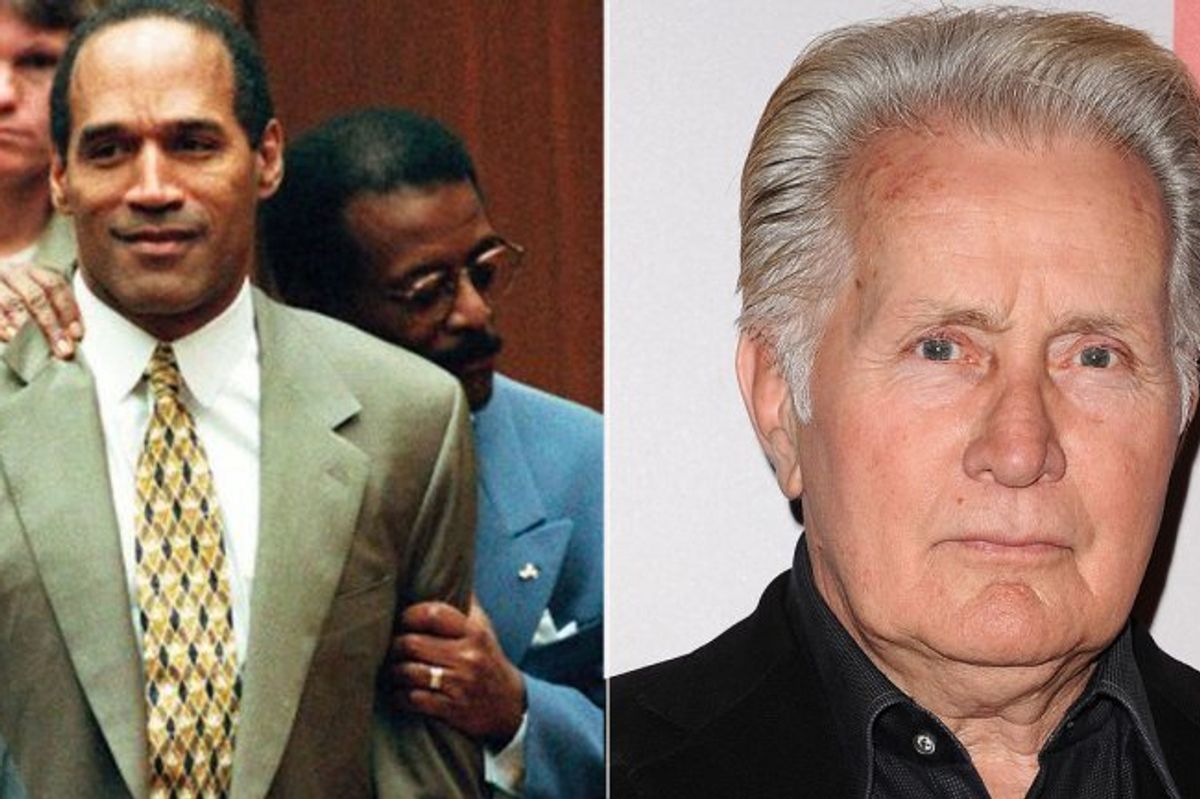 In "sure! why not" news, Martin Sheen is executive-producing a six-part true crime docuseries entitled Hard Evidence: O.J. Is Innocent.

The limited series, which will premiere next year on Investigative Discovery channel, will--not surprisingly--attempt to prove O.J. Simpson's innocence in the murders of his ex-wife, Nicole Brown Simpson, and her friend, Ron Goldman.

According to The Hollywood Reporter, Sheen's project will reveal "critical new evidence" that paints a very different portrait of the grisly events that took place at the Simpson's Brentwood estate on June 12th, 1994.

The award-winning actor will also narrate the series, which comes on the cusp of a renewed interest in the "trial of the century," in the wake of Ryan Murphy's wildly popular FX series American Crime Story: The People Vs. O.J. Simpson.