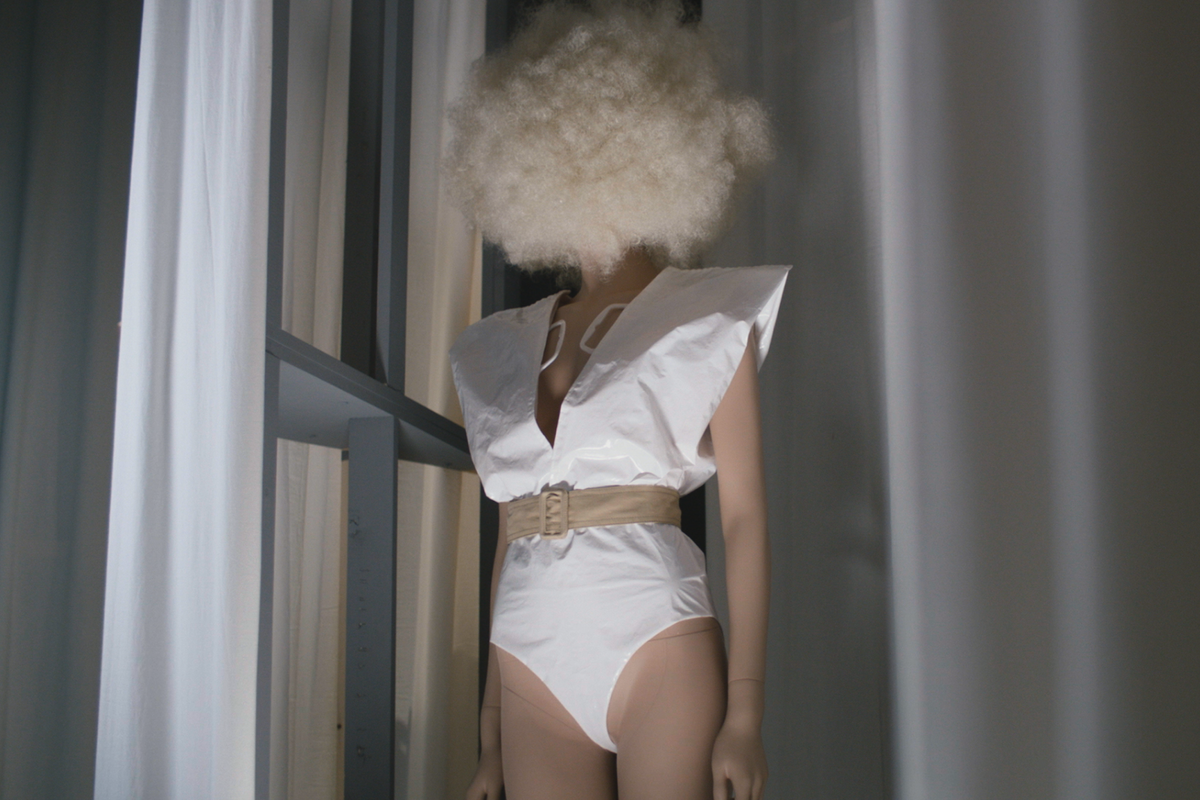 Now that it's finally available to watch online, the conversation around one of fashion's most enigmatic characters has once again picked up as more people start to analyze his every word in the film. While he still doesn't show his face, this marks one of the very few times Margiela has ever given an interview, offering viewers a rare look into the designer's mind as he walks us through his decades-long career.

Reiner Holzemer, the director behind the film, is perhaps best known among fashion devotees for his documentary on the Belgian designer Dries van Noten, though he doesn't describe himself as a fashion person by any means. "I had no negative or any kind of reputation in that world," he tells PAPER. "I had nothing to compare. I was looking at the person and the surrounding of the person. That was my focus. I think it was an advantage."

The success of Dries made Holzemer to want to learn more about the industry, so he went about seeking another protagonist in fashion for his next documentary. After coming across an exhibition in Antwerp about Margiela's work at Hermés, he immediately knew who his next subject should be. "I said to my co-producer, 'This is the man I would love to make a movie about,'" he says. "Then she said 'Ok well, keep dreaming, this guy has never done an interview.'"

But after hearing about an exhibition he was planning in Paris at the Pallais Galliera museum, he wrote to the curator Olivier Saillard asking if he could get in touch with Margiela. Three months later he got an email from Margiela asking to meet to discuss more about the project. "I think it was in May when I saw the exhibition and then in December or January, I met him for the very first time," Holzemer says. "And then the convincing went on and it didn't stop it until the very end. The trust was growing, he trusted me. And then he finally said 'yes' to a documentary."

While many Margiela obsessives were not initially drawn in by Margiela's minimalist work at Hermés (the late fashion critic Amy Spindler was reportedly not a fan), Holzemer had a different viewpoint. "I really liked what I saw," he says. "I had the impression that these garments, which were 15 years old, could be worn today. It was a pure elegance."

While Margiela's shyness often gets referenced as the reason for why he's so private, Holzember's previous experience as a documentarian enabled him to work with his subject in a way where viewers could hear him open up for the first time. "With Martin, we would have very nice and interesting conversations the whole day, but of course he was not used to talking to the camera, or even just to a microphone," he says. "And the moment we switched on the camera, he was blocked. He could not talk anymore."

"He is really, really a brilliant talker," Holzemer continues. "But he had to lose that shyness. In two days maybe, I could really hear in his voice that he found the security and also the fun, the excitement about being able to talk in front of a camera, which he never did before. He wasn't even giving written interviews before. I found only one interview. I think it was 10 questions like, 'What's your favorite color?' The answer was just 'White.' But this made it all different."

At a certain point in the film, Holzemer's voice is heard for the first (and only) time where he asks Margiela, "Have you said everything that you want to say in fashion?" And Margiela responds with a simple "no." "To be honest, I was not very happy that the Americans decided to put this into the trailer of the movie," Holzemer says. "In Europe, we did not do this. Many people wrote about it, of course, because they were thinking, 'So what? Will Martin come back?' That's the expectation, but I don't think that he will come back to the fashion world."

But while it looks like Margiela probably won't be returning to fashion anytime soon, Holzemer is not ruling out working with another fashion subject at some point. "Right now, we stopped all conversations and we are not approaching people because we respect the difficulties and that they have hard times putting collections together," he says. "They don't know if they can make a show. They might not even know if they will exist too, so I think there's bigger problems to making a movie, right now. I think you have to be a patient. It took three years for Dries to say yes."

Margiela: In His Own Words is available now for digital rental through select U.S. cinemas and partners. Watch the trailer, below.