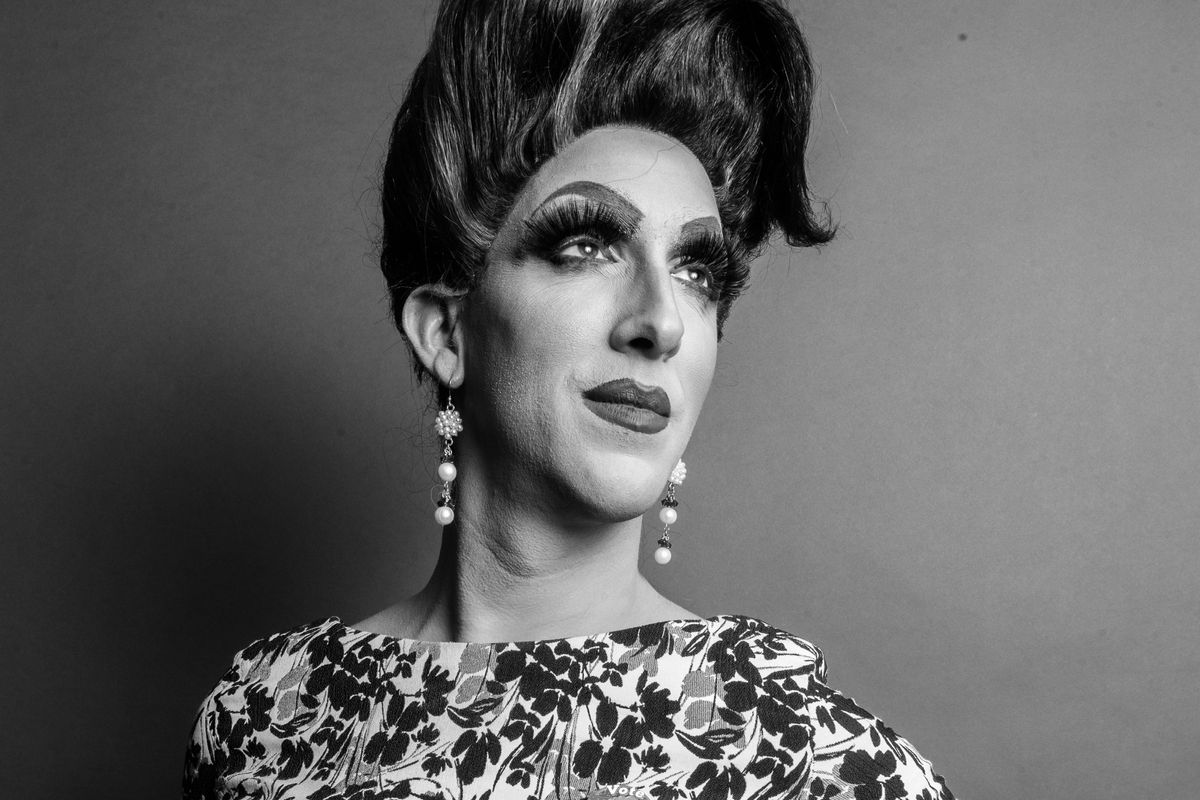 Marti Cummings is not like other politicians. An accomplished drag queen and queer activist, they are running to be New York City's first nonbinary city councilor. So when they needed to raise money for their race, the party was going to look different to most political fundraisers.

Some of the New York queer community's finest lent their talents to the fundraiser, which took place on January 11 at the home of young queer philanthropist Larry Milstein. Makeup artist Will Sullivan gave "a little glam" to attendees. Meanwhile, fashion photographer Hunter Abrams, known for his Met Gala portraits, set up a booth to capture the crowd's various looks.

"The event didn't feel like a traditional fundraiser because it wasn't," says community organizer and writer Adam Eli. "The night felt an intentional community gathering and a high energy queer skill swap. Everyone contributed what they could in service of our greater goal — getting Marti elected. And not all of the contributions were monetary." ​

The night kicked off with a speech by Cummings about why queer representation matters in politics. "Movements for queer liberation were started by the most marginalized in the queer community," they said, adding that their candidacy reflects "the diversity of this city."

A party for a drag queen would be incomplete without a show. West Dakota, a Brooklyn-based queen and model, gave a gender bending performance to Queen's "Somebody to Love" that had the dollars raining down.

Cummings came to New York to be a Broadway star but, in their words, "I was a little too pitchy." From Broadway they found drag and became one of the Hell's Kitchen drag scene's most beloved fixtures. Their work includes a drag rendition of Baby Shark that went viral in March of last year. Since "all drag is political," they quickly became a queer activist, founding the Hell's Kitchen Democrats, serving on Community Board 9 in Harlem, representing the community on NYC's Nightlife Council and serving on the board of the Ali Forney Center for Homeless LGBTQ Youth.

The race is crowded with eight other candidates vying to fill the open seat, but Cummings' campaign is confident their grassroots support will propel them to victory. Cummings is running in City Council District 7, which represents Morningside Heights, West Harlem, Washington Heights, and part of the Upper West Side in Upper Manhattan.

Explaining their decision to co-host the event, Milk from RuPaul's Drag Race All Stars 3, said Cummings and politics were a natural fit: "Marti allows us to connect with the inherently political roots of drag, and shows us how we can harness our own queer political power to demand what is right and just for marginalized communities."

Besides the looks served, the event was uniquely accessible — free and open to the public, unlike many political fundraisers where seats can cost thousands of dollars. "It's important to us that we reach out to everyone regardless of ability to pay because the people typically left out are exactly the ones who need representation the most," explained Brian Derrick, Cummings' campaign manager. Given the one-of-a-kind candidate and low barrier to entry, the crowd was made up of a diverse group of young queers, most of whom had never been to a political fundraiser before.

Attendees might have been new to the political scene, but they were committed to it. On Thursday, Marti's campaign announced they have double the amount individual contributors out of any other candidate in the race. They raised $215,000 in the first four months of their race with 93% of donations below $100, showing the grassroots strength of this campaign. The next phase will be to use these funds to get out the vote and introduce Cummings to the voters in District 7.

Marti's candidacy is about more than one person's political participation — and this early success shows how the queer community can have power in numbers when it comes together. "When I win city council I am taking YOUR voice with me," Cummings wrote on Instagram this week. "To work for you and to fight for you."