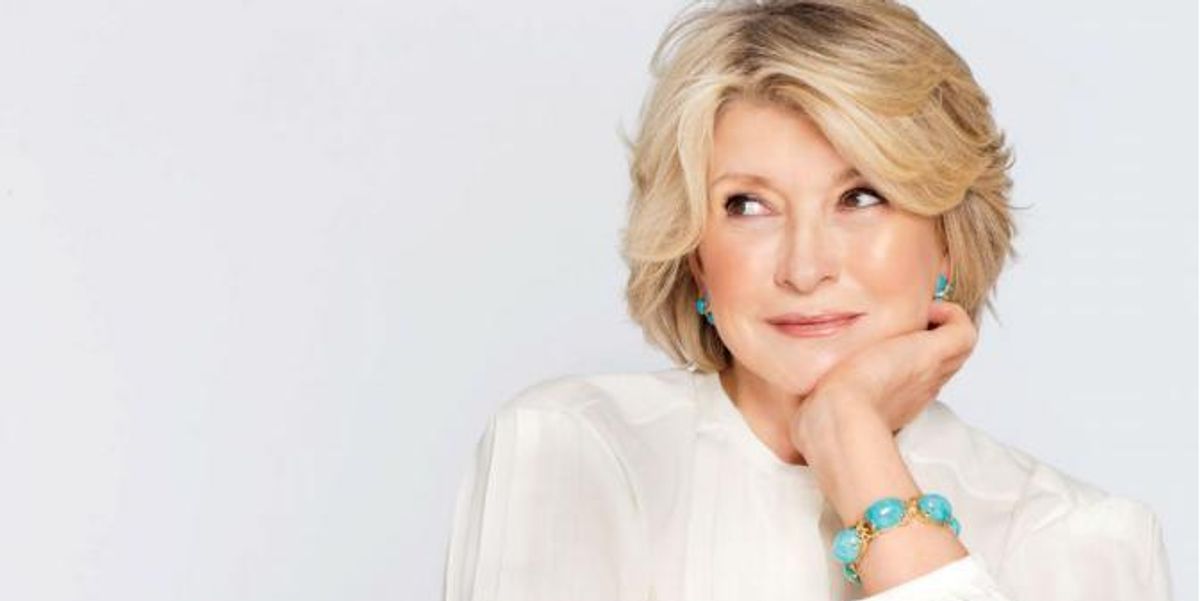 It's a good thing.

No matter how you feel about hover boards, you can't deny that they have a certain element of cool to them. Skateboards you don't have to put any effort into! Futuristic name that both makes you nostalgic for Back to the Future while also feeling like you're on the cutting edge of Tomorrow! Missy Elliott rode one in the "WTF (Where They From)" video!

But despite all this hype, domestic guru and cutting-edge tech aficionado Martha Stewart had never tried them out. On a trip to Qatar, Martha visited the home of former UN General Assembly President Nassir Abdulaziz al-Nasser and met his son Aziz al Nasser, and more importantly, his sweet board.

Aziz was kind enough to give Martha a spin, and she took to it as easily as she designs the perfect summer garden party tablescape.

Aziz let me use his hover board before dinner but after champagne Really easy but be careful of antiques! pic.twitter.com/zlWcigv6cH
— Martha Stewart (@MarthaStewart) March 23, 2016

We should all make like Martha when riding our hoverboards around the house. Definitely have a glass of champagne and engage a manservant to hold your hand just in case. But where she has to be "careful of antiques" you can bump into your Ikea furniture without concern.