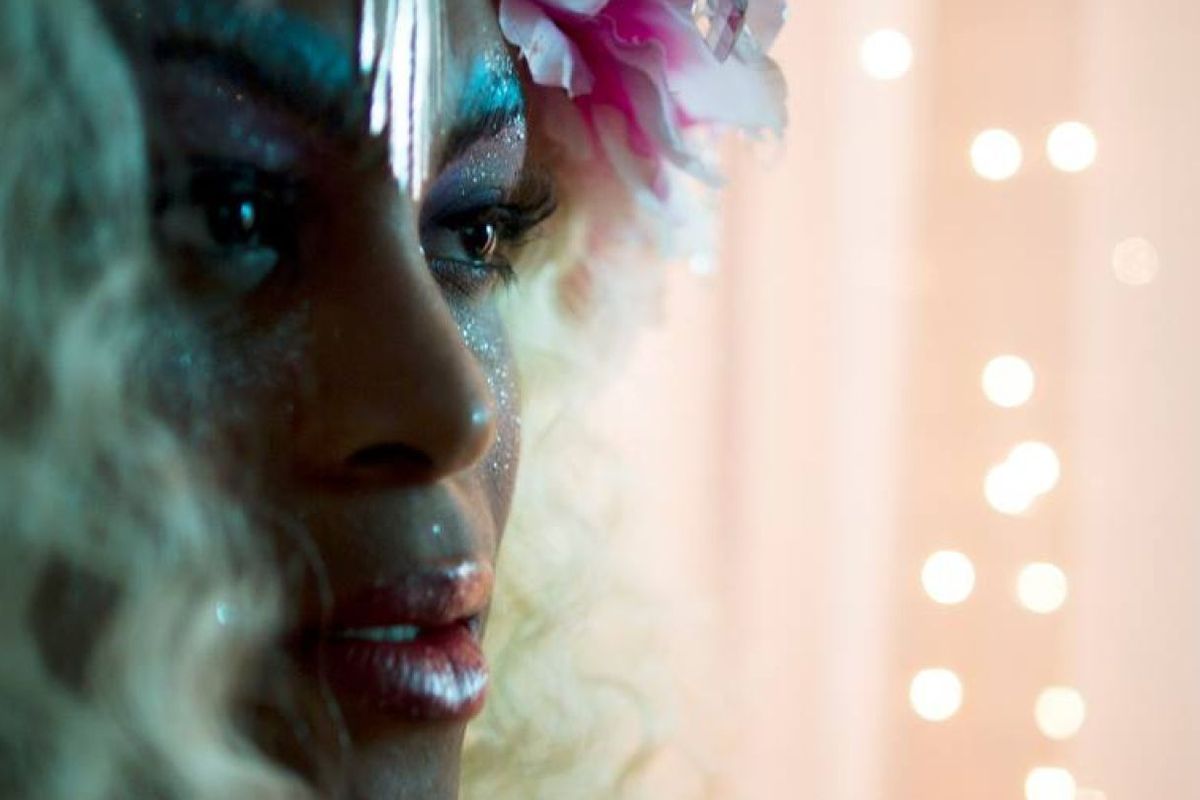 
There was an ancient-ness about Marsha Johnson, the revered trans activist and Greenwich Village artist. The way people talk about her as a saint, a blessed presence, a bodhisattva; parables of her giving away clothes, flowers, and maybe her last dollars on Christopher Street to people she thought needed it more than her. The gospel of her good will and her legendary role in the Stonewall Riots is known to anyone with a passing knowledge of the LGBT rights movement of the last 40 years. But however Christ-like she is cast in history, there was of course a human, a trans body, who lived and died; ate, slept, laughed and celebrated a birthday with friends. Myths are an imperfect consequence of any history or movement, but they enshroud otherwise real, complicated people.

In Happy Birthday, Marsha! from writer-directors Reina Gossett and Sasha Wortzel we get a look at the hours before the fateful events at Stonewall, while Marsha tries to get her friends together for her birthday. Mya Taylor, the break-out trans actress from this summer's Tangerine, plays the title role along with Eve Lindley as Sylvia Rivera and an appearance by Grace Dunham. As important as it is to make Marsha-centric story about the events of Stonewall, especially after the debacle of the film released this September, it is even more important to note that Happy Birthday is the rare, if unprecedented occurrence, of a trans woman of coloras both the writer / director / producer (Gossett) and star (Taylor). On the occasion of the films trailer release, linked below,the team behind the film answer some questions about the project:


What was your first introduction to Marhsa's story?

Gossett: I remember hearing bits and pieces about Marsha over the past ten years, her early activism and then in 2009 seeing amazing photos of her taken by Diane Davies and in old issues of Drag Magazine that Lee Brewester of Queens Liberation Front published. Later as I started to befriend Randy Wicker I came into contact with amazing footage that Randy has taken over the years of both Marsha and Sylvia Rivera.

Did you work / communicate with the people who knew Marsha?

Wortzel: Yes, we did. Because so little of the history of Marsha and her friends is documented or in archives, one of the way it lives on is in people they knew. When we first began our research we conducted interviews with a number of people who had been close to Marsha like Randy Wicker, an activist and documentarian. Randy was an active member of the Gay Activist Alliance and owned a store in the West Village called Uplift Lighting. Marsha and Sylvia both worked there at points and they also each stayed with Randy off and on in Randy's apartment in New Jersey. We also met Jimmy Camicia, director of the Hot Peaches, a theatre troupe that Marsha performed with. We even cast Jimmy as himself in our film. Miss Egyptt, who performs in our film, also knew Marsha, and Jay Toole, also in our film, was hanging around the village as a young street kid and sleeping in Washington square park around the time of the stonewall riots as well. After shooting the film, our friend Di Tourjee put us in touch with Darren Wilson, a film professor at NYU, who had an interview on VHS he has shot in his basement in NYC in 1991. This footage became a critical component of our final film. Throughout the process we continue to encounter people who knew Marsha or were touched by her in some profound way and are living her legacy.

Gossett: So much of the history of people like Marsha and Sylvia is held in prison and jails, where other incarcerated trans and gender non conforming people are held. During their lives both Sylvia and Marsha worked to highlight the issues of incarcerated trans people, especially sexual violence, the targeting of people doing sex work and legal support for incarcerated people. One of the most touching moments came when a close friend of Marsha sent me a letter from prison detailing her friendship with Marsha as well as recounting the last time they saw Marsha the night she went missing.

[Ed note: Marsha was found drowned in the Hudson River in July of 1992 after the Gay Pride Parade. The case of her death, originally ruled a suicide, was re-opened in 2012 and labeled 'undetermined.']

Did you find anything out about Marsha that surprised you?

Gossett: That she was actually a Virgo!

What was the story of casting Mya Taylor?

Wortzel: We heard about Tangerine soon after it premiered at Sundance. We saw the film and loved Mya's performance, so we got in touch and she auditioned via skype. The rest of our cast was found through an open casting call or were cast from our everyday community.

If Marsha were here today what would you like to say to her?

Gossett & Wortzel: We got lost in the music too.