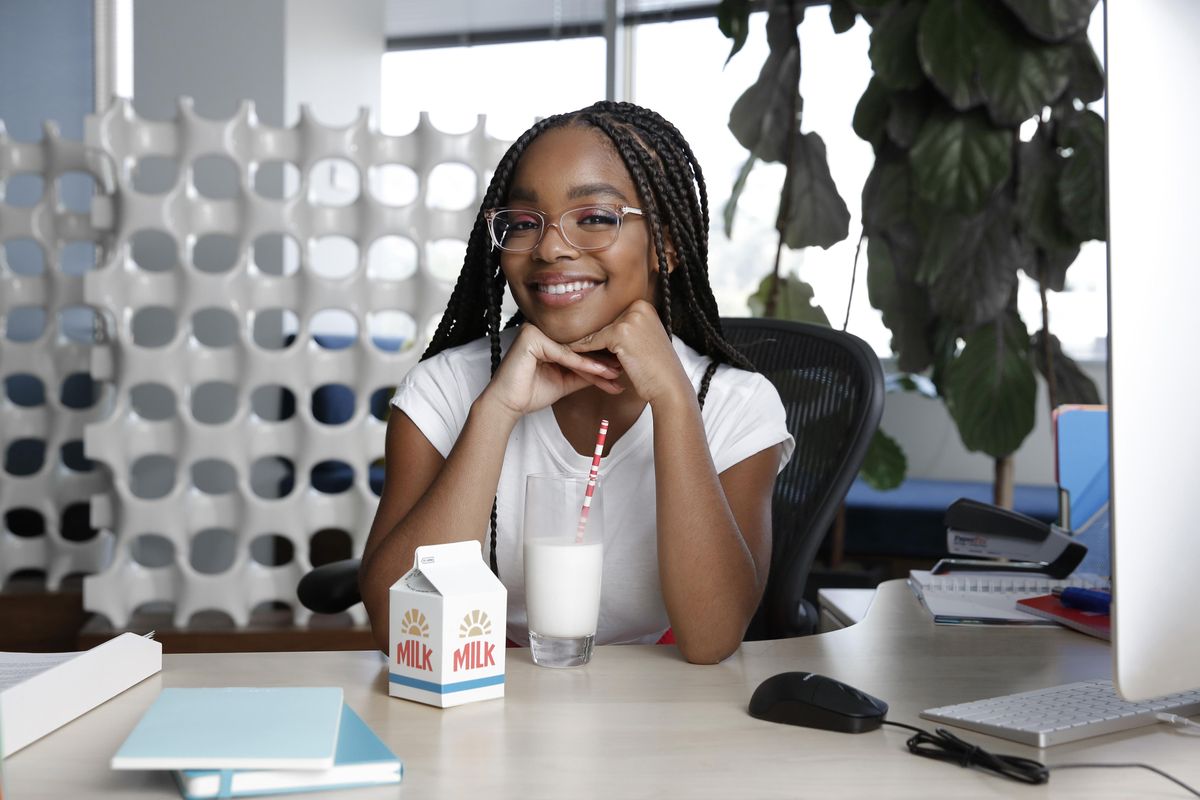 Actress Marsai Martin achieved a new milestone and now has the Guinness Book of World Records plaque to prove it. She's now, officially, the youngest Hollywood executive producer in history.

Martin got the award for her 2019 film Little, which she produced at just 14 years old. That's quite a feat — at that age, the only thing that I produced were headaches for my teachers.

The actress, and now producer, took to Instagram and Twitter to celebrate her new achievement with a touching message.

"Y'all...I done broke a record. What an amazing honor. Who knew Little would be historic? Huge thanks to Kenya Barris, Tracy Oliver, Tina Gordon, Will Packer, James Lopez, and our WPP team ... Thank you to our dope friends at Universal. Eric Baiers, Peter Cramer, Donna Langley, and my wonderful creators Momma & Daddy for making my dreams come true over and over again," she wrote.

The official Guinness World Records Instagram account also posted a video of Martin talking about how important the honor is. "To be able to create a film, star in it, be with your favorite stars, and actually seeing that entire experience was so amazing," she said.

Martin continued, "It was so fun and so exciting because with my mind, I always want to create things that make me happy and that I would actually imagine myself doing or being a part of. With those types of ideas that I have, it's insane when it actually comes into fruition."