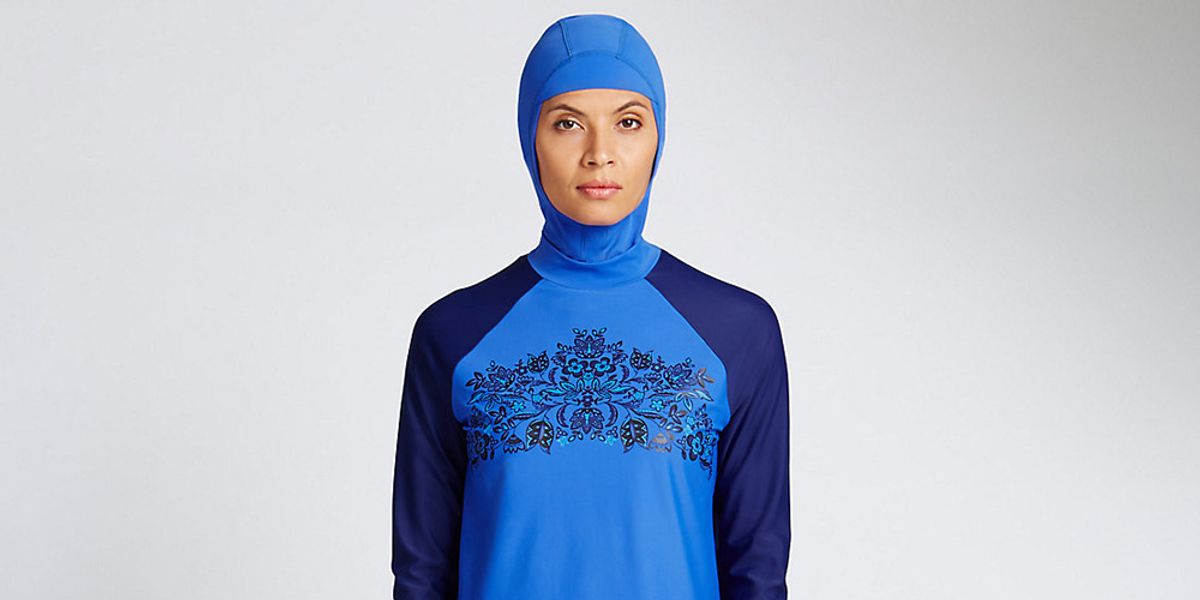 Marks & Spencer's Releases A Line Of "Burkinis" And Bigots Are Mad

For some reason in 2016, people think it's still a-okay to police other people's religious beliefs and/or what they wear -- as proven by the backlash UK-based retailer Marks & Spencer's new "burkini" swimwear line has caused.

Yep, in a move to ensure that all women -- regardless of religious belief -- can comfortably enjoy a dip in the pool, the brand decided to bring their modest swimwear line to help accommodate the (long-ignored) needs of the UK's sizable Muslim population. And despite it being a staple in their other international markets, most of the online UK feedback thusfar has been pretty negative -- a backlash that began in The Daily Mail's comments section after they published a story about the M&S burkini being "ultimate proof Britain is truly multicultural."

Using the old "subjugation of women" point to back up your bigotry? Nice ploy, HaroldS -- too bad the intersectional feminists see right through you.