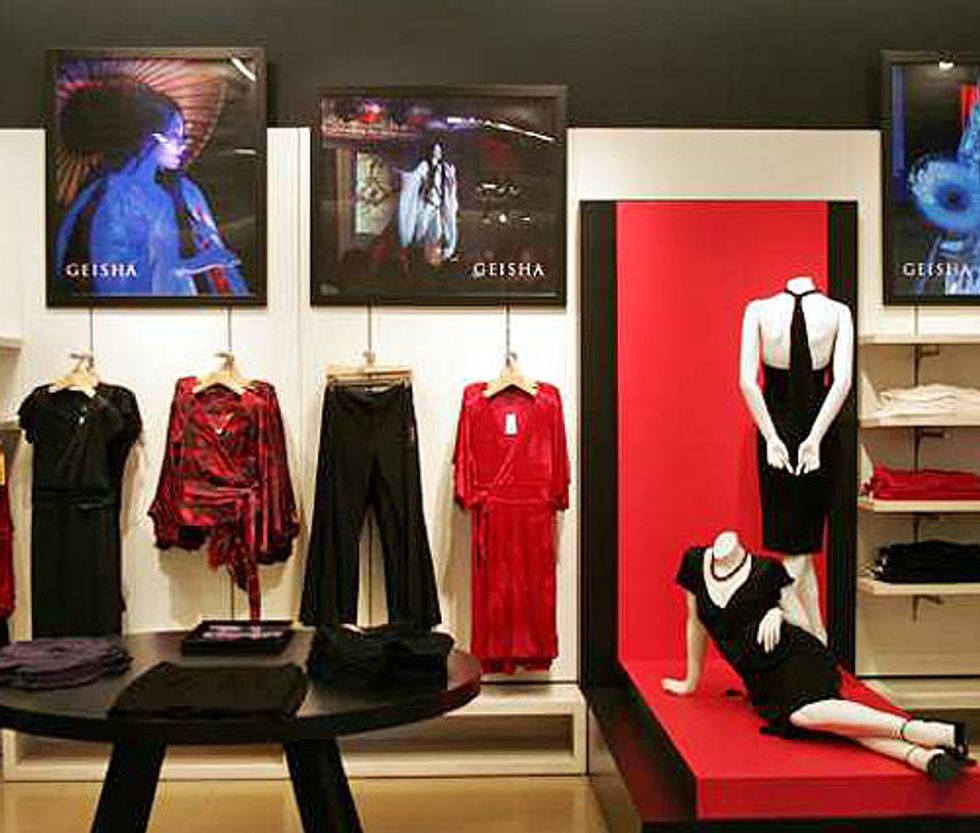 Will Memoirs of a Geisha set off a style trend or will it be another victim of an overactive marketing imagination?  Fans of Rob Marshall's Chicago are eagerly looking forward to his is latest effort starring Ziyi Zhang, and if they like it Sony's marketers are hoping they'll also go for the line of teas, cosmetics, silks and other high-end items that are going to hit the shelves in conjunction with the movie's opening this week. Banana Republic (pictured here) has already launched a section with limited edition items (some of which have reportedly sold out) inspired by the film. Icon is putting photo-print reproductions of abstract "Geisha" images onto shoes and leather goods. In an attempt to mimic the geisha's beauty ritual, Fresh added "Geisha"-logo items to its established rice and sake beauty products. Though many are skeptical (especially over in Japan where the thought of a Chinese woman playing a geisha has raised many a fine eyebrow) there's always the hope that Geisha will produce the same results as the jeweler Mikimoto which lent high-quality pearls to for use in    Girl With a Pearl Earring and Legally Blonde 2: Red, White & Blonde,  then sponsored screenings and in-store promotions. A few dozen customers at the firm's boutiques purchased items similar to those in the movies, including versions of the $37,000 double-strand necklace worn by Reese Witherspoon in Blonde and $5,000 earrings worn by Scarlett Johansson in  Pearl.
LA Times