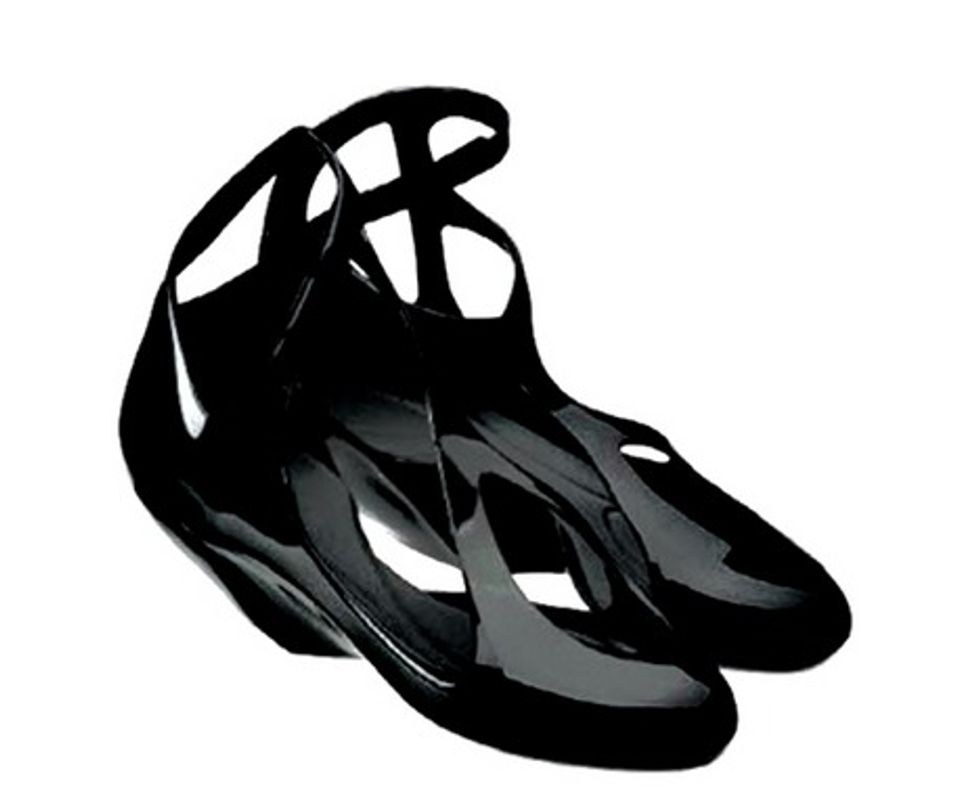 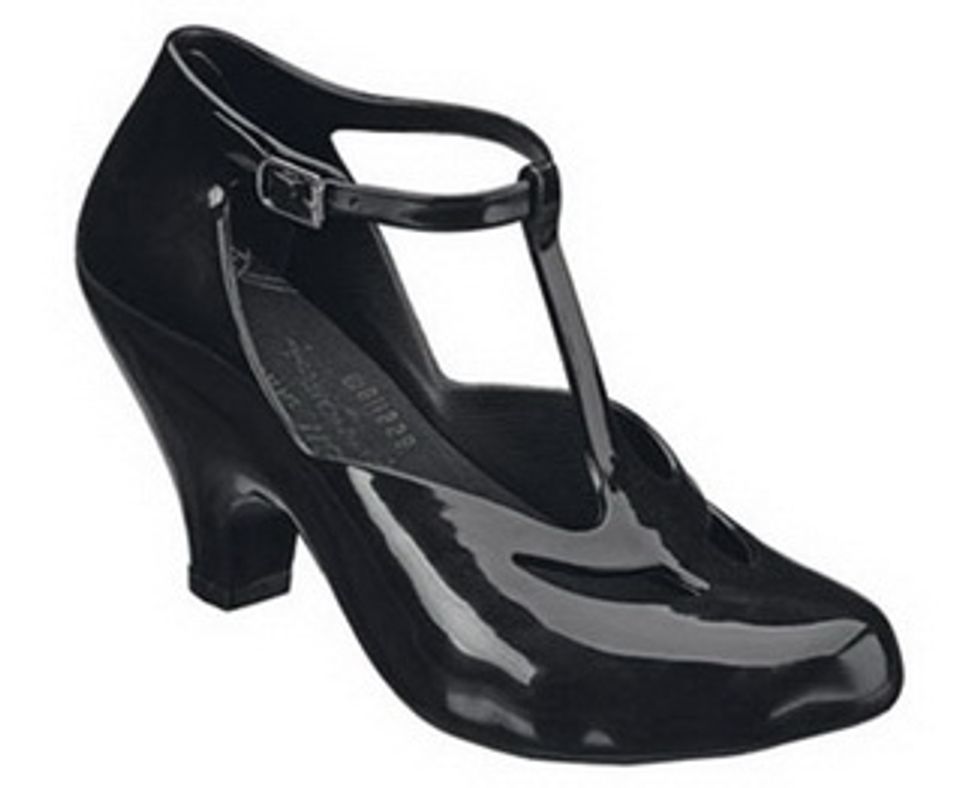 In the laundry list of mundane things that mystify me, plastic reigns supreme. Particularly what Brazilian based shoe label, Melissa, has managed to do with the material. Since launching in 1979 they've manipulated rubber -- very plentiful in Brazil -- into a dazzling array of fashion forward footwear. In the past, Jean Paul Gaultier, Thierry Muglier and Alexandre Herchcovitch have all debuted special edition versions of the fantastic plastic shoes. Now jumping on board: Zaha Hadid and Vivienne Westwood. Hadid, the iconic British/Iranian architect and Westwood, the iconic British designer/bon vivant have both debuted their own Melissa collections. Hadid's (top left) is as you would expect: all sleek and sensual and dark (much like the writer of this post perhaps?). Westwood's take on the classic Mary Jane (top right) is also as one would expect: quirky, whimsical and chic. Find both in... Brooklyn! Epaulet on 231 Smith Street sells them both. Call (718) 522-3800 or go online to www.epaulet.com.