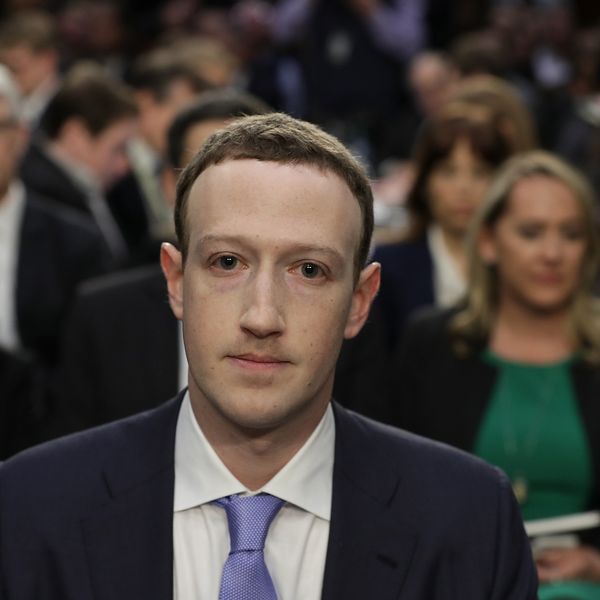 Mark Zuckerberg Memes Have Taken Over the Internet

You might have noticed Facebook creator Mark Zuckerberg is taking some heat recently, given the site he originally created to rate girl's attractiveness has become a tool to disable democracy.

Related | Facebook Will Now Inform Users Their Data Was Compromised

The social networking mogul was questioned in Congress yesterday with regards to market research company Cambridge Analytica's capability to harvest data from unsuspecting Facebook users and target them accordingly — therein influencing both Brexit and the 2016 election.

Zuckerberg brought in a booster cushion for the occasion to, presumably, appear taller and his measured, mostly deadpan testimony made for prime meme fodder online.

Mark Zuckerberg using a booster seat to testify before Congress is the only meme you need today. https://t.co/2Vyys5BBFn
— Memes (@Memes)1523419825.0

That face when you just wanted a faster way to rank girls by looks and ended up installing a fascist government in… https://t.co/ZCQvywquft
— Zack Bornstein (@Zack Bornstein)1523387906.0

*record scratch* *freeze frame* Yup, that's me. You're probably wondering how I ended up in this situation. https://t.co/AyJ6GeadU9
— Joshua Topolsky (@Joshua Topolsky)1523385402.0

Mark Zuckerberg’s manner has always reminded me of someone, but I could never quite grasp hold of it. Just now it… https://t.co/9MbP0Nke7b
— Matthew Teague (@Matthew Teague)1523388407.0