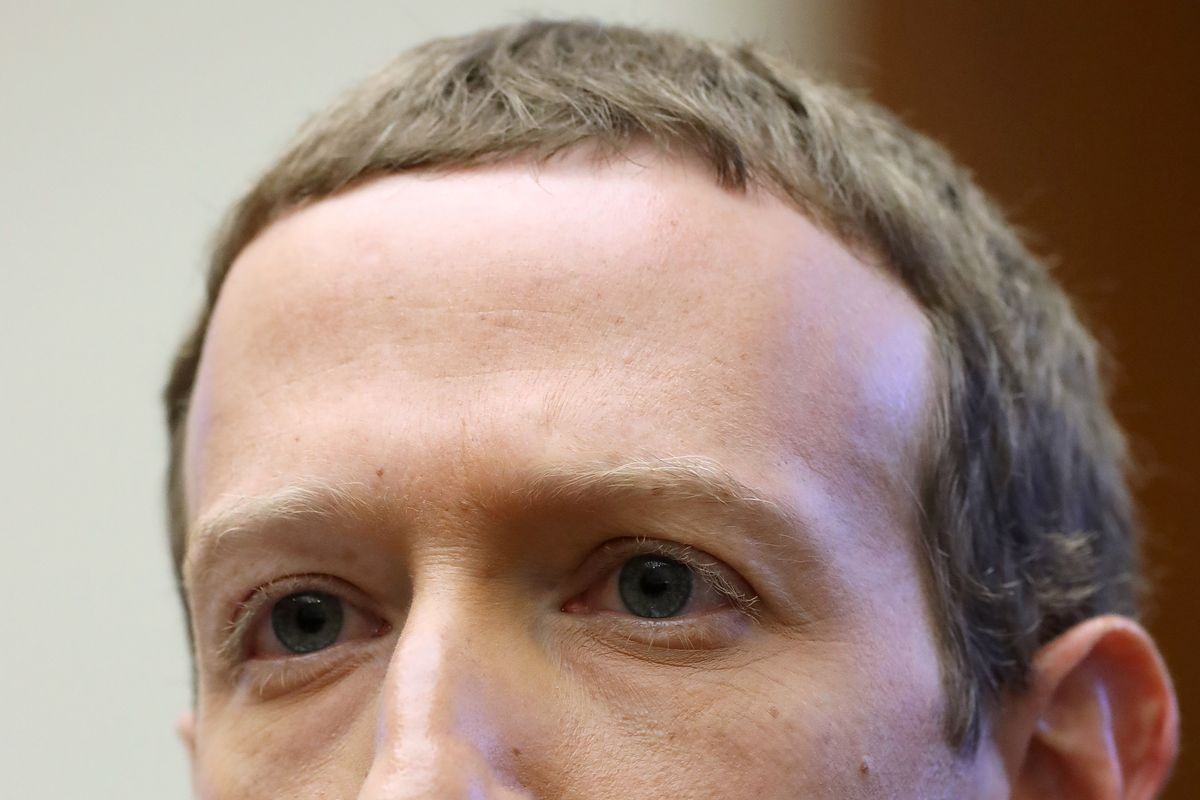 It seems like the season of upsetting haircuts. Mark Zuckerberg was grilled over a lot of things last night as he testified in front of the US House of Representatives on the controversial launch of Facebook's cryptocurrency project, Libra.

As the internet collectively applauded the likes of Alexandria Ocasio Cortez for her tough, and grueling questions, Twitter was also jeering at Zuckerberg's unfortunate but seemingly intentional haircut. The inspiration behind this sort of cropped, circular haircut with oddly chopped bangs remains unknown.

Nevertheless, the internet immediately had a field day and appears to have tracked down the potential source: Julius Caesar, the great Roman dictator. "It's minor and unfair and unprofessional and everything but how does Mark Zuckerberg not have enough money for a better hair cut," one user wrote.

A wikipedia entry for the "Caesar Cut," reposted by a Twitter user, trying to make the case for the Caesar inspiration, defines it as "short horizontally straight cut bangs" layered to around "1-2 inches" and named after Roman Emperor Tiberius Julius Caesar.

See the resemblance? It's not totally off base. On multiple occasions, Zuckerberg has expressed his penchant for Caesar whose reign has been immortalized as the greatest military commander and a dictator.

In one such interview with The New Yorker, Zuckerberg said: "I think Augustus is one of the most fascinating. Basically, through a really harsh approach, he established two hundred years of world peace. What are the trade-offs in that? On the one hand, world peace is a long-term goal that people talk about today. Two hundred years feels unattainable."

So bad was the situation that his wife poked fun at his obsession while on their honeymoon. "My wife was making fun of me, saying she thought there were three people on the honeymoon: me, her, and Augustus. All the photos were different sculptures of Augustus," he said.

So there could be some truth to both the inspiration, and the fact that the haircut isn't exactly the most appealing. If you need further proof that ugly haircuts were the standard for powerful kings of the past, one needn't look past Timotheé Chalamet in The King.

Throughout the film, Chalamet can be seen sporting a sort of medieval bowl cut, which was the preferred look for King Henry V as he battled against the French. Unfortunately, not even his ubiquitous status as the "internet's boyfriend" could save him from the Twitter-wide mocking.

While some compared his cropped locks to an "east london fuckboy," others simply made comparisons to their own unfortunate haircuts from their teens. So the question really is: Who wore it worse?