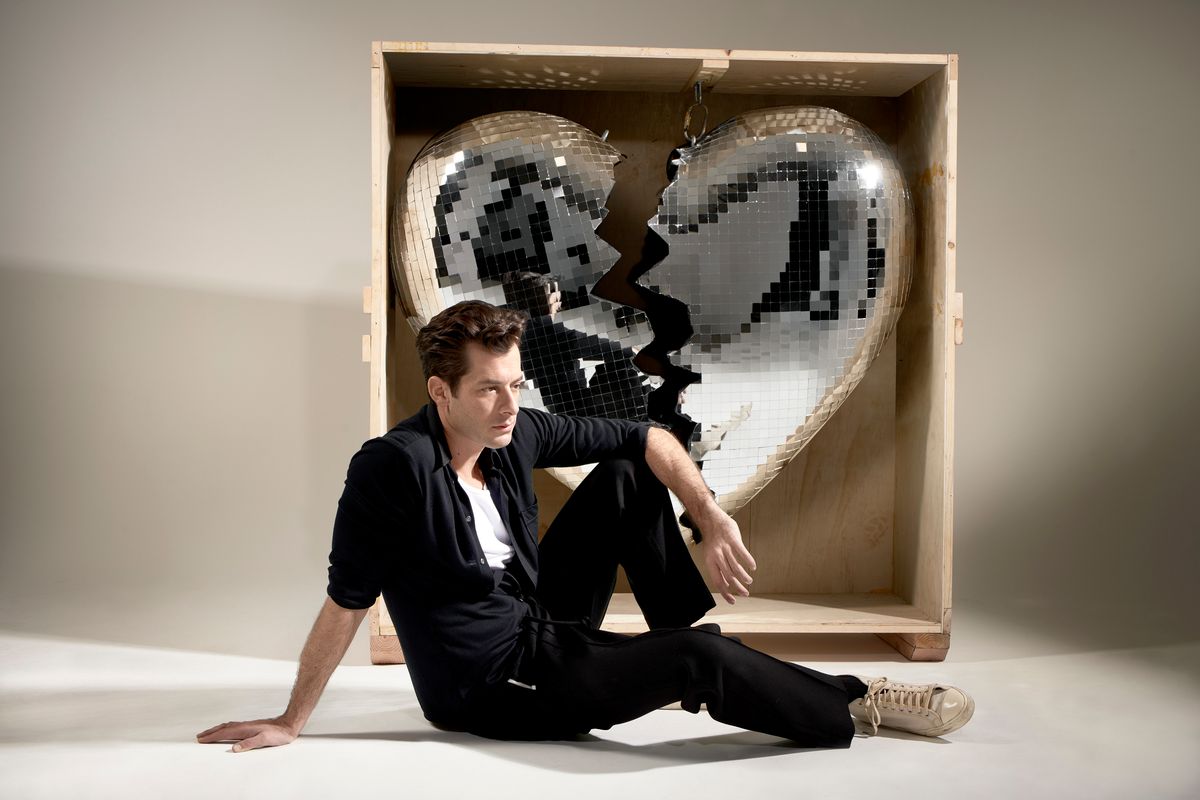 "How bad do you want it?" Alicia Keys echoes distinctly after the chorus of "Truth," the near midpoint of Mark Ronson's latest album, Late Night Feelings. For some reason the phrase sticks with me, despite feeling rather uncomfortable to sit with for the remainder of the album. She's asking a question nobody wants to answer while wading in loneliness: How badly do we want to be loved? How badly do we want our lover back? How badly do they want us?

Many have reiterated the phrasing that Late Night Feelings is a record of "sad bangers," but this is a rather glossy reading of an album so vulnerable for deeper analysis. Even the phrase "sad bangers" implies that any other club bop is inherently for happy people, when we all know that a trip to the discotheque — while glittery — is not always a magical retelling of Saturday Night Fever.

With Late Night Feelings, Mark Ronson establishes a baseline by which other records will be compared to for years to come. The tracklist is an in-and-out, folding songbook of disco-laden pop complexities. The album almost listens like a musical; a rising overture opens the record to a blurry reality, while sonic motifs ("On and on and on") are weaved throughout to establish continuity in a night of loss and sin. There's something incredibly artful about having a record made by the same mind behind mainstream number ones, like "Uptown Funk" and "Rehab," resist pop structuring so strongly.

It would be irresponsible to ignore the sheer power of the femme presence on Late Night Feelings; alt-pop powerhouse Lykke Li lends her vocals to the title track, a pulsating funk-inspired foundation that anchors the rest of the album. Camila Cabello breaks out on "Find U Again," the track following "Late Night Feelings," in the most glorious way possible. Pitched-up backing vocals and curious structuring pull the former Fifth Harmony singer into full focus, built up only by classic synths and shuffles. Miley Cyrus also appears notably on the album's first single, "Nothing Breaks Like a Heart." Viral singer YEBBA makes a huge impact amongst such star power, and racks up an impressive three features on Late Night Feelings. Each feature is more complicated than the one before, and "Don't Leave Me Lonely" even seems to split the record into an Act I and Act II, cutting clean through emotion and straight to unabashed desperation.

The apex of the record is by far King Princess' appearance on the multiplex of a melodic hit, "Pieces of Us." The song is so good that it almost feels naughty to listen to; the main chorus, which only hits past the halfway point of the track itself, is the pop melody forbidden fruit that seems to only ever get picked ripely for a Ronson track. "Our love, our trust/ No matter which way you cut it/ There's pieces of us," she seethes over beachy guitar plucks and deafening kicks. Her appearance on the record is so unique, with "Pieces of Us" mounting slowly, only to hit a true crescendo upon the bopping post-chorus.

For Ronson to create such an arc with his collaborators is the mark of an earnest creator. He's taken his individual talent, his network, and a cluster of soulful genres, and crafted a patchwork evening of last-ditch sincerities. Late Night Feelings is a nostalgic 13-track songbook for the ages.