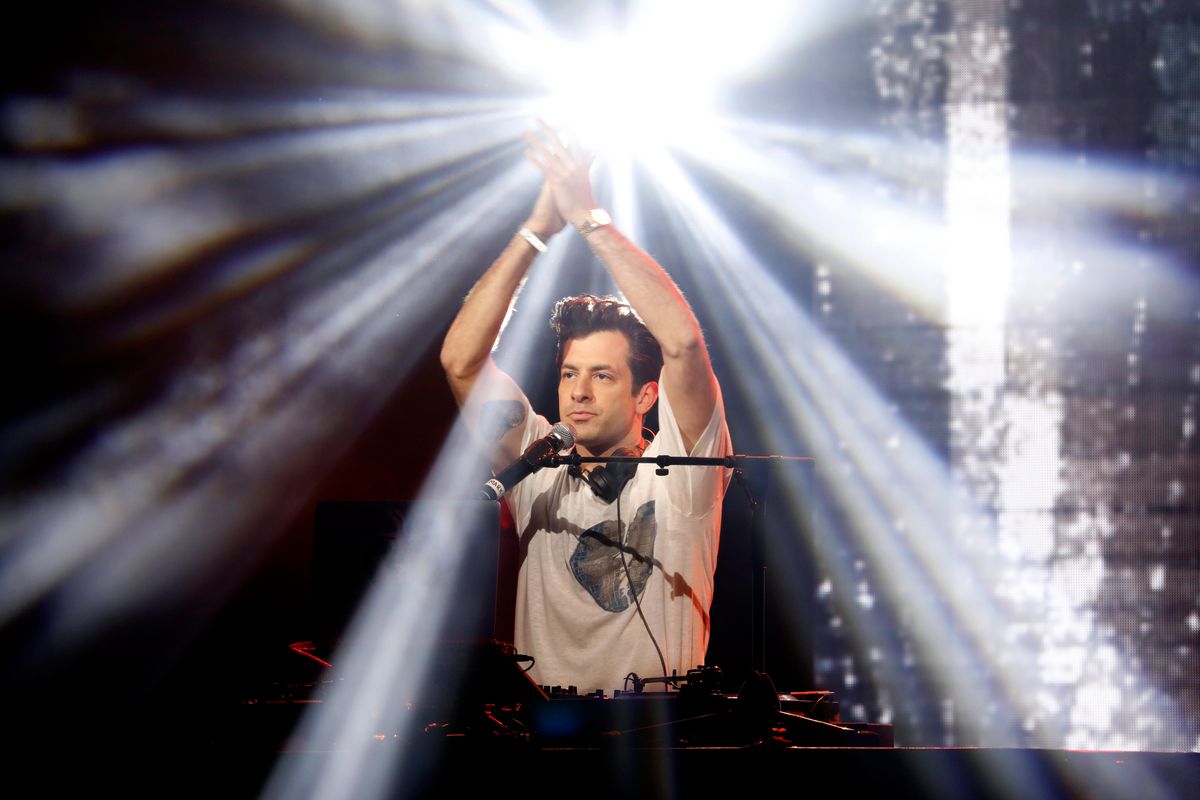 Ronson has been hard at work post-Oscars, where he rightfully took home the award for Best Original Song, along with Lady Gaga, for the undeniable ballad of the year, "Shallow" from A Star Is Born. After the ceremony, and of course after snapping a pic with Mother Monster herself, Ronson returned to the studio to finish up his album post-success of its lead single "Nothing Breaks Like a Heart" with vocals from Miley Cyrus.

Related | Lizzo Covers Miley Cyrus' 'Nothing Breaks Like a Heart'

The song explored disco motifs and packed less of a straightforward punch as Ronson's other famous pop hits. "Late Night Feelings" is equally as subdued as "Nothing Breaks Like a Heart," with each pluck and drum being quieted by a low-pass-like filter, making ample room for Li's vocals and production that follows her pace. Ronson wrote in his Editors' Notes on Apple Music that the track was the first song he really felt was "'pointing the way for the record.'" It's an exciting route for Ronson's production to take, after rising to fame from such production-heavy tracks like Amy Winehouse's "Rehab" and Bruno Mars' "Uptown Funk." While there is still an emphasis on some modern pop production techniques, the intrinsic rhythm within disco and decades-old iterations of pop is leading the way for Late Night Feelings.

Along with the new single comes the tracklist announcement for Ronson's new record. With collaborators like Camila Cabello, King Princess, and Alicia Keys, Late Night Feelings looks like it'll be an album to beat on the charts. Collaboration from artists creating outside of the radio airways are also notable, including a feature from vocal powerhouse YEBBA.

Late Night Feelings will drop in full on June 21, 2019, and will likely deliver several summer anthems to carry us through until the fall. You can pre-order the album now.