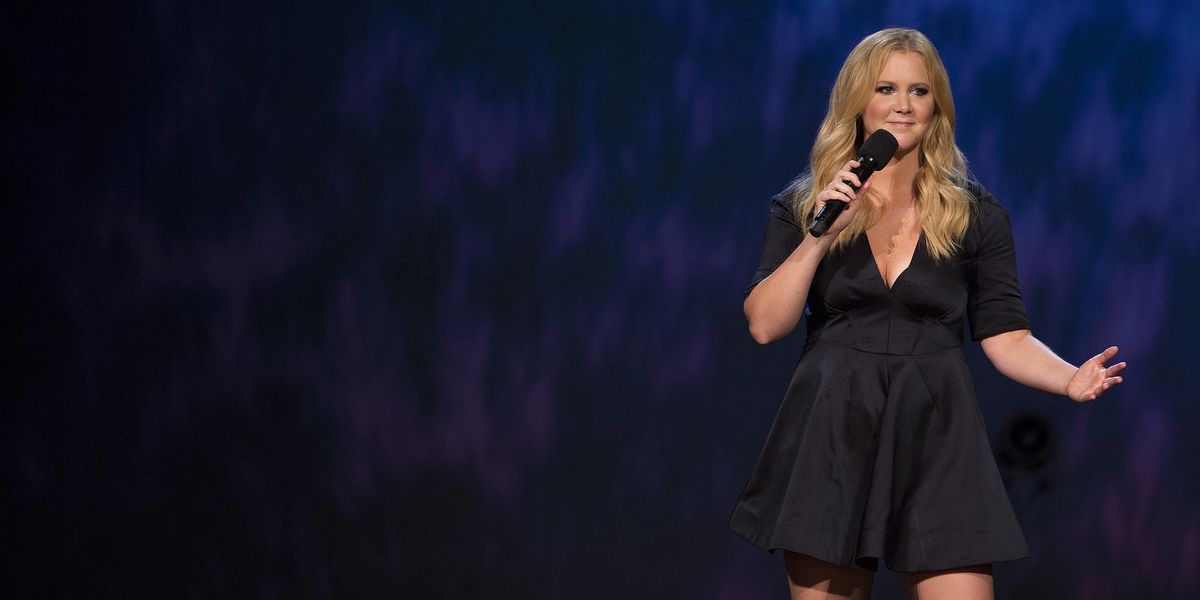 The recent controversy over Amy Schumer's possible joke thievery would seem to be settled -- the comedian was so firm in her conviction that her jokes were here own that she offered to take a polygraph test, several other comics came to her defense, and even one of the initial accusers eventually chalked the similarities up to parallel thinking.

Of course, the internet is never quite so quick to forgive.

Can I steal jokes and become rich? Or is that only for @amyschumer?
— Spencer (@spencersager) January 27, 2016

However, despite the persistent criticism, one of the biggest voices in the comedy world has stepped up to not only defend Schumer and the originality of her material, but to call out the insidious, deeply entrenched sexism that continues to fester on the internet.

On the January 25th episode of his podcast WTF and its accompanying newsletter, Angry Comedy Dad Marc Maron first addressed the mechanics of telling a joke and what constitutes stealing a bit.

"It's a one-liner -- who gives a fuck?" he said on the podcast, alluding to the comedian Wendy Liebman's accusations. "If someone's hanging on to a 20-year-old one-liner as being this essential part of her oeuvre -- that's crazy. One-liners are disposable."

In the newsletter, he also addressed the fact that his own words had been manipulated by Schumer's critics to imply that he thought she had stolen from him. "If you listen to the actual version, the monologue is about me panicking that we had a similar joke on our specials," he wrote. "We do. Neither one of us stole it from the other. It happens. This isn't the point. The point is someone used me and manipulated what I said to attack her. Heinous."

Beyond the actual attacks themselves, Maron delved into why he believes the criticism of Schumer has been so vitriolic. It's not just that people hate Schumer -- it's that a lot of men simply hate and are threatened by women:

"The malignant momentum against Schumer has nothing to do with joke stealing or justice and everything to do with hate and attempted annihilation being carried out by frightened, angry, faceless cowards. They are using her vulnerability and her personality as a portal in an attempted verbal and online gang rape of her career. She is being attacked by an army of unfuckable hate nerds who want to destroy her pride, humanity, career and sense of self. It is so clear if you look where this is coming from who these men are. They are ever-present in the history of this country and this is how they hurt people now. They are afraid of change and feel that their way of life is slipping away from them. Look, I'm a guy. I have my sexist moments, but misogyny requires commitment and these guys are committed to it. And that is what this is about. No doubt. I'll talk about this a bit on today's show."

Maron also noted on WTF that this misogyny is so pervasive that he consistently has to alter the comments on his website after he features a female guest.

Bless you, Marc Maron, both for fighting the good fight and for gifting us all the exquisite insult "unfuckable hate nerds."