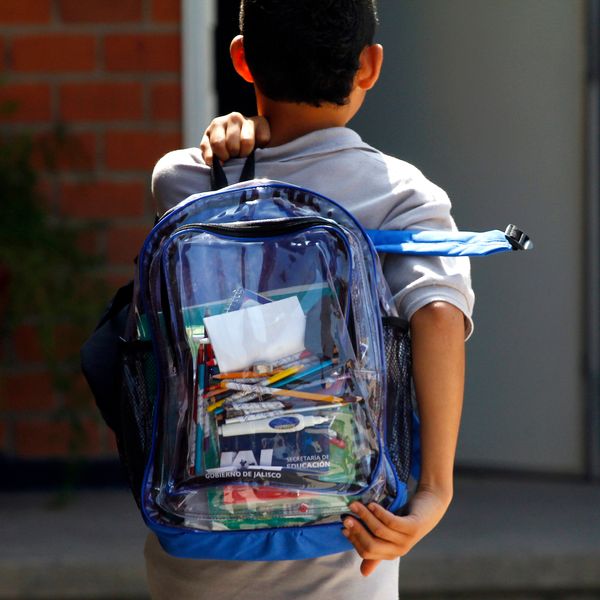 Following last month's shooting at Marjory Stoneman Douglas High School, students have been incredibly vocal about the policy changes the U.S. government needs to enact to prevent another mass killing from happening again. In fact, this weekend, they are running a nation-wide demonstration against gun violence.

Now, Robert Runcie, the superintendent of Broward County Public Schools, which Marjory Stoneman Douglas falls under, has announced that students at the school will only be allowed to use clear backpacks. The school will provide them for free to students who don't have their own, and they will have to start using them when they return from spring break next week. They will also be required to carry ID badges.

Some students feel the move is a band-aid solution that doesn't address the underlying issues of easy access to guns. They have also pointed out that clear bags invade students' privacy by putting their personal possessions on display. "We want to be safe, not uncomfortable," one Twitter user points out.

Enforcing students to wear clear backpacks is simply like putting a band-aid on a broken bone
— natasha (@natasha)1521679055.0

Clear backpacks don't do anything except make us look stupid. We want to be safe, not uncomfortable. The only thing… https://t.co/wjDDcBrwK1
— carly (@carly)1521676053.0