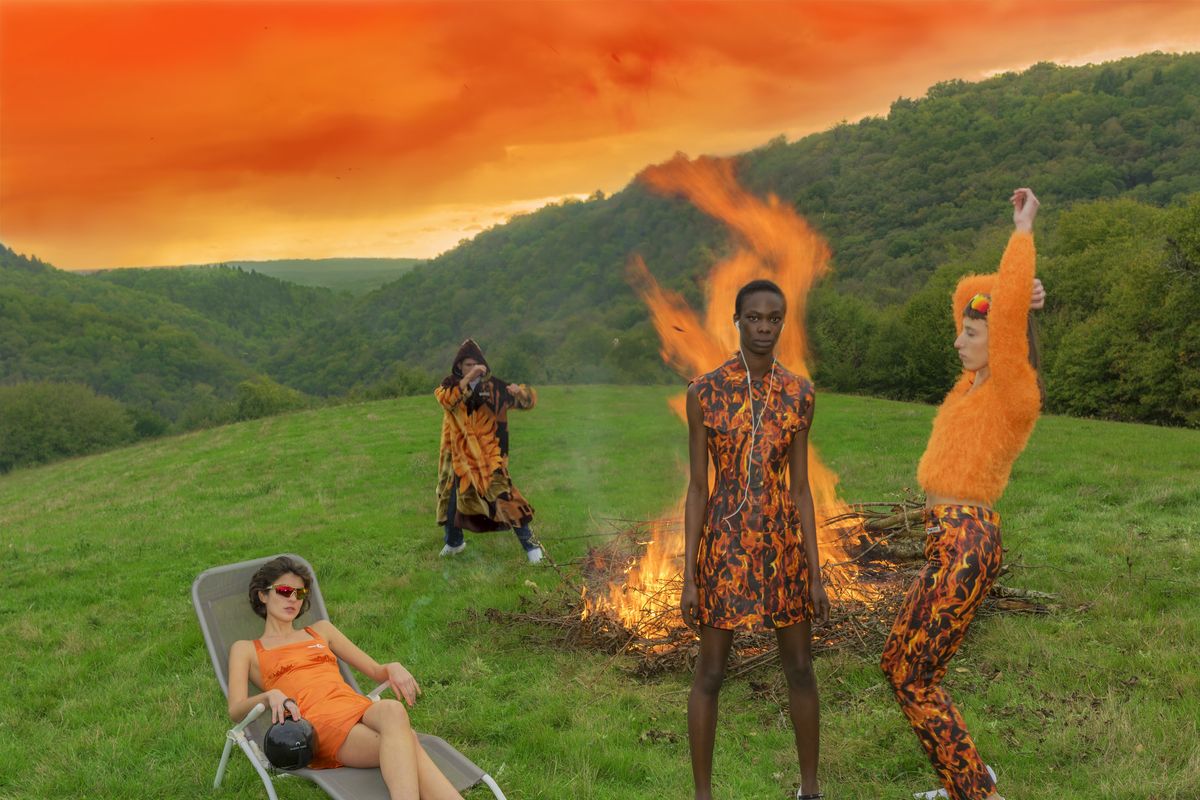 Marine Serre calls her clothing "futurewear." It's especially appropriate considering the fact that the 27-year-old French designer is one of fashion's greatest young stars, representing an exciting future for the industry. And Serre's just-released spring 2019 campaign, as shot in her hometown of Corrèze, France, is stunning. Stunning!

Serre's label has three distinct branches: a sustainable line for upcycled (clothing made from previously discarded garments) clothing, standard ready-to-wear, and a haute couture business. And so the campaign, shot and styled by longtime Serre collaborators Tanguy Poujol and Benoit Bethune, has three distinct images: one representing earth, one for wind, and one for fire. Models bask in the French countryside underneath blazing sunsets.

The pictures are simply incroyable. Check them out, below.