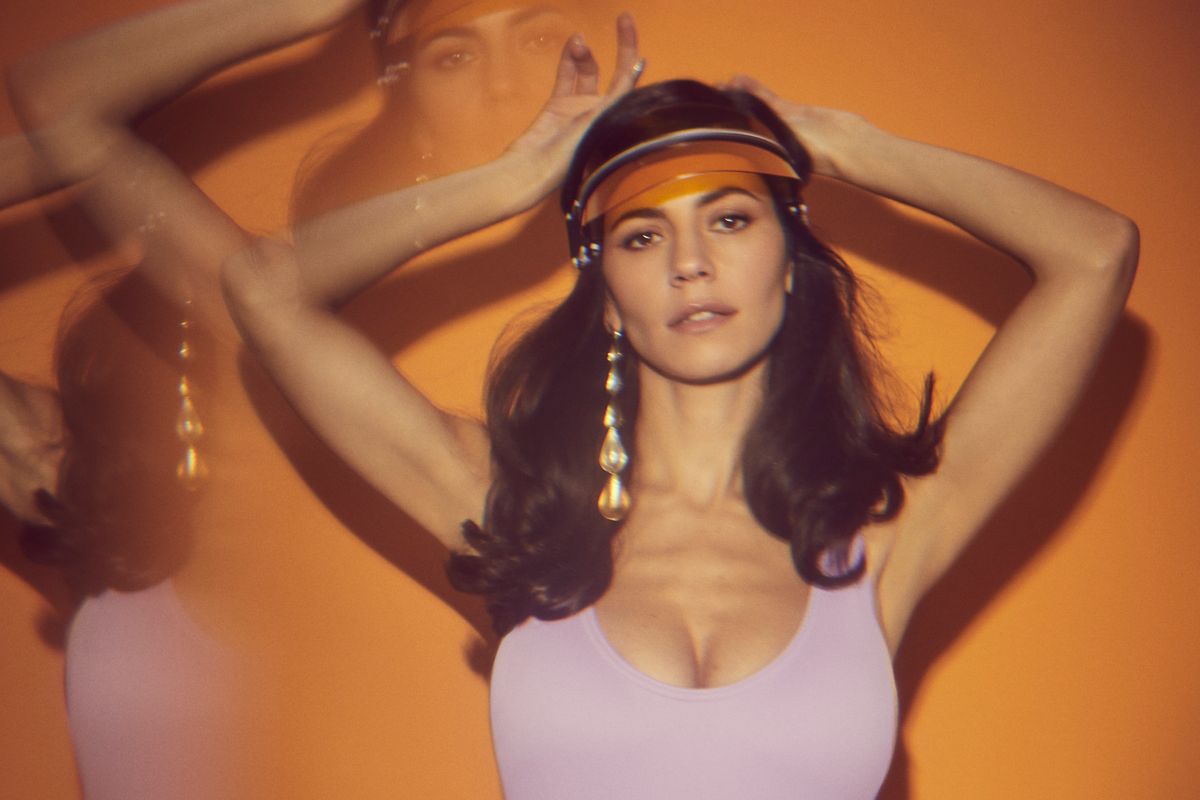 Fans of Marina, the artist formerly known as Marina and the Diamonds, were left starving for new music for years after her last album release in 2015, Froot. Earlier this year in January, Marina teased fans with a name change announcement and an album announcement for a new record called Love + Fear. Stans were delighted to find out that the release would be a double album, more than enough to make up for the years Marina left them hungry for a follow-up. In no stans wildest dreams, though, would half of the release drop early — 22 days early, to be exact.

Dedicated Marina fans woke up this morning to a surprise on their Twitter feeds; Spotify playlists galore full of brand new tracks from the "Handmade Heaven" singer. Ahead of schedule, the entirety of the Love portion of Love + Fear was released by Marina. Despite having already released several of the tracks on Love as singles, fans were still ecstatic for the four brand new songs.

The singles, "Handmade Heaven," "Superstar," "Orange Trees," and the Clean Bandit collaboration "Baby (feat. Marina & Luis Fonsi)," were all released sporadically leading up to the April 4 surprise drop, along with two music videos. The new tracks, "Enjoy Your Life," "True," "To Be Human," and "End Of The Earth," are all knockouts and could have stood alone as singles themselves.

MARINA on Instagram: “♥️ SURPRISE DROP ♥️ I created “LOVE + FEAR” as 2 separate records to be listened to individually. I'm releasing “LOVE” today so you can…”

"Enjoy Your Life" is an upbeat burst of positivity, adding a sonic splash of color to the grayscale album cover. In her most confident declaration to date, she sings, "Sit back and enjoy your problems/ You don't always have to solve them/ 'cause your worst days, they are over/ So enjoy your life." Oceanic synths fill the verses and chorus, flooding listeners' earbuds with Marina's new outlook on life and music.

"To Be Human" is the paired-down, piano-heavy ballad that ties the first half of Love + Fear together, despite coming in seventh on the tracklist. Understated drums accompany the classic keystrokes while Marina's lyrics expressing uncertainty about the nature of life itself rise above melodrama. "The missiles and the bombs sound like symphonies gone wrong/ And if there is a God they'll know why it's so hard," Marina haunts the final verse of the track.

The fully formed double album is slowly coming into focus for fans; there is a recurring theme throughout Love, characterized by the delicate balance of nature and knowledge, disrupted by human emotion. If Love is any indication of what's to come on the Fear portion of the release, then stans should be ready to buy new AirPods after breaking their current pair blasting the surprise bops.

Stream Love by Marina, below.