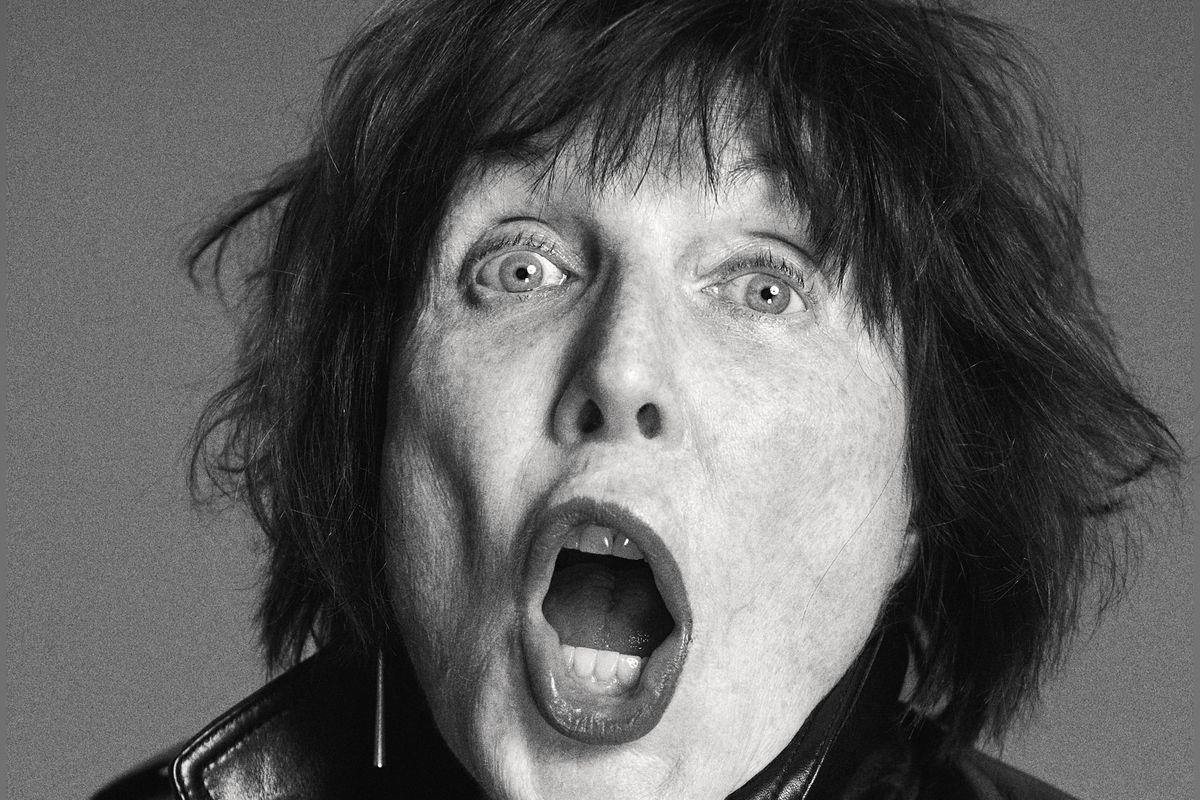 As an artist and activist, Marilyn Minter has been at the forefront of movements like civil rights, the protest against the war in Vietnam and women's reproductive freedom. And now, amidst a major retrospective of her work at the Brooklyn Museum entitled Pretty/Dirty, a show that examines paradoxes of women and fashion, Minter has more energy than ever to continue fighting for social justice. After a successful art auction on behalf of Planned Parenthood, she's gearing up for another big ticket event in honor of the organization's 100th anniversary (and the wake of the Trump election). Below, she shares with us why a new generation of progressive activists will be like the "Tea Party on acid."

Your generation is starting to organize. I think it's your generation's turn. When I was an activist in the sixties, civil rights was always number one, because I grew up in the Deep South, and my brothers and I were just appalled. I can't tell you how many times I was called the n-lover word. My teachers were racist in the public school system.

I think the Vietnam War actualized people, but I was telling my kids, if you look at the history, it looks like everybody was an activist. We were a minority. It was maybe two out of ten. When I came up north I thought, Wow, I've found my people.

Vietnam and reproductive rights were at the same time. I had friends that were getting unsafe abortions illegally. Really scary shit. And then Roe v. Wade passed. I got my abortion at Planned Parenthood and nobody shamed me. I've been in the bubble ever since, watching, ineffectually, people trying to overturn [Roe v. Wade] and never, ever getting even close, until these TRAP laws in the last couple years. That's when I started getting involved again. It's horrifying.

Mike Pence, he's a joke. If you have a miscarriage or abortion you have to pay for the funeral or the cremation. He puts women in jail that get abortions. Trump is a horror story, but he's nothing. This is an ideologue. He's a scary dude.

I think Trump made too many promises, and that was the first one: Defund [Planned Parenthood]. And next is Roe v. Wade. It's going to be your generation [who fights]. You didn't have anything to lose before. Can you even imagine, in your entire life, that you would lose Roe v. Wade? He's not going to know what hit him.

I am a facilitator and a peacemaker. But right now I don't give a flying fuck what the other side thinks. And racism even trumps feminism for me, right now. (I hate to use the word "trumps.") He's given us a rallying cry. This is the last gasp of these old white men on the wrong side of history. I'm an old lady, but we, the women and the minorities, are the future. And so gasp away, because we're next and we're turning everything you do off. We're going to turn it around. We're going to be the Tea Party on acid. Or steroids.

We need the language. You're going to invent it, your generation. We're finally peeling off another layer of racism, we're looking at misogyny with a finer-tooth comb. We're peeling the onion. It's much deeper than just hating women.

Maybe because I've been an activist my whole life, but I saw too many complacent women. I'm so mad at these suburban women who want to believe the patriarchy is going to take care of them. It kills me. And educated ones! Don't you care about your daughters? The misogyny is so baked in. Wake up! This might wake them up. I thought this was going to be the year of yes.

Really, who would say I don't believe in equal pay for equal work? That's feminism! It makes everybody better. That's why I love inclusionary feminism, because it was a bunch of white women [in the seventies]. To try and prescribe what a good feminist is, is crazy. Well, it's self-defeating. We have to make everybody feel welcome — men included.

When Barack Obama said, "Of course I'm a feminist," these guys started coming out of the closet. We want them to feel proud of it. It's not like you're not masculine enough. [Masculinity] is fragile. Look what it's done to the world so far. You can have nuance in the world. It's not black and white. Powerful women do not diminish masculinity. They work in tandem. It's a beautiful thing. And they're SO hated. And we just saw it happen. Everyone's going to love Hillary now — she's going to be a saint.