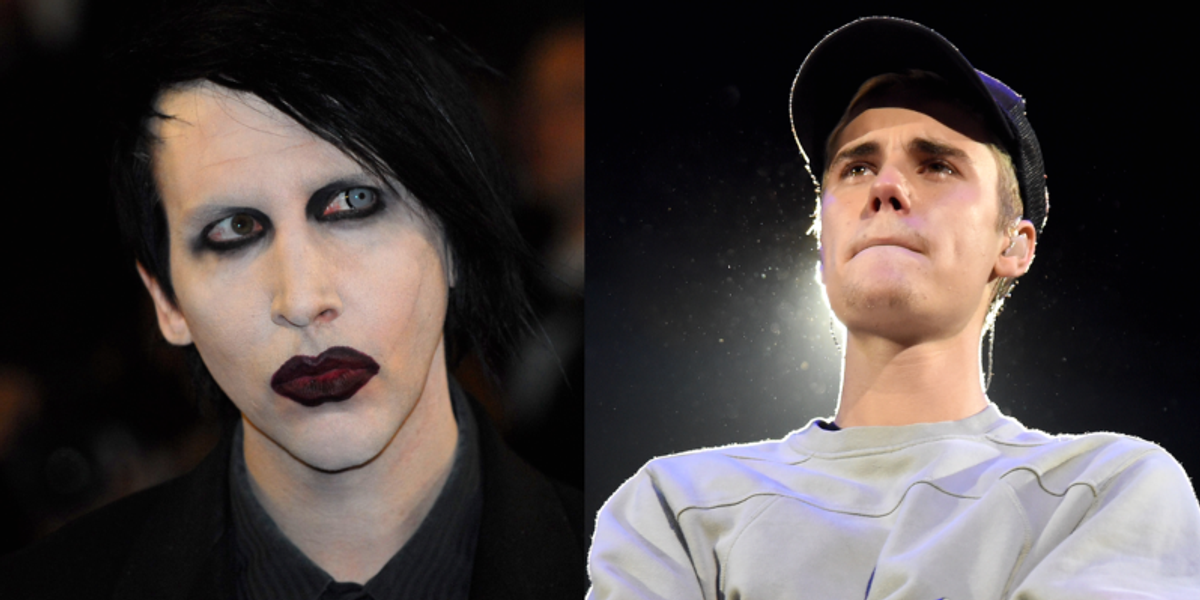 If you're yet to catch up with the Ryan Murphy-calibre feud between Marilyn Manson and former Marilyn Manson-stan Justin Bieber, let me tell you this: it's over t-shirts and it's the gift that just won't stop giving.

Essentially, Justin wore a Marilyn tee on his Purpose tour with the words "Bigger Than Satan...Bieber." He then sold this repurposed Manson merch without his permission and when the two finally met, the PAPER cover star told The Consequence of Sound Justin said he "made [Manson] relevant again." Big mistake.

It has now escalated to the point the rocker has ridiculed Justin in several interviews, calling the "Backpack" singer a "real piece of shit" who is "dick height" on him. Now, in conversation with a Dallas radio host, Manson continued to roast Justin further for his god-fearing ways, and rehashed their disagreement only to say, "I don't like to fight with girls." Yikes.

When asked why Justin might have been attracted to Marilyn Manson's merch to begin with, the superstar had only this to say: "I don't know how to use the mind of a squirrel."

While Justin yet to respond, this is the kind of entertainment beef dreams are made of.