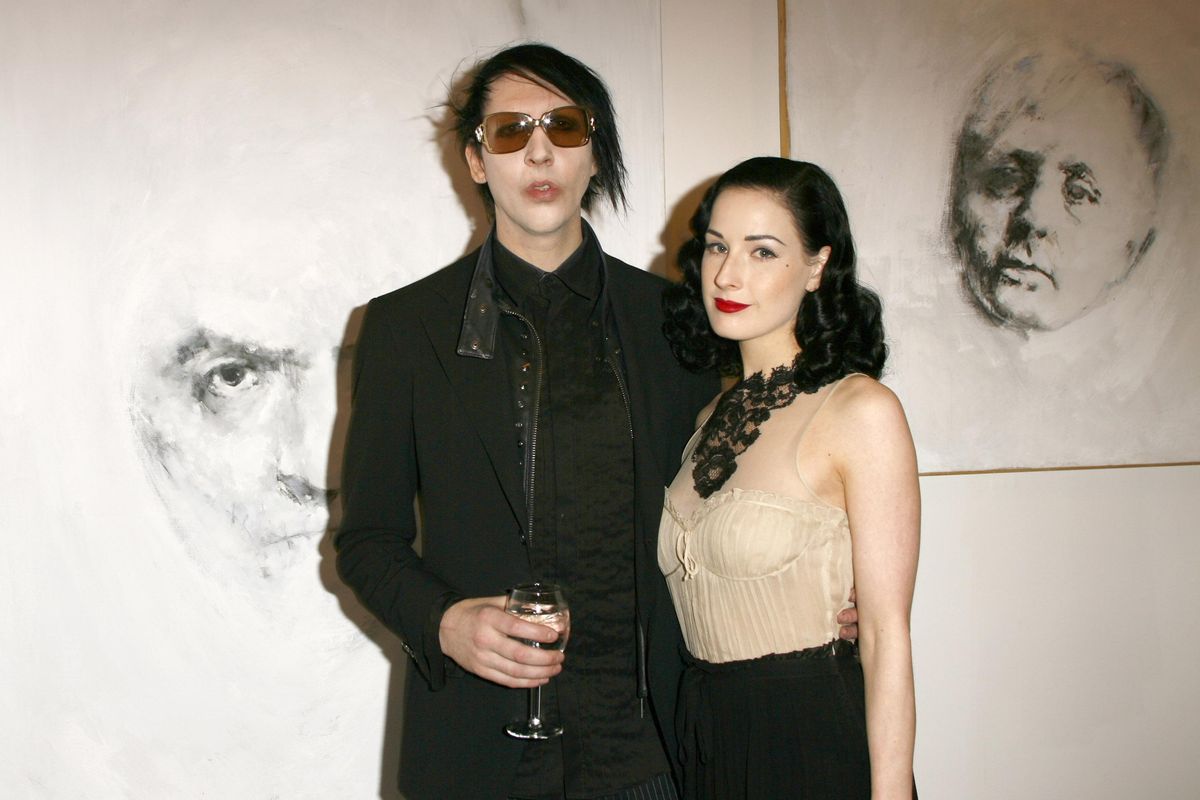 Dita Von Teese has come out in support of Marilyn Manson's growing list of alleged domestic violence victims. Von Teese was in a relationship with Manson for seven years, marrying him in 2005. The pair divorced in 2007.

In what she says will be her only statement on the matter, on Instagram Von Teese thanks those who have reached out in support after learning of the disturbing accusations against Manson. The burlesque performer says that while she did not experience abuse during her time with Manson, she believes the stories of those who have come forward.

"The details made public do not match my personal experience," Von Teese writes, adding that her relationship with Manson declined due to his infidelity and drug use. "Abuse of any kind has no place in any relationship," she continues. "I urge those of you who have incurred abuse to take steps to heal and the strength to fully realize yourself."

After years of campaigning on behalf of domestic violence victims based on experiences with an unnamed former partner, actress Evan Rachel Wood shared on Instagram this week that Manson allegedly groomed her from a young age, and "brainwashed and manipulated me into submission."

Statements posted simultaneously by other former members of Manson's inner circle (including Sarah McNeilly, Ashley Walters, Ashley Lindsay Morgan and a visual artist called Gabrielle) all referenced trauma and PTSD from time spent with the musician, as well as a wish for him to be held accountable in order to prevent harm to others in future.

The Manson stories have kept on coming since then. After screenshots of a passage from Manson's 1998 autobiography The Long Hard Road Out of Hell showed Manson bragging that he and Trent Reznor once raped a drunk female fan, Reznor denounced his former friend and protege, saying he'd cut ties with Manson 25 years ago and that the disturbing anecdote is "a complete fabrication."

Phoebe Bridgers tweeted that she visited Manson's house as a teenager and was disgusted to hear him make reference to a "rape room." Metal musician Otel Shamaya posted on Facebook that Manson's current wife would sometimes call Shamaya's former girlfriend in distress, saying Manson was throwing knives at her and threatening her life while under the influence of drugs.

Manson has reportedly been dropped by his talent agency and from his TV roles in American Gods and Creepshow.

He has denied all of the allegations against him, calling them "distortions of reality."