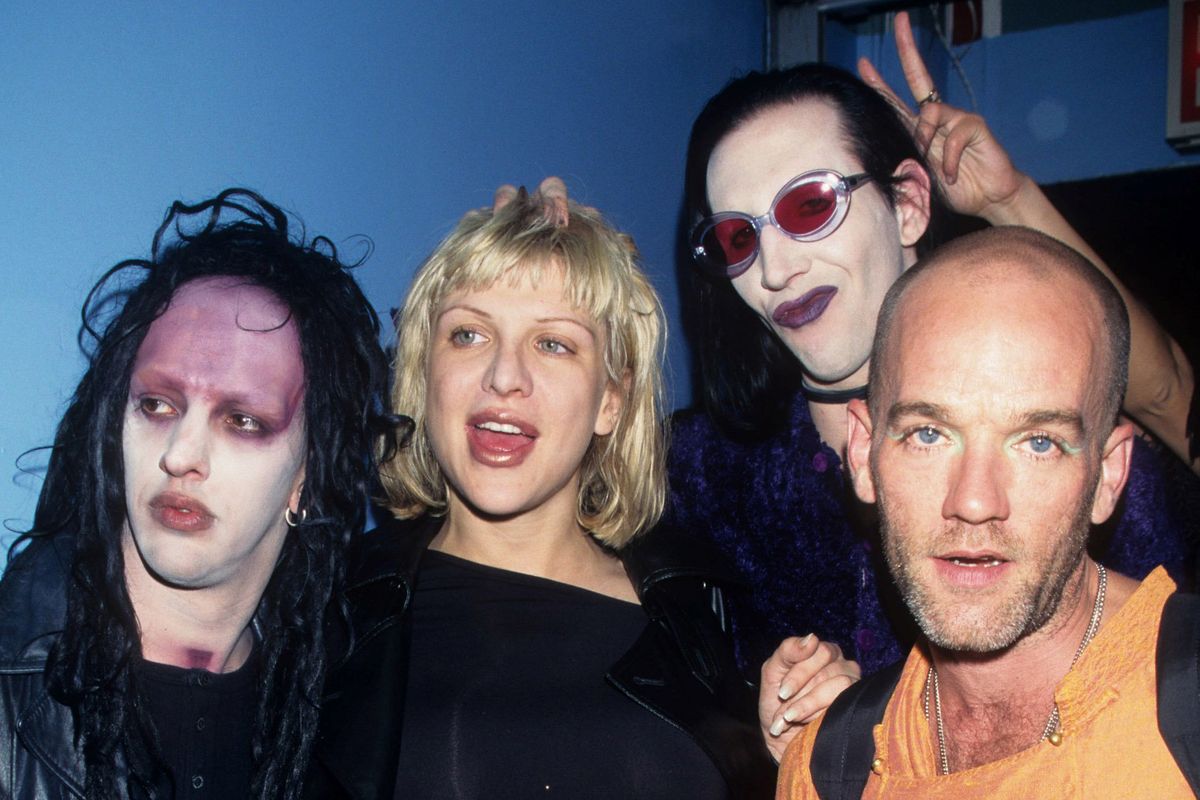 The Antichrist Superstar, better known as Marilyn Manson, returns with a new video for "Tattooed in Reverse" from last year's Heaven Upside Down album. We don't have much to say about the song's darkly glam-rock vibes meant for loud arena shows — honestly, that's just classic Manson — but we do have some thoughts on the new clip, which, is also, unsurprisingly, classic Manson.

It's full of upside-down crucifixes and faceless, genderless beings in dummy suits, a very terrified-looking woman, some archaic-looking medical procedures that give us heavy American Horror Story: Asylum teas, extreme closeups of Manson's hauntedly pale visage, and Courtney Love, dressed as a sexy nurse in a white getup.

Ms. Love can be seen for approximately 0.2 seconds pushing Manson in a wheelchair, and it all feels very favor-to-a-friend, you are witnessing rock royalty before you, et al.

Anyway, the whole thing is pretty great and also slightly, if gleefully, terrifying, which again, is classic, iconic '90s, MTV-era Manson when the channel was still ultra relevant and showed music videos on the regular. That's not a read, swear! Courtney comes in at the 1:45-46 mark, if you choose to skip ahead.

What I would love more than maybe life itself is a song by the two of them. It would be a lot, but my soul would go to hell, heaven and back again. Anyone else fantasizing about such a thing?