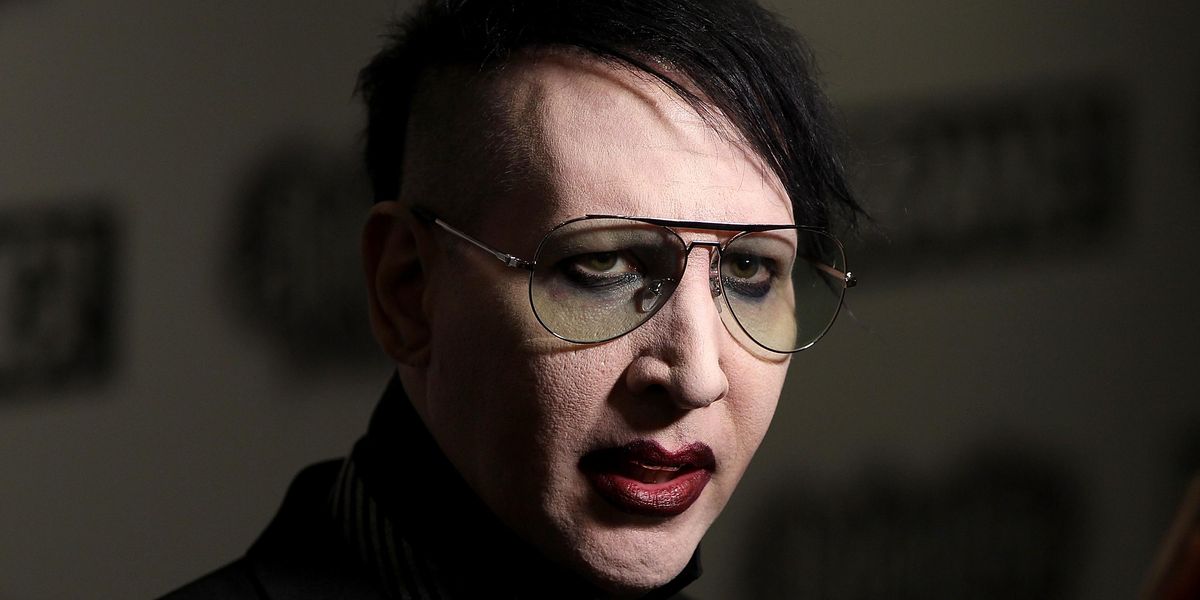 A warrant is currently out for Marilyn Manson's arrest over a 2019 incident involving the rocker spitting at a videographer during a concert.

The Gilford Police Department in New Hampshire recently released an update on the department's Facebook page about the arrest warrant charging Manson with two Class A misdemeanor counts of simple assault. According to TMZ, the incident involved a videographer that was hired by the New Hampshire venue who alleged that some of Manson's saliva came into contact with them which prompted them to involve the cops.

The warrant for Manson's arrest was initially issued in October of 2019 but wasn't made public until the other day because "Mr. Warner, his agent and legal counsel have been aware of the warrant for some time and no effort has been made by him to return to New Hampshire to answer the pending charges," according to Gilford PD. In New Hampshire, a Class A misdemeanor can carry a sentence of less than a year in jail or a $2,000 fine.

In a statement to Pitchfork, Manson's attorney responded to the outstanding warrant by saying, "it is no secret to anyone who has attended a Marilyn Manson concert that he likes to be provocative on stage, especially in front of a camera. This misdemeanor claim was pursued after we received a demand from a venue videographer for more than $35,000 after a small amount of spit came into contact with their arm. After we asked for evidence of any alleged damages, we never received a reply. This whole claim is ludicrous, but we remain committed to cooperating with authorities, as we have done throughout."

Manson is also currently under investigation by authorities in Los Angeles for domestic violence allegations from multiple women. This past February, actress Evan Rachel Wood came forward and accused Manson of grooming her while she was a teenager and abusing her for years. Shortly after Wood spoke out, several other women went public with similar allegation of physical, psychological abuse and rape as well with two filing lawsuits against Manson. Manson has categorically denied all abuse allegations.