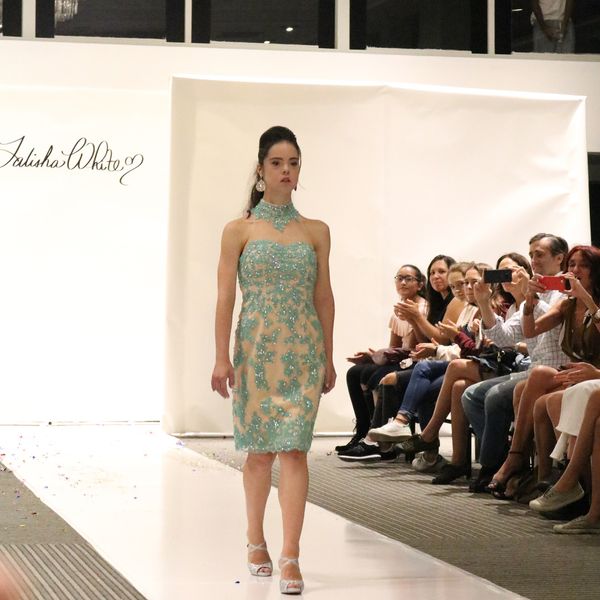 A Model With Down Syndrome Walked NYFW

On Saturday, Marian Avila, a Spanish model with Down syndrome made her New York Fashion Week debut, walking for Talisha White, an Atlanta-based evening wear brand at a Midtown hotel.

Avila was recruited for the show after the designer discovered and reached out to her on Facebook. The 21-year-old stunned in a pair of red and white gowns, telling reporters afterward, "I felt really happy and I really loved the runway. I wanted to show the world that there are no barriers." She's determined to defy norms and barriers around intellectual disability, and succeed in the entertainment world, saying she "practices every day" and "is studying modeling and [wants to] become an actress."

The Spanish model worked it alongside a cast of models diverse in age, race and ability, including one other model with down syndrome, and Tae McKenzie, who gracefully took to the runway in her wheelchair.

White explained her casting choices: "I wanted to show not just one type of girl is beautiful. I like to showcase all types of girls, from pageant girls to models in wheelchairs, models with Down syndrome, models who are 4 feet and told they can never be a model. They are my 'it' girl."

The success of Avila and McKenzie's NYFW appearances adds to a growing conversation about disability representation in fashion, and a tide of firsts for the disabled community. Aerie's recent campaign featured models sporting lingerie in wheelchairs, with colostomy bags and using crutches, while Teen Vogue's digital September cover featured three models with disabilities including Jillian Mercado.