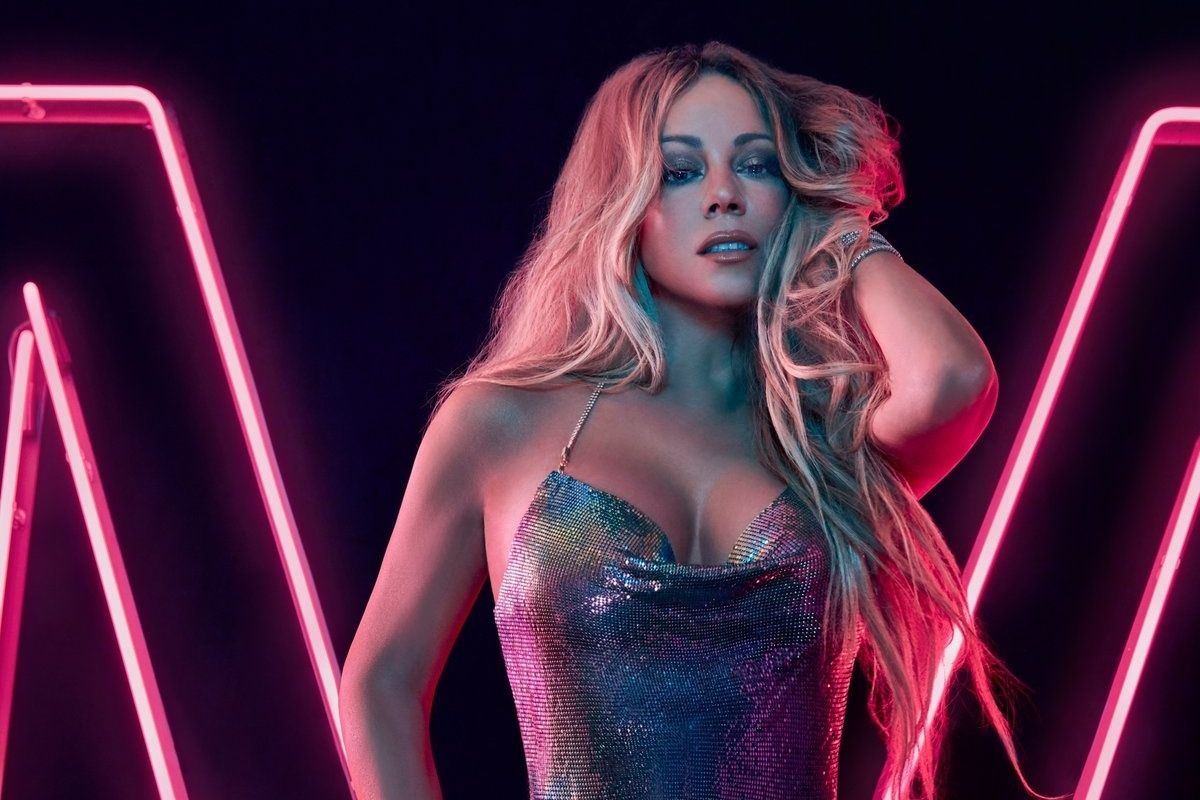 Caution, Mariah Carey's 15th studio album, has finally arrived. The lead up has been a lot: this past week the singer's fan base successfully pulled off an unlikely campaign to make her flopped Glitter soundtrack number one on iTunes, and "All I Want For Christmas Is You" is climbing back up the charts too.

Don't let any of that get you confused, though. While it has long been easy to dismiss Carey as a nostalgic novelty, Caution deserves to be taken seriously. She did her homework, she worked with the best, and the result is 45 minutes worth of slick, quietly confident R&B that gets better with each listen. Mimi left the diva energy at home for this one.

Our favorite jams from the new album below.

The phrase "gives me life" is obviously very internet. And that makes sense for Mariah. Few pop stars are as engaged with their online fanbase (a notable exception is Ariana Grande, and the comparisons between the two obviously don't end there), so it makes sense that she'd co-opt the memey language stans use when sharing ridiculous videos like this one. More proof that Mariah is paying attention: the fact she worked with Blood Orange (as well as Slick Rick) on this subtly catchy track, which weirdly but effectively resembles "Killing Me Softly With His Song" and also makes reference to Carey's idol Marilyn Monroe.

More Internet terminology, this time a little more cringeworthy. But the chorus here, which elaborates on the abbreviation, is a great way to kick off an album. "GTFO" is an acid-tinged break up jam, maybe or maybe not aimed at a certain Australian billionaire, and it benefits from production by Nineteen85 (see: all the best Drake songs).

A song to soundtrack your next big crush, "8th Grade" is all vulnerability and stalled confidence. According to Mariah, it was written about a "melancholic feeling I used to have as a kid." And somehow that... really comes through? I'm crying.

A bit of old school Mariah seeps into this track, which is one of the faster paced songs on an album that mostly takes things slow and sultry. A worthy entry into the established genre of pop songs about the feeling of empowerment that comes with saying the word "no" (eg, to men), this is a low-key 90s-style party anthem that samples Lil Kim's remix of "Crush On You" (which featured Notorious B.I.G. and Lil Cease).

A Disney-style piano ballad to close out the album? Yes. Thank you Mariah! You're good to us.