Mariah Carey Made a New Song With Miguel 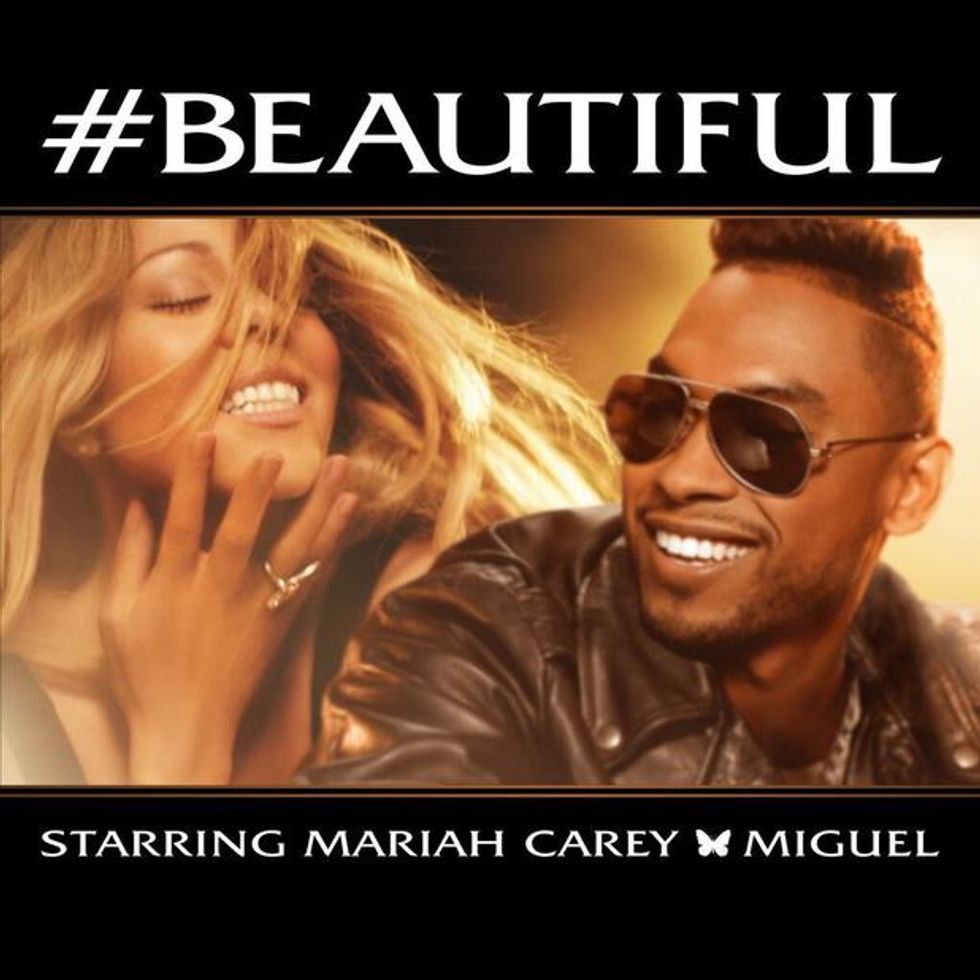 Fresh from renewing her wedding vows with Nick Cannon in a Disney princess ceremony at Disneyland, Mariah Carey has released a new single featuring R&B stud Miguel. In what we can only suppose is a way to prove that Mimi is down with the Millennials, the singer titled the track #Beautiful. As in: "Hashtag Beautiful." Expected to be the lead single on her forthcoming 14th studio album, the song opens with R&B cool guy Miguel singing the first verse -- Carey doesn't sing more than back-up vocals until the 1:30 mark. Unlike "Triumphant (Get 'Em)," the song she recorded last summer with Rick Ross and Meek Mill, Mariah's "comeback song" forgoes any schmancy production in favor of a nice, easy-listening slow jam, which, for our money, is perfectly fine by us. Take a listen to #Beautiful below and add it to your summer BBQ playlists -- it's perfect for those end of the night vibes when everyone's feeling a little sleepy, a little amorous and a little bit like a Disney princess butterfly from too much sun and day drinking.