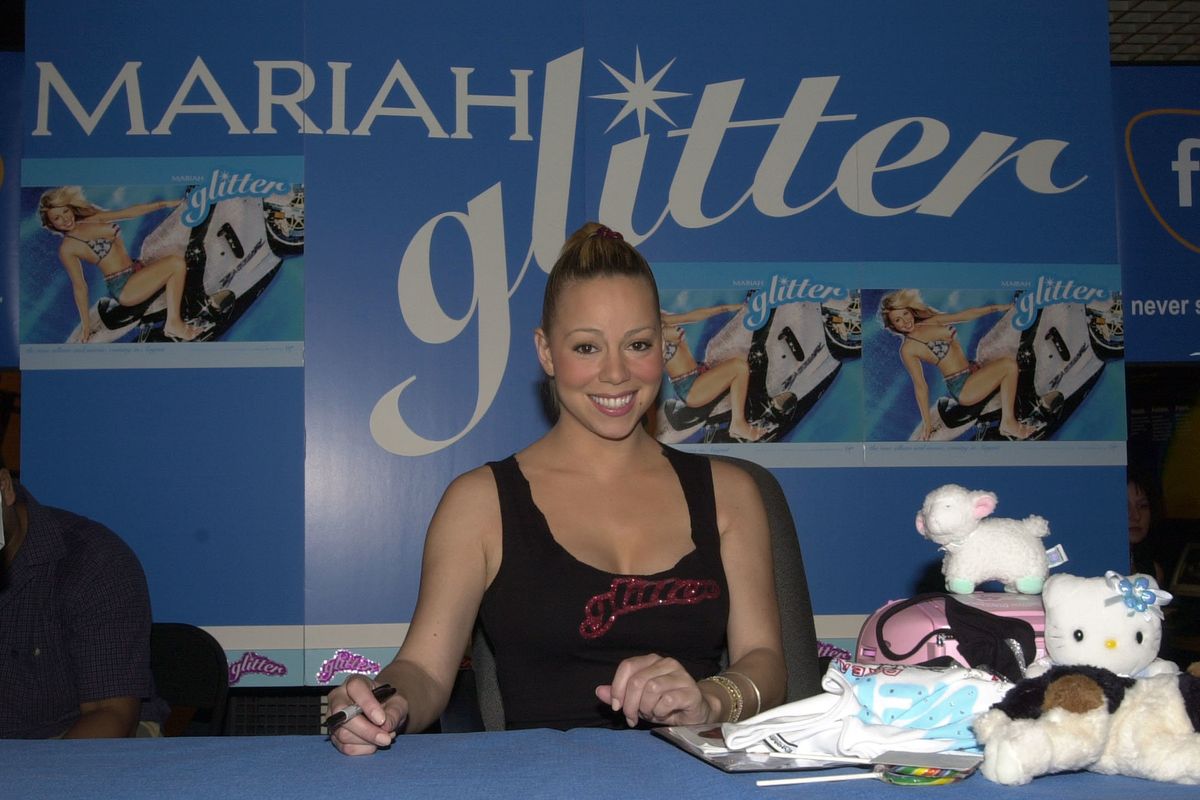 The Glitter soundtrack is currently number three on the iTunes soundtracks chart, thanks to a campaign by Carey's dedicated fan base — otherwise known as her lambs, or lambily. And it's about time. The movie was critically panned back in 2001 (we're talking seven percent on Rotten Tomatoes) and bombed upon release. Some speculate it fell victim to the curse of being released in the immediate wake of 9/11, while I personally think the world just wasn't ready.

Carey distanced herself from Glitter back in the early 2000s, but these days she's thrilled to see her fanbase re-embrace the movie. On Twitter this morning she officially endorsed the #JusticeForGlitter campaign.

Not sure what's happening but I love it! The lambily is amazing at getting #JusticeForGlitter 💕✨ https://t.co/VYt2OsEXze
— Mariah Carey (@Mariah Carey)1542197977.0

The soundtrack is discounted for US customers, priced at a bargain $4.99. But sales are increasing in other countries, too — Glitter is currently charting in Italy, the Philippines, the United Kingdom, and Australia.

It's a good time to be a lamb: Carey is releasing her new album Caution in two days, and has just announced a Christmas-themed European tour.