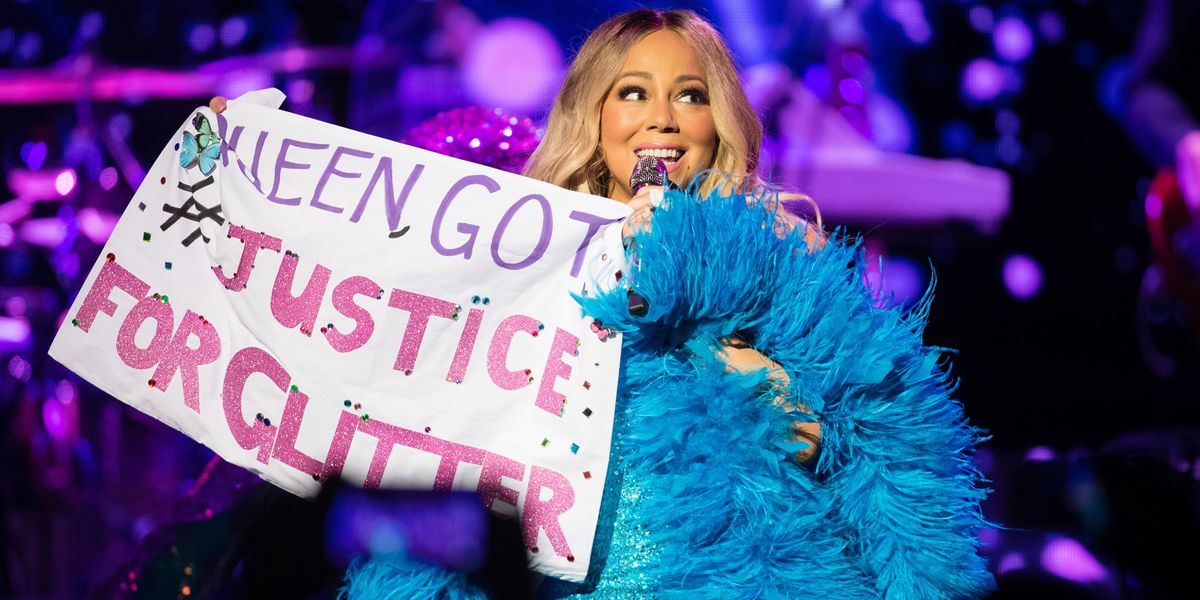 Mariah Carey, queen of pop and icon of shade, can officially add superb prank caller to her long list of accomplishments. On the first episode of her new IGTV series, "Moments with Mimi," Carey along with Blood Orange's Dev Hynes taught the children some real tomfoolery.

Hynes, who features on Carey's latest album, was first tasked with securing a gig where the makeup artist had to put makeup on a chicken. The "Hope" singer called Kristofer Buckle, known for putting Carey in male drag in her "Obsessed" video, on the behalf of the Princess of Segovia.

Allegedly, the princess wanted to replicate Carey's Enimen impersonation to walk freely among civilians and also asked to put makeup on a variety of animals (sadly lambs were not included). The pair was finally clocked when Carey, the princess's fake assistant, tried to speak to Buckle in a bizarre "European" accent.

Next Carey, obviously leaning on her acting skills honed in Glitter, shone when challenged with ordering a vegan steak from a steakhouse. Channeling her best Jersey accent, the OG skinny legend gave us peak "Let Me Speak to Your Manager" vibes as she pretended to be a publicist working on wrap party for a feature film.

To witness the hilarious wholesomeness yourself, watch the whole video below:

Mariah Carey on Instagram: “Welcome to my new IGTV series, #MomentsWithMimi, dahhlings! Watch the first episode where the amazingly talented @devhynes & I order up…”