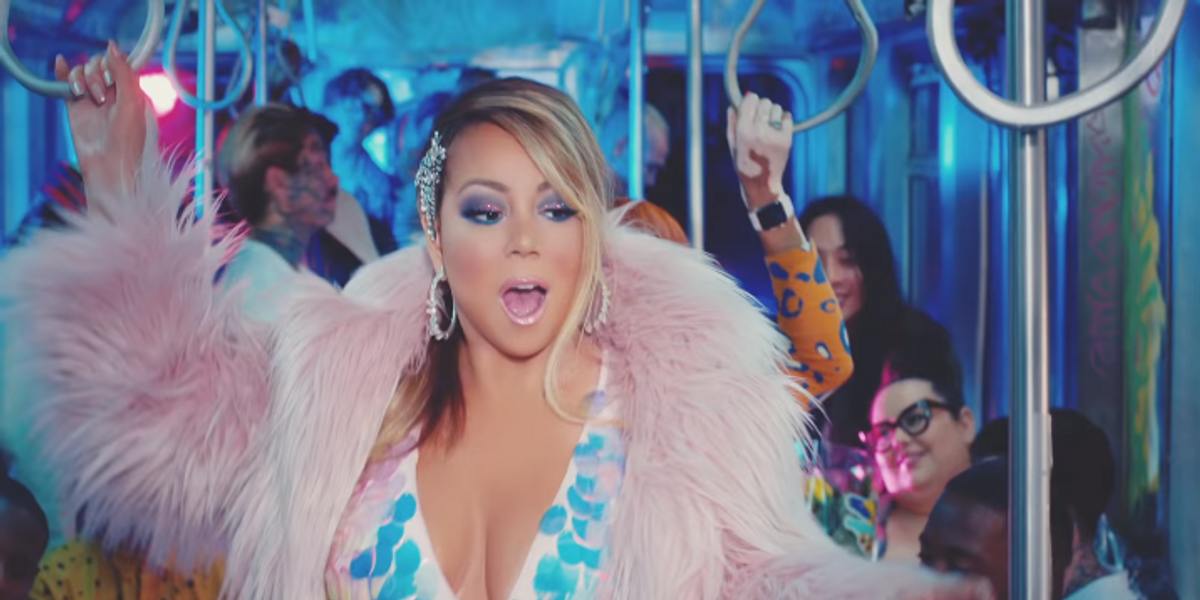 The best song on Mariah Carey's excellent new album Caution is definitely "A No No," a worthy entry into the well-established genre of pop songs about telling men to just stop. "A No No" is a TLC-style jam which samples the beat from Lil Kim's "Crush On You" from 1997. Mariah briefly speaks French in it, and hits the whistle register. There's... not much more you could ask for.

Except for a super fun video of Carey, who usually travels by private car or jet, taking public transport! The official clip for "A No No" was released today, and is set in a moving New York City subway car. Carriage number 2258! It looks like the 123, maybe?

Carey is backed by a diverse crew of dancers in the clip, which definitely wasn't filmed during peak hour. There are so many cute details to enjoy — spot subway ads with Caution album art on them, some fierce commute fashion looks, a trombone player, dabbing teens, and lots of gritty 1970s-style graffiti.

Watch the whole video for Mariah Carey's "A No No," below.