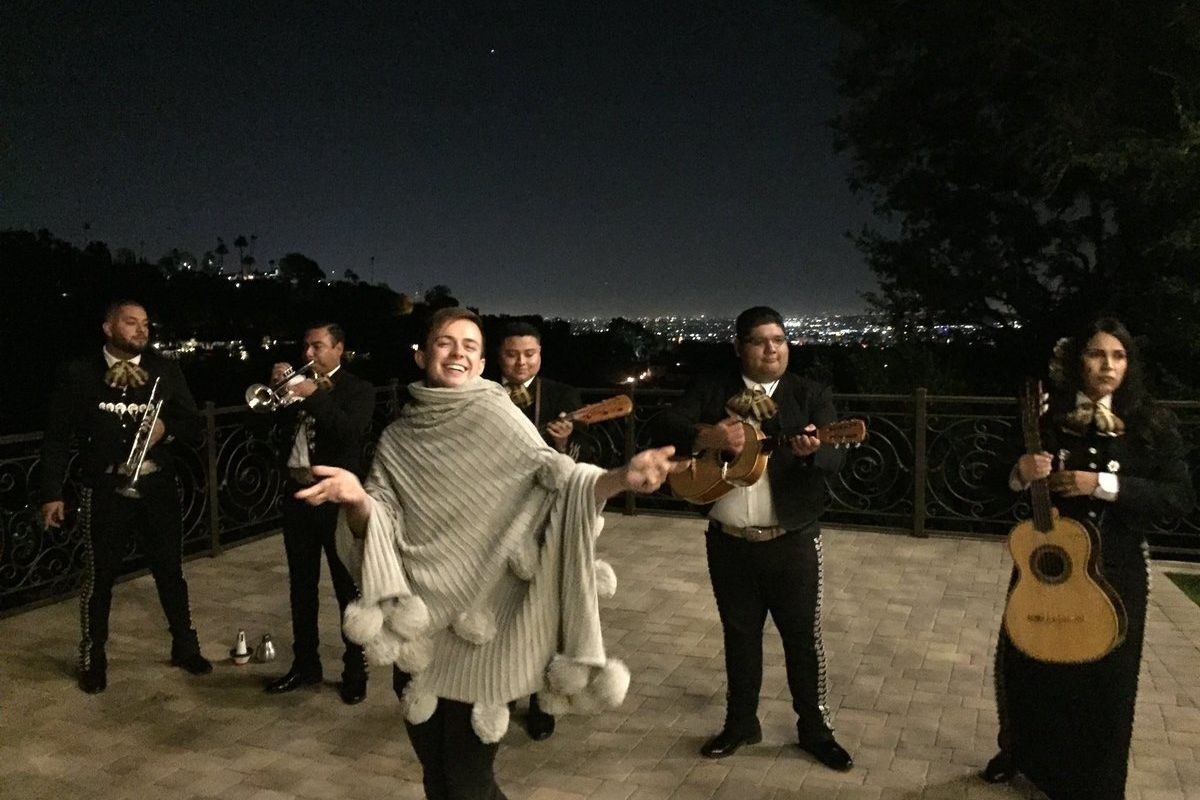 Ariana Grande's Friends Surprised Her With A Mariachi Band Playing 'Thank U, Next'

Ariana Grande has reached the inevitable "get drunk while listening to a live mariachi band" stage of her break up with Pete Davidson. According to the singer's twitter and Instagram stories, her friends rolled up to her house last night with a five-piece mariachi band, which proceeded to play her latest hit "Thank U, Next" among other more traditional serenades.

yoooooooooo i can’t believe my friends got me a mariachi band last night. that shit was wild. i think that’s the ni… https://t.co/KqeuaiJXDz
— Ariana Grande (@Ariana Grande)1541779018.0

The mastermind of the whole thing appears to have been Victoria Monét, who co-wrote "Thank U, Next" with Grande and Tayla Parx. (The trio performed the song on Ellen in tribute to groundbreaking divorce revenge film The First Wives Club.) Also present was Grande's friend Doug Middlebrook.

"Thank U, Next" continues to go extremely viral — the Victoria's Secret angels were even spotted lip syncing to it at last night's annual fashion show. Although some of them didn't seem to know the lyrics that well.

Anyway, the mariachi party looked fun. Text me next time!