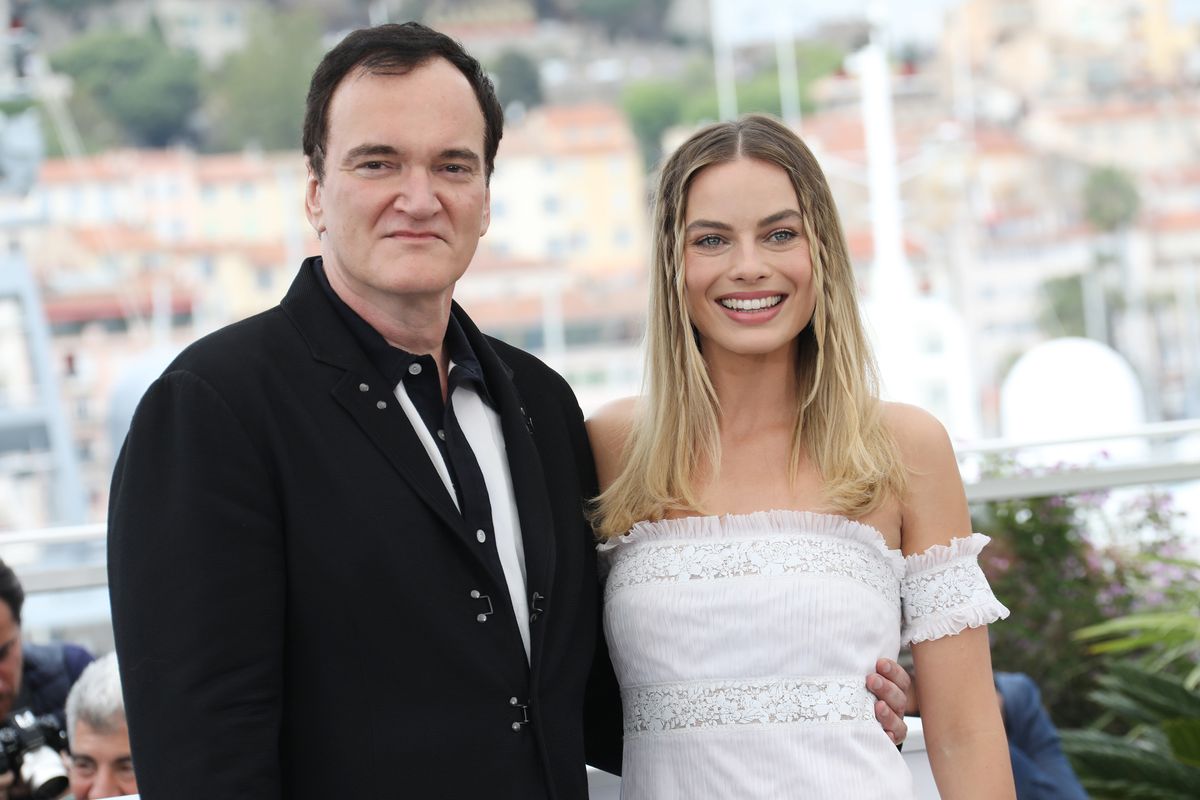 Once Upon a Time in Hollywood star Margot Robbie is defending her decision to work with director Quentin Tarantino.

The film — a reinterpretation of the infamous Charles Manson Family murders — stars Robbie as victim Sharon Tate and is the first Tarantino film to not be produced by Harvey Weinstein in the wake of the Hollywood #MeToo movement. Not only that, but it's also the controversial director's first film since Kill Bill star Uma Thurman went public in a New York Times profile about his questionable treatment of her on-set and how he convinced her to do a unsafe stunt, which resulted in Thurman getting into a car crash — an incident that Tarantino says was "the biggest regret of my life."

When asked about working with Tarantino by Vogue for their July 2019 cover story, Robbie said that she did think about whether or not people would "view this decision as conflicting with what I'm doing on the producing side."

"I don't know how to say what I feel about it, because I'm so grateful to be in a position of power and to have more creative control when that is embraced and encouraged now," she said, referencing her foray into behind-the-camera work with her production company, Luckychap. "At the same time, I grew up adoring movies that were the result of the previous version of Hollywood, and aspiring to be a part of it, so to have those dreams come true also feels incredibly satisfying. I don't know. Maybe I'm having my cake and eating it too. . . ."

However, Tarantino has also come under scrutiny recently for the curt way he responded to a journalist at the Cannes Film Festival asking why Robbie wasn't given more lines or things to do in the big role. At the time, Robbie defended the role by saying, "I think the moments I was on screen gave a moment to honor Sharon."

"To not hire first- and second-time female directors, and stake millions of other people's money, and put my name to it and everything I've worked for, but I've made the choice to do it, and I don't regret it," Robbie said, before adding that "on the flip side," it has been her "lifelong dream [to work with Tarantino]."

"I got to do it, and it makes me sad if people might hold that against me despite everything else I'm doing," she concluded.

Read everything Robbie has to say here.