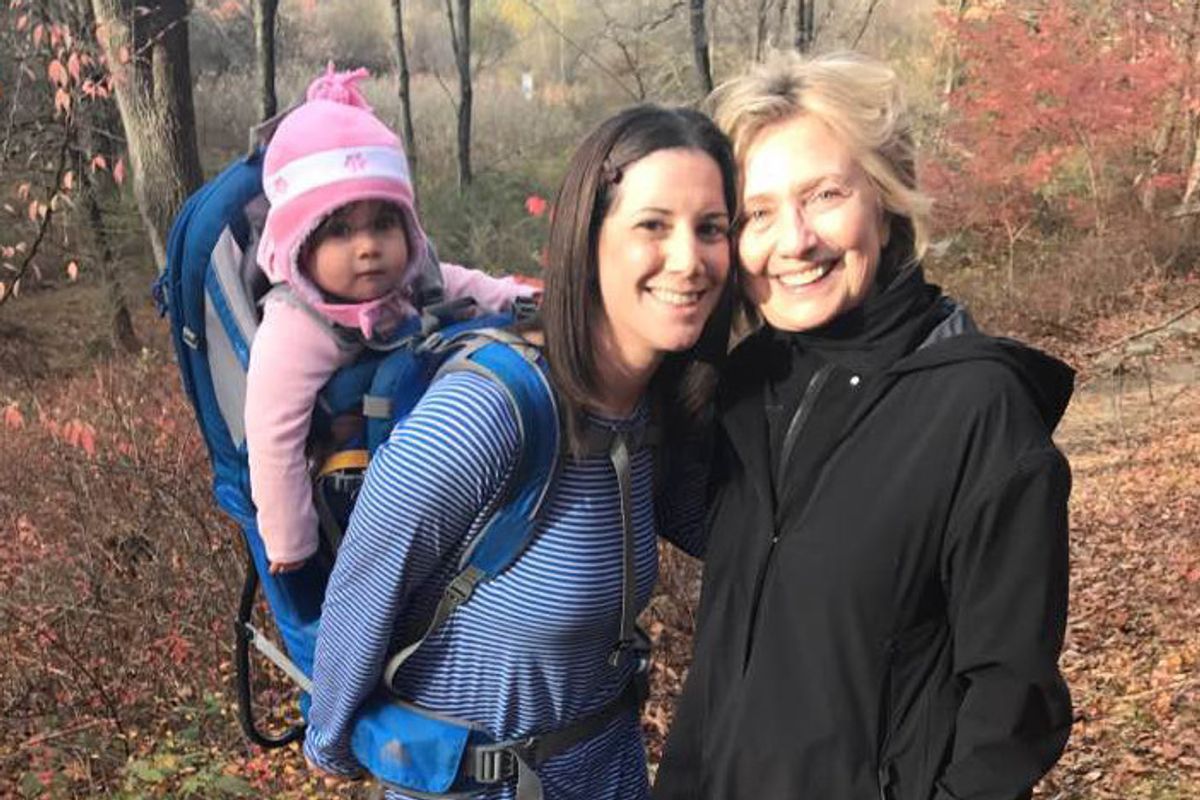 Margot Gerster, who last Thursday spotted Hillary and Bill Clinton walking with their dogs while she hikedwith her daughter and dog in Chappaqua, New York posed with Secretary Clinton in a Facebook post that soon went viral. Gerster is now receiving death threats from Trump supporters, because this world is unrelentingly wicked.

I've been feeling so heartbroken since yesterday's election and decided what better way to relax than take my girls hiking. So I decided to take them to one of favorite places in Chappaqua. We were the only ones there and it was so beautiful and relaxing. As we were leaving, I heard a bit of rustling coming towards me and as I stepped into the clearing there she was, Hillary Clinton and Bill with their dogs doing exactly the same thing as I was. I got to hug her and talk to her and tell her that one of my most proudest moments as a mother was taking Phoebe with me to vote for her. She hugged me and thanked me and we exchanged some sweet pleasentries and then I let them continue their walk. Now, I'm not one for signs but I think I'll definitely take this one. So Proud. #Iamstillwithher #lovetrumpshate #keepfighting #lightfollowsdarkness

Trump devotees, and the conspiratorial, propagandist websites fueling them, are, of course, claiming the photo is "staged," citing a fundraiser Gerster's parents threw for Clinton years back as "proof."

Gerster has confirmed to the New York Post that the death threats are, in fact, happening, but did not "elaborate." She also stated:

Our horror world spins madly on.