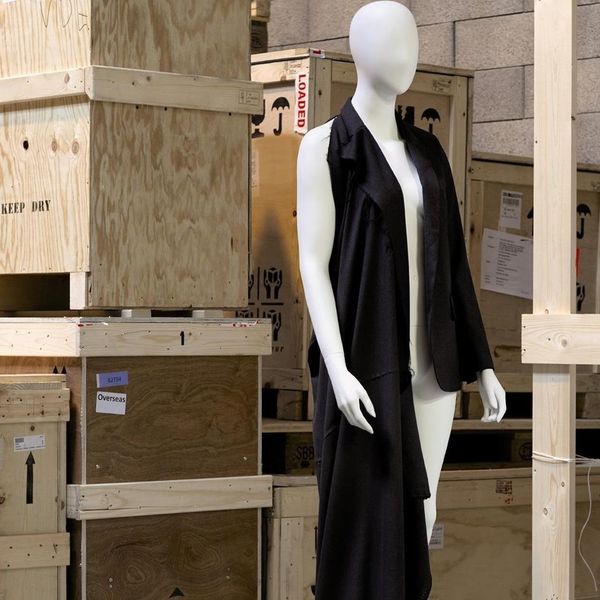 Where to Buy Vintage Margiela This Fall

Martin Margiela has a cult following like no other in fashion. As an iconoclast of industry, the designer single-handedly deemed split-toe Tabi boots and deconstructed garments as highly sought luxury goods — all while remaining faceless. Sotheby's Paris, being wise, will hold an exhibition and online auction this fall dedicated to the esteemed designer.

Related | This Model's Moody Walk Stole the Show at Margiela

Roughly 220 different clothing and accessories items will be up for bid from Sept. 19 to Oct. 1. Coming from a private collection, the goods span across a variety of his iconic Maison Martin Margiela collections including both ready-to-wear and limited edition pieces.

Most noteworthy is one of the five "playing cards" menswear vest from Maison Margiela's Artisanal collection, currently estimated between 8,000 to 10,000 euros. Other notable garments include down coats from Fall 1999 and a linen jacket from his Stockholm collection from Spring 1997.

While pieces may seem like they're listed at break-the-bank prices now, the cost will likely be sold way beyond estimates based on past auctions. At an Artcurial sale in March, a plastic dress made of dust covers from the fall 1992 collection sold for $26,662, ten folds its estimate.

The auction will coincide with two memorable Margiela anniversaries: the conception of his namesake brand in 1989 and his quiet exit from the industry in 2009. Margiela In His Own Words, a documentary the designer himself is involved in, is also slated to be released this year. The edit is currently being finalized, according to an Instagram post.