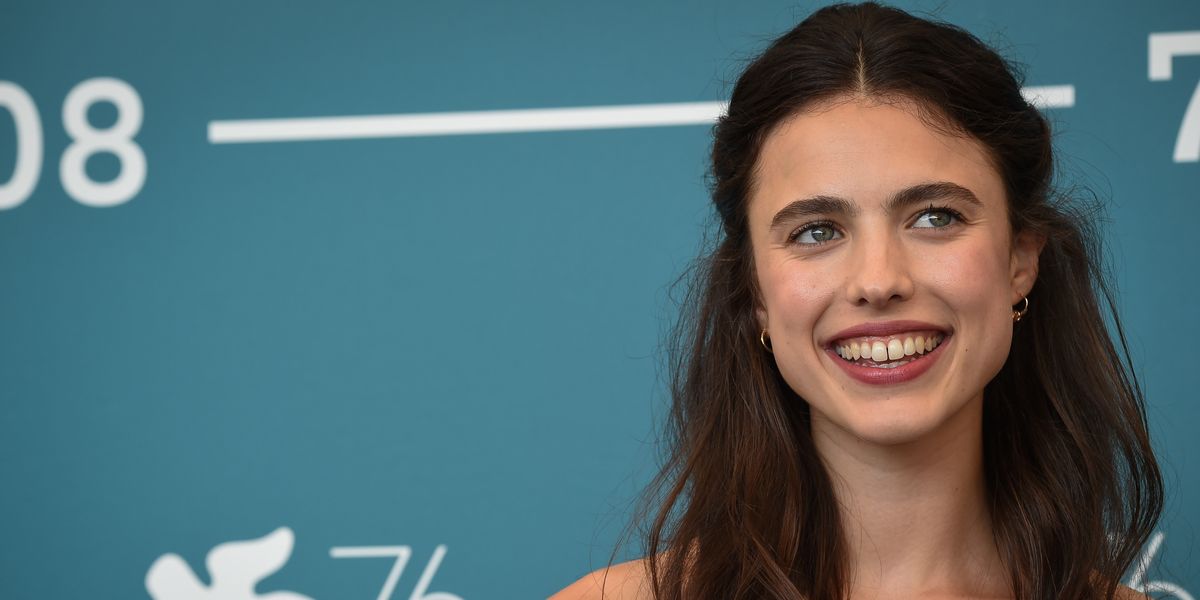 Beautiful renaissance woman Margaret Qualley is one of the hottest young actors around, but before hitting up Hollywood (1960s and present) the 24-year-old actually trained as a ballet dancer. She's put those pointe shoes to work on screen before, in a Kenzo ad directed by Spike Jonze and as Broadway icon Ann Reinking in Fosse/Verdon. Now (in between strolling around Venice arm in arm with a certain SNL comedian) she's using her skills for a fun new project: starring in and choreographing two music videos for Norwegian producer Cashmere Cat, AKA Magnus August Høiberg.

Directed by Qualley's pal Jake Schreier, the animated videos for "Emotions" and "For Your Eyes Only" focus on Høiberg's feminine alter ego, Princess Catgirl. As Catgirl, Qualley dons a motion capture suit (which she says she felt "far too comfortable in") and goes full feline.

Choreographing the moves came pretty naturally, with Qualley, Shreier, and Høiberg sending embarrassing dance videos of themselves back and forth during the initial brainstorming sessions. "I have blackmail material on both of them for sure, and they me," Qualley recalls. But the songs themselves served as ultimate inspiration." Jake is a minimalist, and Magnus has a cotton candy sunset feeling to him," she says. "So I tried to work within that space and honor both of them. Since I was a little girl I would lay in bed dreaming up choreography to fall asleep or dancing with my fingers in school to get through my less desired courses. Music is everything when it comes to dance. I won't try to explain that, because you know. It's in all of our hearts and bones."

So much better than that freakyass Cats trailer! Watch the two music videos, below.