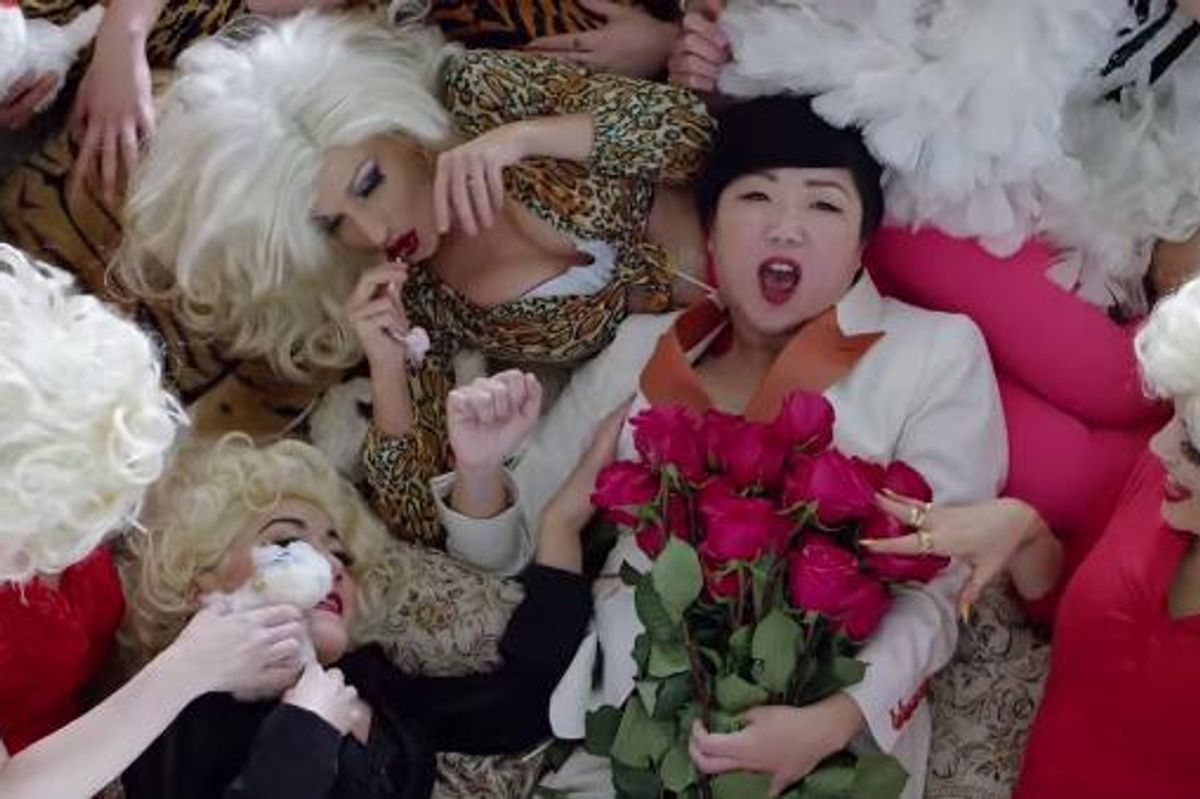 Margaret Cho Made a Tribute Video For Anna Nicole Smith

And of course it's glam.

At 39, Smith suffered a drug overdose and passed away following her 20-year-old son Daniel who died from the same instance. Smith's death occurred a few days after having her daughter, Dannielynn.

See Cho in lay in a bed of Anna Nicole Smith doppelgängers below.