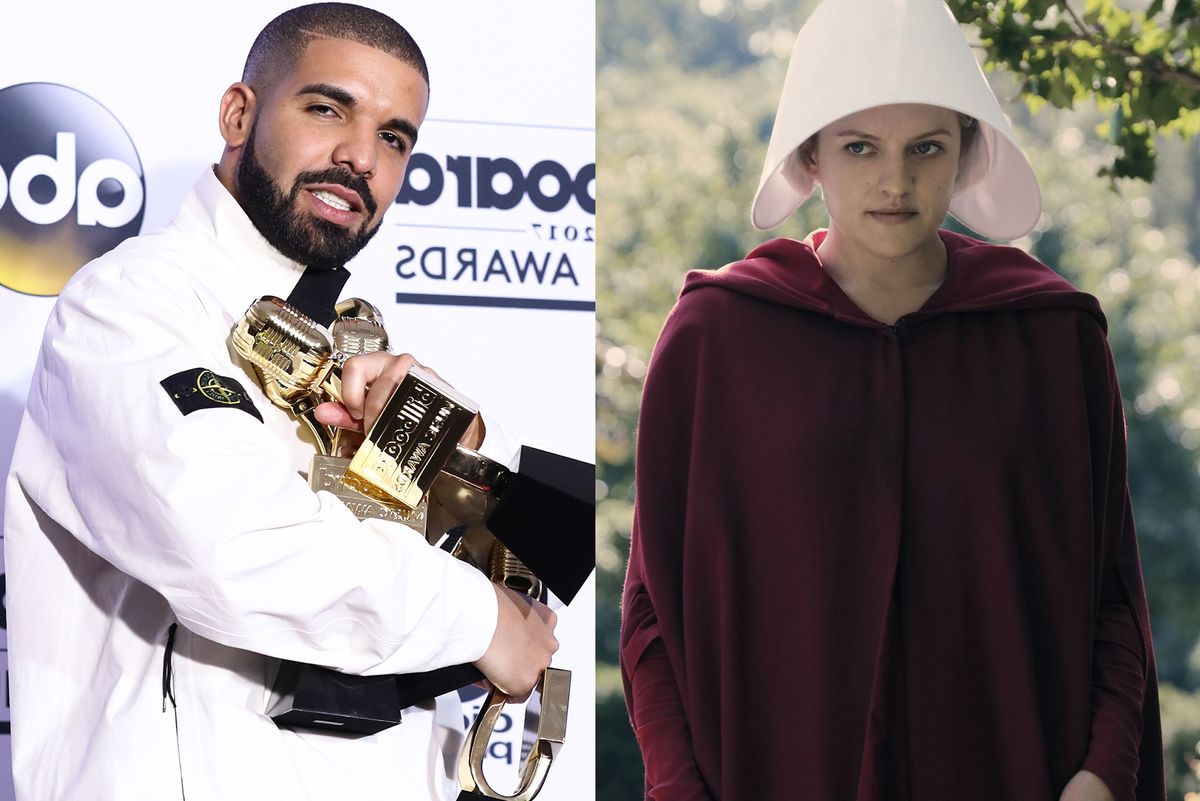 Margaret Atwood Wants Drake In Season 2 Of 'The Handmaid's Tale'

Margaret Atwood, writer of the chilling feminist dystopian novel-turned chilling "not-feminist" dystopian TV show, The Handmaid's Tale, has a fantastic idea: bring Drake to season two! In an interview with the Boston Review, Atwood was asked for some reason whether she'd ever met fellow Torontonian, Drake. Atwood replied, "I haven't met Drake, but I have of course met people who have met Drake. But you have to realize how o-l-d I am. I'm not likely to go to the same parties. Or many parties at all, to be frank." Then, dodging the interviewer's question about whether she's ever listened to his music, Atwood floated the idea of giving the Six God a cameo in season two of the Hulu show. "I'll drop that notion into the ear of Bruce Miller, the showrunner, and see what he can do with that, because of course the show is filmed in Toronto. Maybe Drake could help smuggle someone?"

I mean, Drake has a well-documented imperative to turn strippers into "good girls," so maybe it's not such a reach? Blessed be the passion fruit.