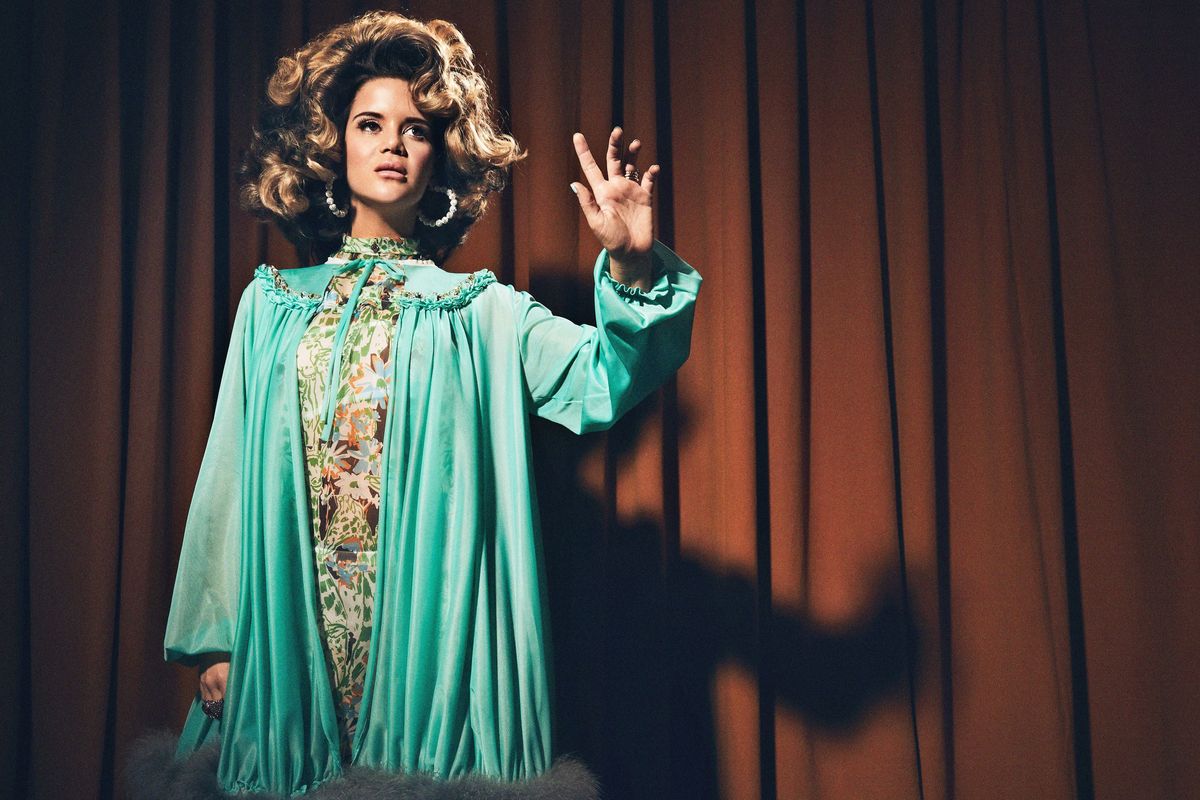 The past couple years have been a whirlwind for country star Maren Morris. Unapologetically herself, she's made just as many headlines for her progressive politics as her music, and based on her career trajectory, it doesn't seem like she's stopping anytime soon. After all, fresh off five nominations at the 2019 Grammys, Morris' long-awaited sophomore release, Girl, is also due to be released next month. And you better believe that there's a lot riding on it.

After all, Girl is the follow-up to her critically-acclaimed debut album, Hero, which "was about identifying my independence as a woman in country music that was fed up with the stereotypes women have so often been blocked into." Whether it was scenarios like the man-chaser at the party or the "girl in cut-off jeans," the Texas native says she was frustrated by "a lack of representation of what women my age were actually going through," and Hero was her way of pushing back.

But don't expect Girl to be much like its predecessor, as Morris says she's ready to try something slightly different. Because while the latter was a record centered on independence and breaking free from the stereotypes bequeathed upon women in country, Girl is more of an acknowledgment of her own personal journey toward embracing her vulnerabilities.

A record that represents her own growth over the past several years, Morris says Girl is a glimpse into the continuing evolution of a twenty-something artist hurtling toward thirty and coming to terms with her place in the world-at-large. And while she views this new album as an escape of sorts, she's also quick to emphasize that the themes she tackles on Girl are still firmly rooted in reality — though they're far more personal this time around.

"The fact I was able to write love songs this time and know what it's like to be in love [was a big difference]," she says, alluding to her relationship with husband and fellow songwriter, Ryan Hurd, "And a healthy kind of love, not a codependent, toxic kind." Not only that, but she says the record is also an acknowledgement of how she's at a point where she feels confident enough to admit that she's "okay with needing someone."

After all, the ability to lean on others is actually a sign of strength. That said, it's also something not necessarily exclusive to spousal love — a fact that Morris is also acutely aware of. Look no further than her recent video for the record's lead single, also titled "Girl." Directed by Dave Meyers, the video not only feels like a love letter to the diverse experiences of being a woman, but a call toward female solidarity, especially in an age where so much is attempting to divide us. Because while she loves that there are glimpses of "the lightness of what we do" in the video, Morris also says she was also eager to tackle "a lot of the hard topics" that affect women of all stripes — which sometimes includes the "brutally honest, ugly" things not usually seen in big-budget music videos.

"I loved how I'm not the primary focus of the video, for once," she says, explaining that there were over 65 women were cast, including actors who depicted women being assaulted or mothers at the border wall. "I'm one of them, but I love not being the center of attention. It's really about everyone else as a collective."

That said, it would be a lie to say that the past few years hasn't seen Morris evolve from a relatively-unknown songwriter to a mainstream radio heavy-hitter who has, most certainly, become the center of pop culture's attention. As someone who's embraced a genre-bending sound — look no further than collaborations with the likes of Alicia Keys, as well as Zedd and Grey on their hit single, "The Middle" — Morris has built up a diverse fanbase that includes everyone from old-school country fans to progressive, far-left pop listeners. And while a few narrow-minded critics have labeled her embrace of pop as "pandering" to a wider audience, Morris' work is far from that. If anything, she's just putting a new twist on what she knows, as a twenty-something who grew up listening to everyone from Shania Twain to Lauryn Hill.

"I think that all comes out when I write — an amalgam of all those women," Morris says. "There are notes of traditional country in my writing, tinges of pop melodies, and soul when I sing... It's just what I've been raised on and I don't identify to one sound when I make stuff." Morris pauses, before adding, "I just want it to be a great song. I just want it to feel like me, and I'm not just one color. I feel like I have this whole spectrum inside me that I want to share."

Unfortunately though, her sound isn't the only thing that's caught Morris — who's also known for her progressive politics — flak amongst country purists, many of whom still espouse conservative, right-wing politics and expect their stars to do the same. Just look at what happened to the Dixie Chicks after lead singer Natalie Maines spoke out against America's impending invasion of Iraq in 2003.

"These people now are trying to threaten your career with the threat of being erased, because you have an opinion," she says, explaining that she still sees many people using the Dixie Chicks as an example of what could happen to any artist who dares express their beliefs. "I think that's such a crazy thing that happened to a group of extremely talented women who didn't just want to shut up and sing."

And while Morris herself is also not about to just shut up and sing, she admits that sometimes the hefty responsibility of speaking out does get to her.

"It definitely causes anxiety in me whenever I post or say something that could either be made political or be completely taken out of context," Morris says, briefly alluding to the debate stirring by her song, "Dear Hate," which was recorded in response to the 2017 Las Vegas Strip shooting.

"I'm really not about taking someones Second Amendment right away, I'm more about, 'Can we have a conversation about common-sense gun reform so people can't so easily walk into a church or a school or a music fest and shoot the place up with an automatic weapon?'" She pauses briefly, before continuing, "I just think there's such a fear that comes with talking about a common-sense thing. Now that people immediately get so enraged and fired up and volatile, it scares a lot of artists into keeping quiet."

"Now that people immediately get so enraged and fired up and volatile, it scares a lot of artists into keeping quiet."

And though she doesn't speak up "for the fun of it," as we've seen plenty of times, her strong, core beliefs always supercede her hesitation, even in the face of intense backlash.

"I really speak up when I'm so fed up or passionate about something I want the people who buy my records and buy tickets my shows to know that I'm so happy you love my music, but I'm a person," she says. "I'm a taxpayer. I want to have kids someday and know that maybe I'm leaving them in a world that's better than what I found. That's really what's in my heart when I speak up about these kinds of things."

However, Morris also says the bullishness of contemporary cultural discourse tends to disillusion her, as we live in "such a noisy, chaotic, bullshit world, where we can't hear an opposing opinion without completely shutting down." That said, there are certain things she's not willing to back down about, especially when it comes to embracing country music fans of different backgrounds and identities.

"There's probably kids growing up in Georgia who are realizing they might be gay and love country, but don't really have anyone representing their point of view," Morris says, explaining that there's a "desperation" for that message in country right now. "They end up thinking through art and culture that what they feel is wrong and there are no conversations dedicated to them." And while she acknowledges that we still have a long way to go till everyone is on the same page, it's something she won't back down on — even in the face of potential blowback. Even if it alienates her fans.

"I would like my music to be standing on its own, but also not under a feeling of fear or losing a whole fanbase," she pauses for a moment, before continuing. "And just because I expressed a heartfelt, personal belief that's been made political by the powers that be."