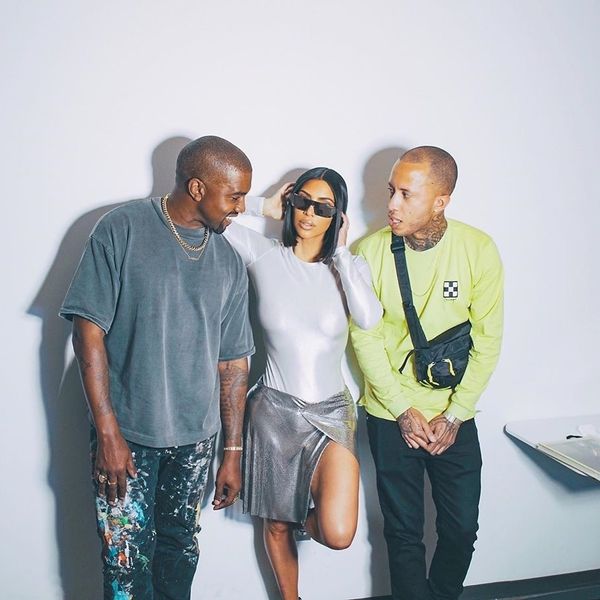 Celebrity photographer Marcus Hyde has been called out for asking models to send nude photos in advance of photoshoots. The photographer, best known for shooting Kim Kardashian and Ariana Grande, has deleted his Instagram after a story posted by LA model Sunnaya Nash that showed Hyde's DMs to her went viral. Fashion Instagram account @diet_prada, famously known for calling out knock-off designs, reposted the young model's story, which sparked an outpouring of other women sharing their DMs and inappropriate experiences with Hyde.

Grande swiftly took to her Instagram story to respond to the allegations. Without naming Hyde directly, the 26-year-old singer said called the stories "shocking and really heartbreaking," and urged her followers not to shoot with photographers for whom nudity is a requirement or coerced experience. "[I]f they tell you you have to pay more money if you're clothed that's fucked and i'm sorry that has happened to you," she wrote. "[I] promise there are so many respectful, nice, talented photographers out there." Grande then tagged three photographers she's had positive experiences with: Alfredo Flores, Ricky Alvarez and Stefan Kohli.

In a DM to Buzzfeed News, Nash said, "I'm glad she spoke up, but I don't think she was getting the point."

Kim Kardashian also addressed the allegations against Hyde on her Instagram story, writing, "I have been reading all of the messages and stories from women regarding inappropriate and inexcusable behavior of a photographer that I have worked with in the past." The reality TV star and KKW Beauty mogul continued, "My own experiences have always been professional, and I am deeply shocked, saddened and disappointed to learn that other women have had very different experiences. I stand in full support of every woman's right to not be harassed, asked or pressured to do anything they are not comfortable with. We cannot allow this type of behavior to go unnoticed and I applaud those who speak out." Hyde and Kardashian-West are seemingly very close. Last October, Hyde was in a near-fatal crash when he drove off a cliff in Malibu. Both Kim and Kanye West donated $25,000 to help cover medical costs and recovery.

The allegations against Hyde include his requesting of nude photos over Instagram DMs, stating a clothed photoshoot costs $2,000 while a nude one costs nothing, and Hyde also acting inappropriately on set, sexually harassing models. Several models also stated that even if they did proceed with a nude shoot with the photographer, they never saw their final photos. You can read some of the stories models shared their experiences with the photographer on Nash's twitter here.