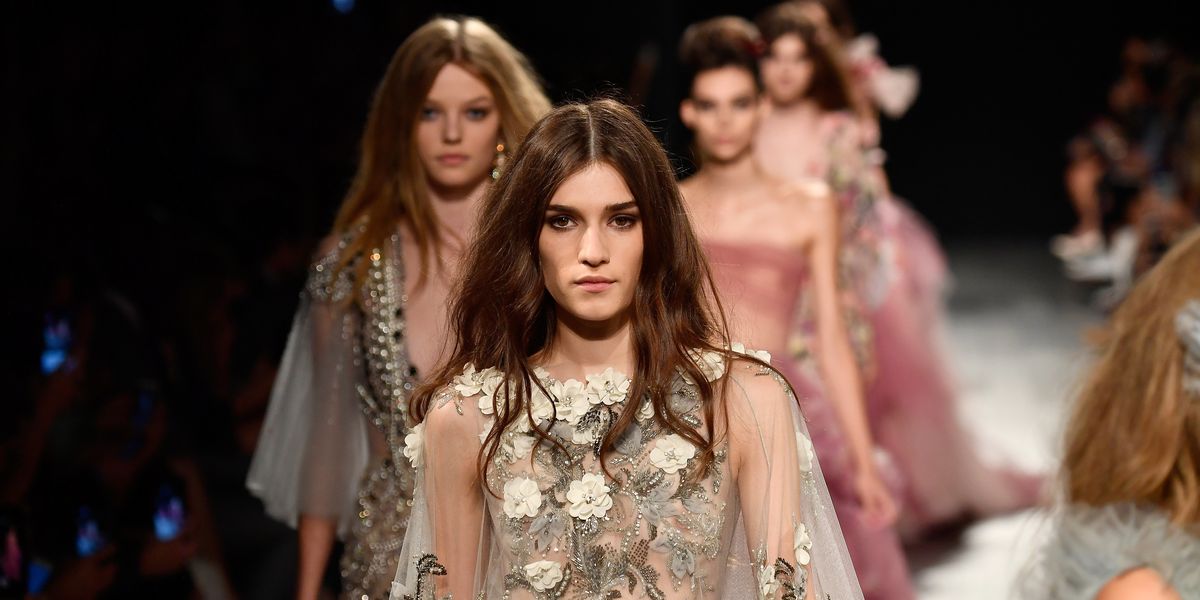 Less than two weeks before she was scheduled to make her return to the runway, Georgina Chapman has cancelled her brand Marchesa's New York Fashion Week Fall '18 show.

The news comes at a particularly sensitive moment for Marchesa, as the label has fallen onto shaky footing after the public disgrace of Chapman's former husband Harvey Weinstein.

It's now common knowledge that Weinstein, the former head of The Weinstein Company, has been accused by massive amounts of women of sexual assault and harassment. After the news began to break last year, Chapman announced in October that she would not remain in the marriage.

"My heart breaks for all the women who have suffered tremendous pain because of these unforgivable actions. I have chosen to leave my husband. Caring for my young children is my first priority and I ask the media for privacy at this time," she told People.

41-year-old Chapman has been scarcely seen in public since the Weinstein scandal — her return to NYFW was to be her grand resurfacing into the media spotlight. But a fashion week insider has reportedly told the New York Post that "Georgina couldn't go through with it. She was too scared."

Fear isn't the only factor seemingly preventing a Marchesa catwalk: the Post's insider goes on to reveal they believe Chapman's brother Edward, Marchesa's CEO, "doesn't really have the chops to navigate a boat that's in that type of water."

A spokesperson for Marchesa said the brand instead "is looking forward to presenting their Fall '18 collection in an updated format this season," presumably digitally.

Actresses like Sienna Miller and Felicity Huffman had previously come forward admitting Weinstein had threatened to damage their careers if they did not wear his former wife's designs at red carpet appearances.