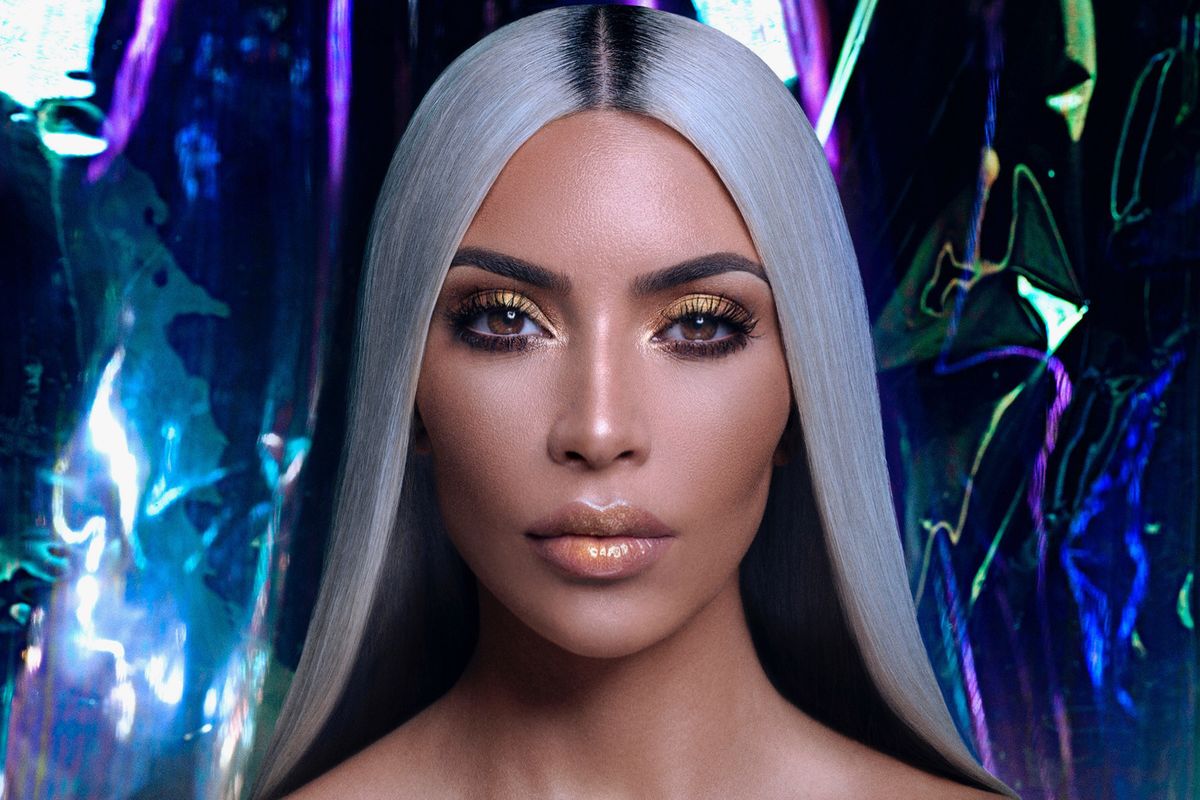 Marcelo Cantu creates worlds. Watching him edit between shots for an upcoming Maybelline campaign is an immersive experience. With breakneck speed he smooths skin, elongates lashes, and plumps lips. He notices imperceptible imperfections and then removes them with the skilled precision of a Beverly Hills surgeon. It's the kind of eye that is meant for celebrity photography, able to capture our stars not only as they are, but as we imagine them. Nights spent watching science fiction films have paid off, with Cantu now shooting campaigns with beauty's biggest names.

Despite the bustling energy around us - make-up artists perfecting models, assistants fixing props - Marcelo is calm and focused. A video of a beauty influencer glossing her lips plays on the screen of his Macbook and as if by magic, she becomes even more beautiful. Her skin becomes pore-less, her jaw more pronounced. When he finishes, he scans through a special project on his iPhone. Images of slime, prosthetics, and Avatar-like faces flash across the screen.

The diversity of images reflect how versatile Cantu is. He's worked with make-up's biggest names, including Selena Gomez's go-to Hung Vanngo, Gigi and Bella Hadid fave Patrick Ta, Amber Rose collaborator Priscilla Ono, and queen of the tutorial genre, NikkieTutorials. But Cantu's ambitions are even larger and more cinematic than simple beauty campaigns, focused not just on perfection but the place where beauty, art, and science merge.

Between breaks during a photoshoot in Soho, over pizza, we spoke about his craft, future goals, and how a self-taught photographer like himself ended up working with pop culture's biggest names.

Cantu also shared some never before seen, exclusive shots and footage from KKW Beauty's Ultralight Beam Highlighter campaign, along with some of his other work:

When did you know photography was the route you wanted to take?

I started when I was in the sixth grade. My biggest goal was to always have money for snacks. I started Photoshopping eye colors for my friends' pictures on Myspace, and I would sell each picture for $5. I had no idea it was going to become something I loved. I used to think I was going to be a plastic surgeon. I was obsessed with face augmentation - all the ways the self could be transformed. I told my parents and they told me I'd be in school for at least 10 years. I said fuck that and start morphing faces digitally.

Is that where your inspiration comes from--cosmetic surgery?

At first, yes. But when I was eight I would take trips every weekend to Monterrey, Mexico and there was this magazine called BLINK. I found advertisements from Dior and Chanel - a world of absolute perfection that was also artistic and full of stories. Flipping through pages was almost like watching a short film. I didn't understand how it was possible, and that's when I started honing a more artistic approach. I said to myself, "I want that to be me some day." Photos weren't just about cutting and splicing - they could be a story, they could be art, and I knew they should be.

How did you learn about editing and retouching?


I didn't have a social life in middle school or high school. I would spend my whole entire weekend watching Youtube tutorials. I stole my mom's portable Canon---the first camera I ever used. A few years later I got a Nikon D80 for Christmas. I started shooting with my friends and we made music videos and photoshoots. We were trying to emulate fashion campaigns. All week I'd shot them and on the weekend I'd edit while watching America's Next Top Model. It was trial and error.

Face Off and RuPaul's Drag Race motivated me to think about faces in a new way. When I started working with drag queens, I learned the most about editing and retouching. To blur the lines between genders takes restraint and a meticulous eye. Working with Duckie Thot and Golden Barbie showed me the glamorous side of the industry. When you work with public figures you have a responsibility to their brand and that really pushes you. I shoot digitally but I edit manually. The level of patience and expertise manual requires--especially when it comes to softening--forces you to become a master.

What was your first major gig?

In terms of exposure, the Anastasia Beverly Hills campaign in 2015. It was a global campaign and the first time I ever saw my work across billboards.

Definitely, it's lowered the barrier of entry, like most social media platforms. So while it gives exposure, you have to work twice as hard to stand out. Sometimes viewers don't know what's creative, and that can have an effect on the talent you're with and that can push you into a tiny bubble. But on the other hand, you have so many artists who have been able to navigate amazingly. Pat McGrath's page is legend. Even working with the Kardashians came from a DM.

Tell me a bit about how you ended up working with the Kardashians.

Joyce Bonelli reached out to me via IG to do a test shoot with Kylie. She's the one who made everything happen. I used to dream of working with them. Working with Kylie was surreal. We got to experiment with different styles and create a high-fashion alien moment. I was inspired by movies like Avatar and Fifth Element, and she was incredibly open. Kim too. Kim knows the kind of shots needed. She's familiar with so many different aesthetics and she truly knows her brand.

What was the process like working on Kim's Ultralight Beams for KKW Beauty?

Her manager reached out to me because she liked my highlighter aesthetic. It was a collaboration with her team. They told me about the concept and I started working on a mood board based on notes I was given. "Chic, fun, iridescent sparkle" were the themes. I wanted to push that, to make it edgy and glam. Avant-garde and commercial. My instinct is to keep everything simple and then enhance.

Where do you draw your influences?

Movies! I am the biggest Zack Snyder fan. He's one of my favorite directors. His cinematography is crazy. You know his movies as soon as you see his work. I strive for that. Hype Williams is another influence. All of music videos have his signature techniques. He uses lighting in the baroque sense---as an instrument.

I always wanted to be more than an Instagram photographer and thankfully, I've been able to showcase my versatility. The dream is directing large-scale projects. Movies, music videos, and commercials - that's where I plan to go.

Advice for anyone hoping to enter into photography?

It's not just enough to be passionate about one thing. You have to be multifaceted. You have to elevate your talents. You have to get your hands dirty; you've got to practice. There is no easy way - it's not a game. A good photo will not last. A great one will.

Check out the below video to get a look at Cantu's process: