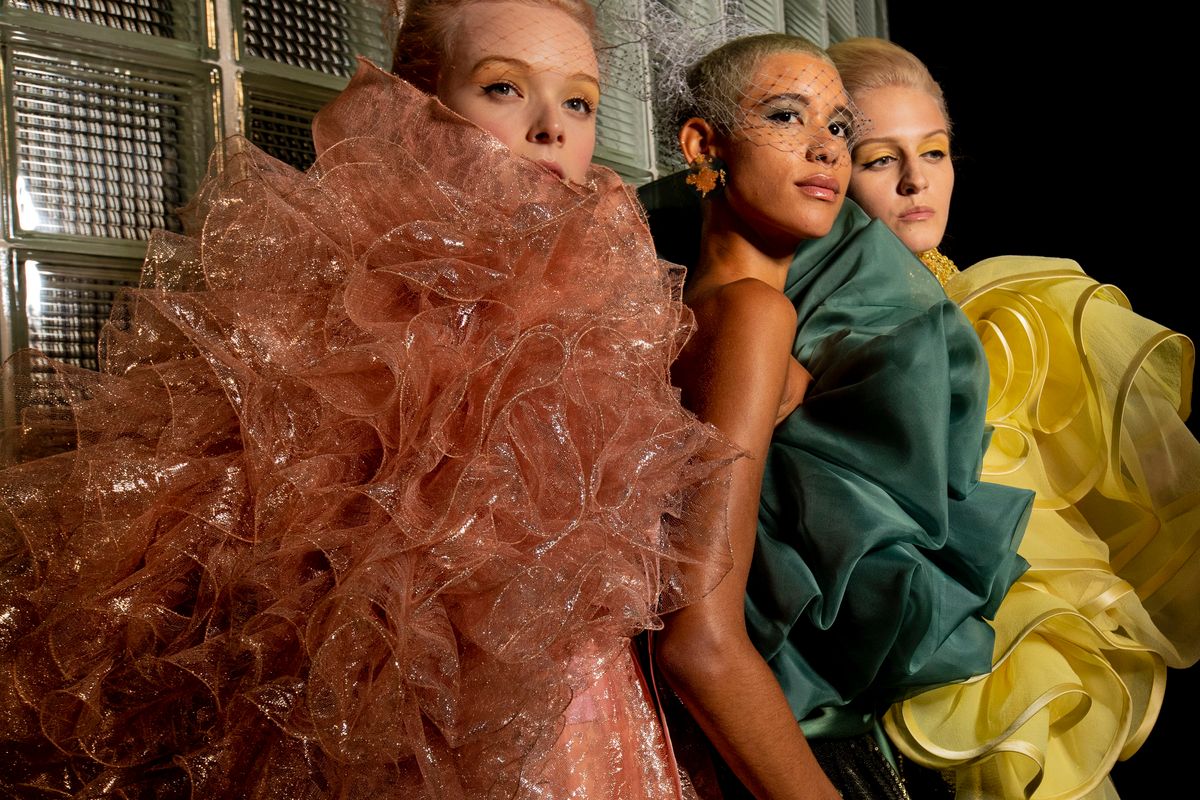 Marc Jacobs is known to change the look of his collection drastically, touting red, white, and blue prep-school style one season and scrapping it in favor of bewitching gothic glamour the next. Last night at his spring 2019 show, the designer uncharacteristically presented an iteration of his preceding collection by revisiting voluminous silhouettes, dramatic silk ruffles and rosettes, and boxy 80s tailoring. It seems after decades of sharp turns in aesthetic direction, Jacobs is shifting focus to gradual evolution from one collection to the next.

Jacobs' show (often the most punctual at NYFW) was over an hour late yesterday. Most guests — even the celebrity ones including Nicki Minaj and Emily Ratajkowski — waited patiently. At a certain point, as The Cut reports, Anna Wintour shot up from her seat and walked away. Show goers thought that she had left the venue entirely, but as it turns out, Wintour was taking a phone call adjacent to the runway.