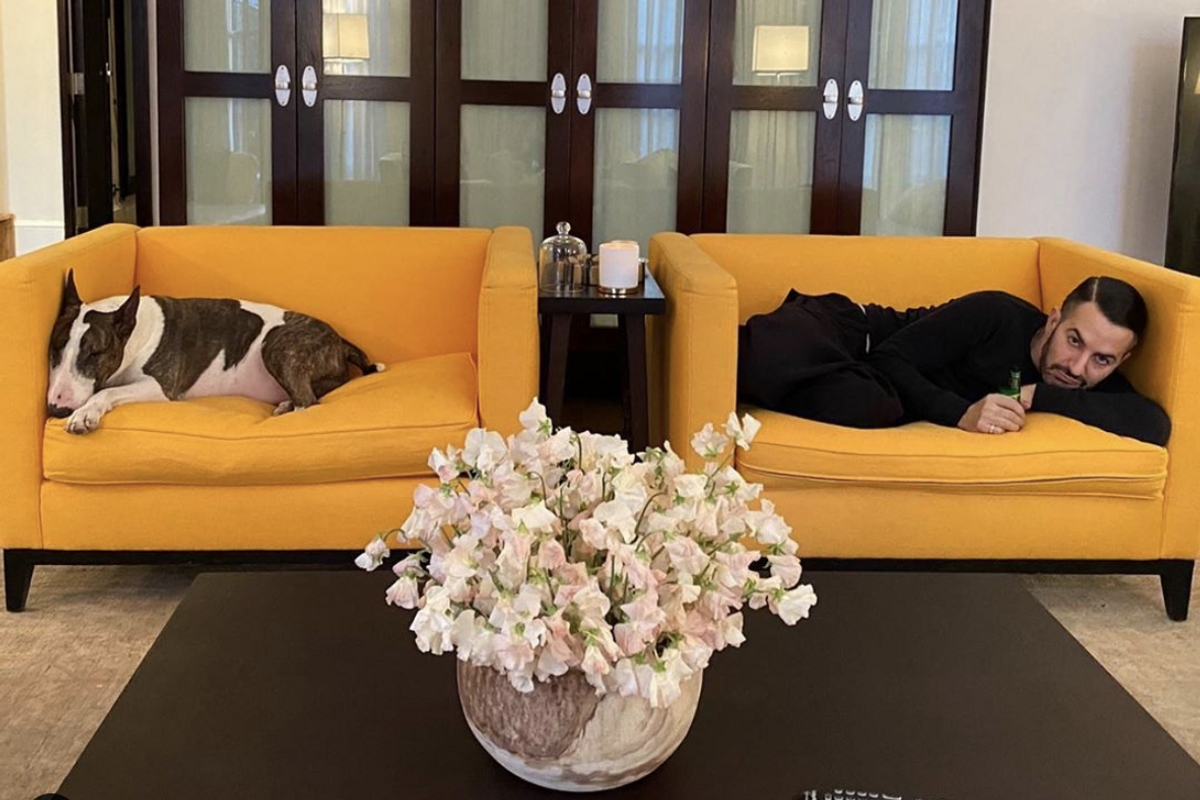 Few people seemingly made the most of their time in lockdown, like Marc Jacobs did. From his wholesome beauty tutorials to his outlandish quarantine looks, the designer was one of the handful of New Yorkers to provide some much-needed escapism on our feed this year.

For much of the spring, in fact, Jacobs was self-isolating in the near-empty Mercer Hotel, where his life in solitude was captured in a recent 24-minute film, "A New York Story." Nick Newbold, his longtime assistant and confidant, shot the mini mockumentary from the time Jacobs checked in to the moment he left with husband Charly Defrancesco as soon as the city reopened some 90 days later.

The film, which Jacobs calls a "labor of love," depicts him doing mundane tasks like ordering Seamless (a cheeseburger and fries), vaping on the bed and giving his dogs Neville and Lady a bath. In between, he plays dress-up while role playing as the lobby receptionist, housekeeper, handy-man and restaurant chef — his signature strand of pearls and Rick Owens platform boots intact.

“A New York Story” - the trailer to a short film I made during NYC’s lockdown this past spring... link in bio for the full film 📹

While the scenes are playful and cinematic, even, (Jacobs' penchant for showmanship and performance don't go unnoticed), it's also a stark reminder of how much we all really went through it this year, wherever we may be, and how much human contact was sorely missed.

"While in lockdown at the Mercer Hotel the only real, deep, human connection I had was to Nick Newbold," wrote Jacobs in a caption. "The best friend I could ever wish for. We work together on everything. I trust him with everything. Nick is that guy, the one who if you are lucky, you get the chance to know and grow with all of your life. A truly extraordinary human being that you have the privilege to call your friend. Or as I call him, Nick. #chosenfamily"

Ultimately, as the final scene demonstrates, all roads lead back to the beauty of New York and its enduring tenacity. Marc Jacobs may have not shown at Fashion Week this season, but the spirit of its founder and the city it calls home continues to be felt by all. As the final credits say, "I Love You, New York, In Sickness And In Health."