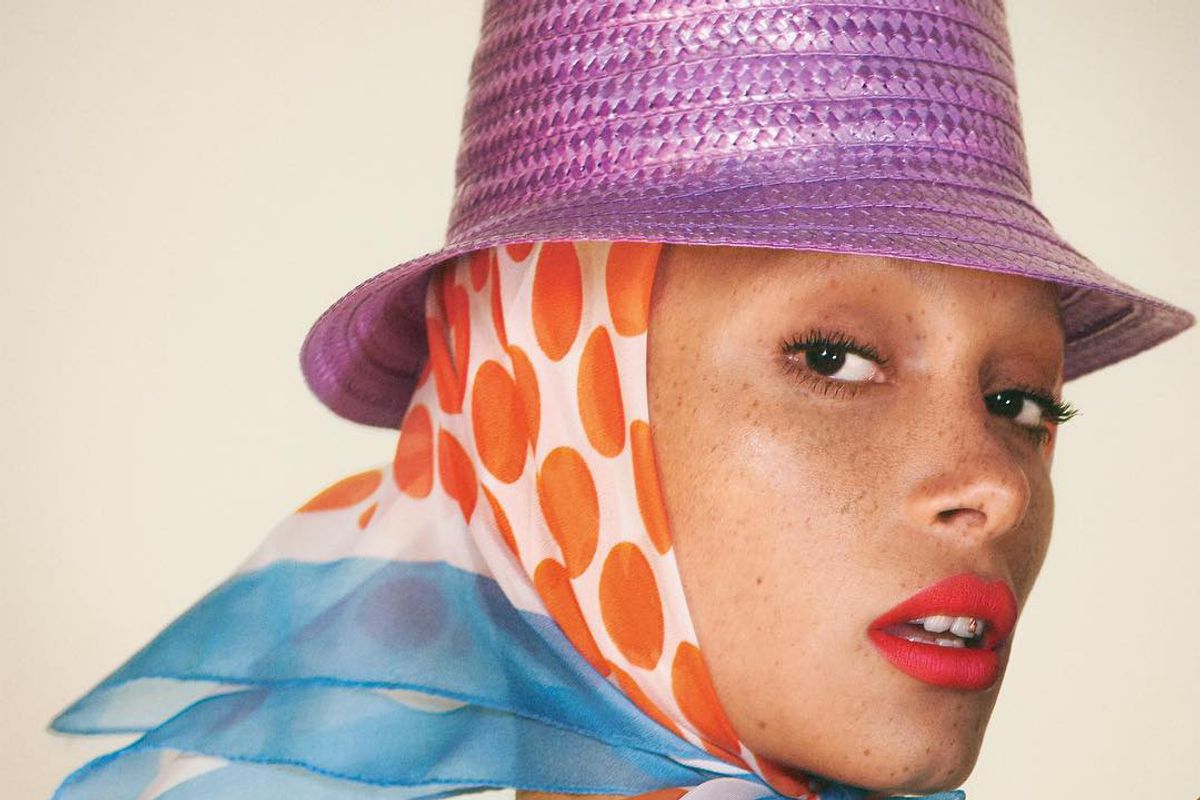 Joining the likes of Kaia Gerber, Edie Campbell and Winona Ryder, model and activist Adwoa Aboah is Marc Jacobs' newest beauty ambassador. The Gurls Talk founder and supermodel was photographed for the campaign by David Sims, with the first image seen below and the rest debuting in-store and all Marc Jacobs media platforms beginning in late 2017.

This is not the first time Aboah and Jacobs have worked together, with Aboah making her runway debut in Jacobs' AW17 show in New York.

"I am so excited to be the new face of Marc Jacobs Beauty," the model told InStyle. "To have been able to work alongside Marc once again is truly inspirational. His attention to detail is like no other and you see his vision instantly come to life."

In the shot below, Aboah is seen wearing a liquid lip crayon named Le Marc in "Rouge," from Marc Jacobs' latest beauty drop, available in-store and online this December. Aboah's turn as Marc Jacobs' beauty ambassador follows last week's news that she was nominated for model of the year by the 2017 British Fashion Council awards.