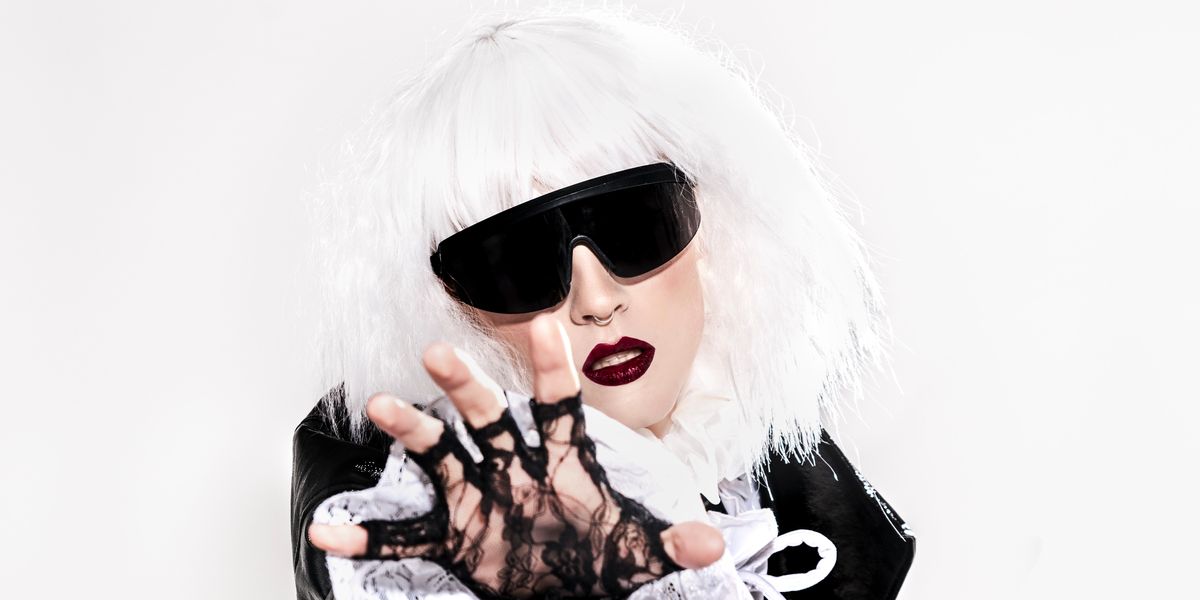 Rising Australian pop phenom Mani Blü spun their way into our hearts late 2019 with the infectious, electro-charged single "Round & Round," and it's only been up from there.

Drawing inspiration from the likes of Andy Warhol and David Bowie, as well as taking musical cues from the glossy pop nostalgia of Charli XCX, PC Music and early 2010's pop, Blü's charming high-energy bops have quickly made them a fast favorite among the young hyperpop set. Having recently opened for Dorian Electra during the Melbourne leg of their Australian tour, Blü is now finally back with their highly anticipated follow-up single, "Love In A Horror."

Related | Mani Blü Takes Us for a Spin With 'Round & Round'

Produced by Parix and Falköne, "Love In A Horror" carries on in the long-running tradition of gothic pop songs a la Kim Petras' TURN OFF THE LIGHT, Lady Gaga's "Dance in the Dark" or even Rihanna's "Disturbia," albeit Blü pulls it off with their own twist.

"I wanted to use a metaphor of love in horror films to really carry my vision, though I wouldn't really consider this a horror themed song," they explain. Rather than going the obvious route, "Love In A Horror" uses its frightening subject matter as a vehicle for examining the moment where the pursuit of love and fame turns toxic, warping the person that we thought we knew into a monster.

"I was really interested in the idea of self-preservation in these kinds of movies and stories," Blü says, making an eerily timely point. "It seems like everyone is in it for themselves until they reach the end, even risking their lovers, and I think that ties into the idea of the desire of fame and the motives behind that." You don't need to look much further than all the the videos of people hoarding hand sanitizer and toilet paper as the country prepares for lockdown to understand the uglier side of western culture's emphasis on individualism.

However, that isn't to say that "Love In A Horror" is all doom and gloom. In fact, it just might be the brightest part of your quarantined day. Full of anthemic choruses held aloft by massive sparkling synths, Mani Blü's dazzling charismatic energy is fully on display in their latest, making it so that you just can't help but feel like a teenager dancing in front of your bedroom mirror again. And in this time of corona, we could all use a little bit more of that.

Listen to the PAPER premiere of Mani Blü's latest single, "Love in a Horror," and make sure to follow them on Instagram and Twitter for all the latest.