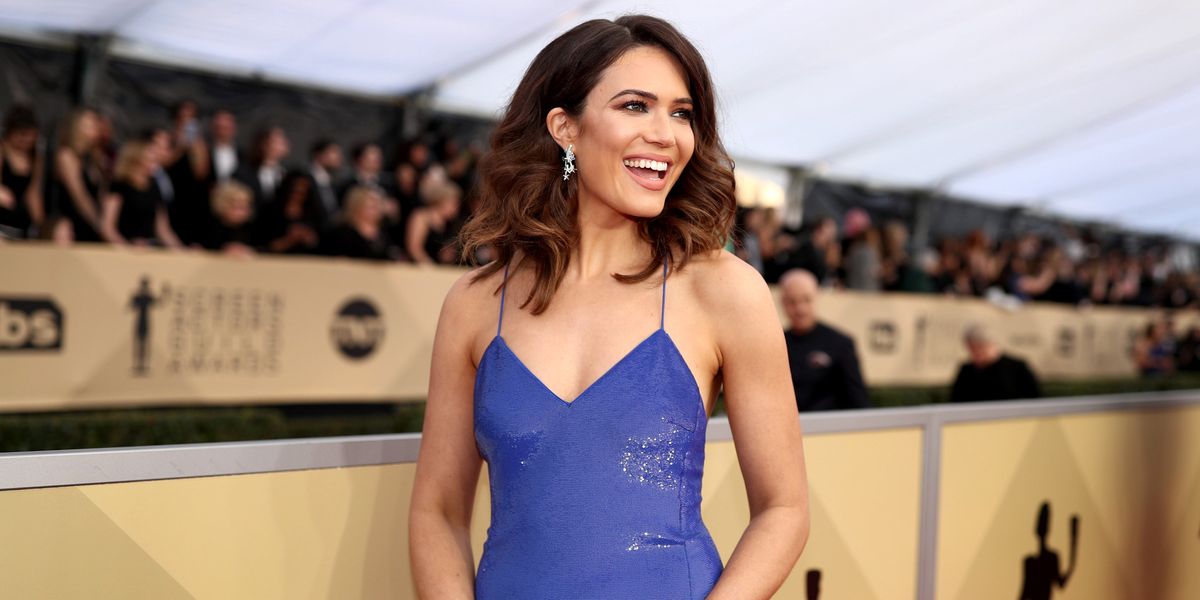 Before Mandy Moore first broke our hearts on screens big and small, she was doing it as a Britney-era pop queen. Now, she's back with her first original song in over a decade. Instead of the bubblegum bops from her early albums, her new single "When I Wasn't Watching" is a folksy, drive-around-with-the-windows-down kind of jam. Because, she's grown now.

For a refresher on the "Candy" singer's music career — low-rise jeans and all — read PAPER's retrospective lesson here. Only true Mandy stans will remember her 2009 album Amanda Leigh, her final output before these quiet 10 years.

The This Is Us star hasn't been keeping her vocals to herself this whole time. On the NBC melodrama, where Moore plays an aspiring singer in flashbacks, viewers get to hear her character Rebecca sing a few special times. Moore also co-wrote the song "Invisible Ink" for the show with her IRL husband, Dawes frontman Taylor Goldsmith. Moore's husband has been a big supporter of his wife's music career, and appears to be a collaborator on her new music.

"I watch her light up as she gets to express herself again as a songwriter and singer in the way she hasn't in a long time. It's so inspiring," Goldsmith told People. "Everyone that is a part of it, we're always just making sure it's something she identifies with. She's our captain, she's steering the ship and that's how it should be. We're really just there at her service and it's been a true joy."

Moore's new music is a benchmark for growth and change. Earlier this year, The New York Times reported her ex-husband Ryan Adams's history of alleged emotional abuse of young women in the music industry. Moore explained in the report that Adams was controlling and discouraging of her career, and had much to do with her long hiatus from the industry.

"I think everyone's had the experience of feeling lost and not quite understanding how you've found yourself at a certain point in your life. And I think the key is not to judge yourself for that. I'm a big believer in the idea that what you've journeyed through is ultimately going to factor into the person you become, and how you'll greet whatever big challenge you face next," More said in a statement, of the life experiences that inspired "When I Was Watching."

Moore's full album is reported to drop sometime in 2020.